The former shadow home secretary urged the Labour leader to ‘listen’ to trade unions as they engage in industrial action during the cost-of-living crisis.

She added to the pressure on Sir Keir to reverse his ban on top MPs supporting striking workers on picket lines.

In a challenge to Sir Keir’s stance, Labour members yesterday passed a motion at the party’s conference in Liverpool to express support for all MPs who ‘show solidarity’ with those on strike.

Left-wing activist group Momentum also mocked Sir Keir by taking a cardboard cut-out of the Labour leader to a dock workers’ picket line in the city.

Sir Keir caused a major rift with his party’s left wing and trade unions earlier this year when he ordered his front bench not to join rail workers outside train stations during crippling nationwide strikes.

He also sacked shadow transport minister Sam Tarry – who is widely reported to be in a relationship with Labour deputy leader Angela Rayner – after he gave a TV interview on the picket line during recent rail strikes.

Sir Keir has tried to explain his ban on shadow ministers joining picket lines as part of a challenge for Labour to ‘get in the mindset of being in government’. 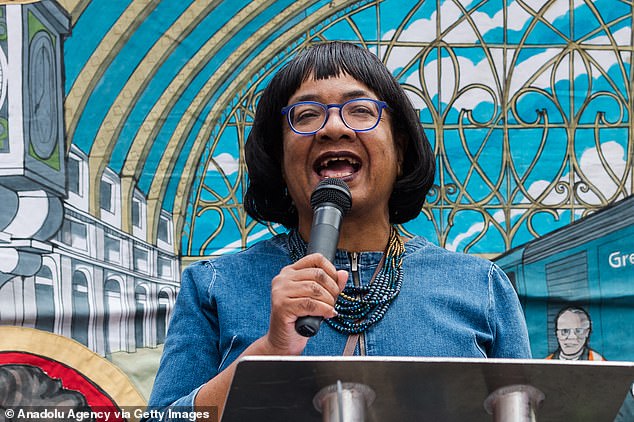 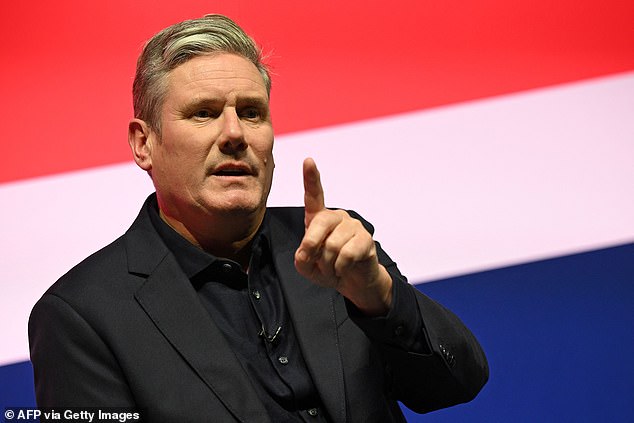 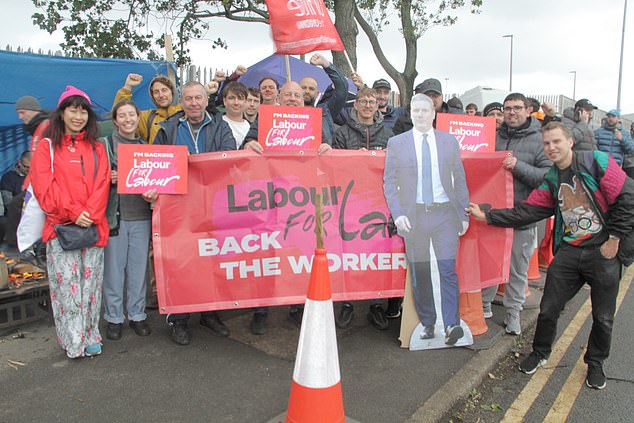 But Ms Abbott, who is not attending this year’s Labour conference as she celebrates her 69th birthday today, warned Sir Keir not to move further away from trade unions.

In his keynote speech at the Liverpool conference this afternoon, Sir Keir will directly recycle Tony Blair’s claim that Labour represents the ‘political wing of the British people’.

When Sir Tony used those words in 1996, the year before the first New Labour government, it was seen as evidence he was moving the party away from trade unions.

‘I hope that in quoting those particular lines of Tony Blair that Keir isn’t seeking to distance himself from the trade union movement,’ Ms Abbott told BBC Radio 4’s Today programme.

‘Because I think that would be a mistake.’

Labour’s conference motion yesterday voted for a motion  which calls for a negotiated settlement in the ongoing rail dispute and ‘supports all Labour MPs attending the picket lines until such an outcome is reached’.

‘Conference notes that a good way of showing solidarity with workers taking strike action is to visit them on picket lines,’ the motion added.

Calls to support striking workers received a standing ovation from Labour members in the conference hall.

‘I think Keir will come and join us on Saturday morning in his own constituency outside Mount Pleasant,’ Mr Ward told the Labour conference.

‘We’ll get a bacon butty ready for him. Keir, let us know if it’s brown or red sauce you want?’

He added: ‘Keir, if you believe in the sovereignty of this country, don’t worry too much about whether people sing the national anthem, get out there, show your support that you’re going to save the Royal Mail.’