Sunak braces for showdown with Macron over Channel migrant crisis

Rishi Sunak braces for showdown with Emmanuel Macron over Channel migrant crisis: PM will push for deal when he holds talks with French President at COP27 summit in Egypt

Rishi Sunak has vowed to ‘get a grip’ on the Channel migrant crisis ahead of crunch talks with Emmanuel Macron later today.

The Prime Minister and French President are due to meet this afternoon at the Cop-27 climate summit in Egypt.

Around 40,000 people have arrived in Britain after crossing the Channel so far this year, with Mr Sunak under severe pressure to tackle the issue.

The extent of the crisis has also been thrown into sharp relief by the recent overcrowding chaos at the Manston asylum processing centre in Kent.

During their talks, the PM is expected to push Mr Macron for a deal on reducing the number of small boat crossings – including on allowing Border Force officials onto French beaches.

Ahead of the meeting, Mr Sunak revealed he had spent more time working on the Channel migrant crisis than anything else other than his Autumn budget in recent days. 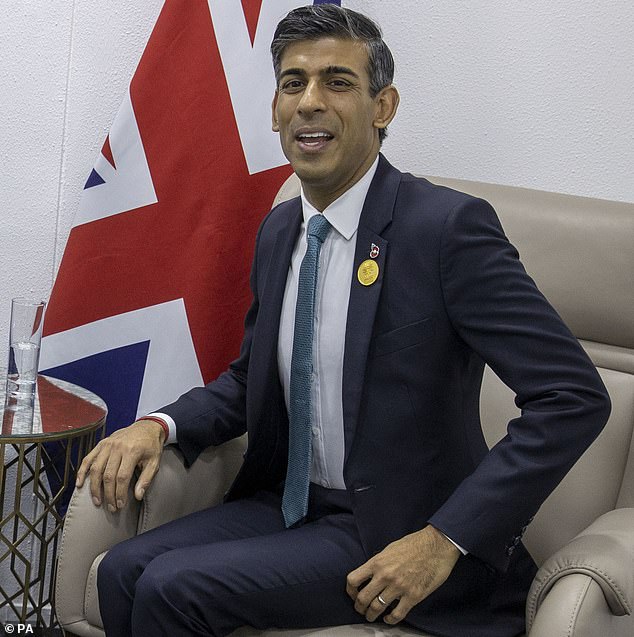 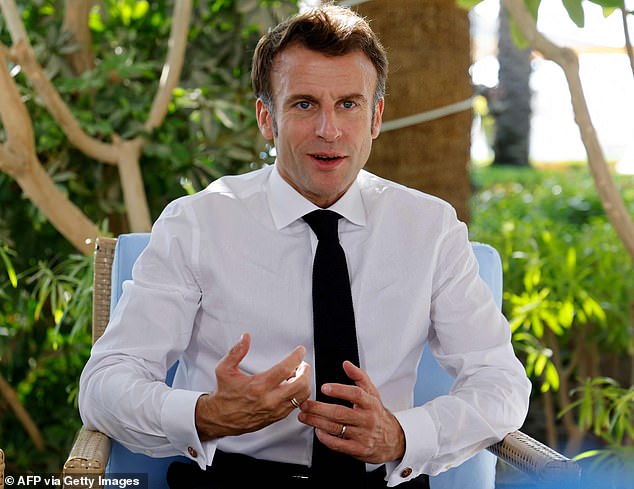 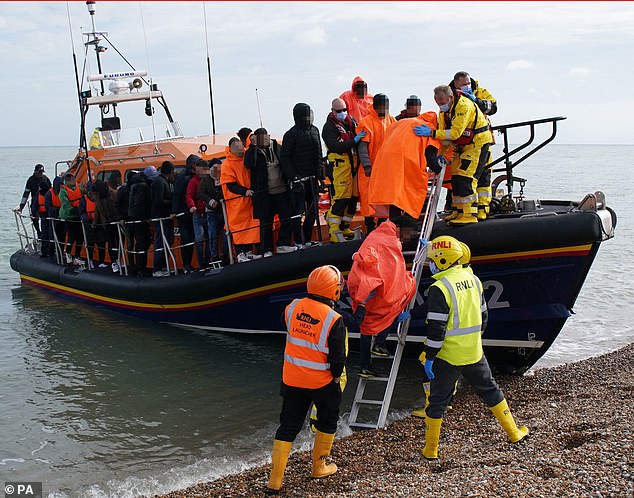 Around 40,000 people have arrived in Britain after crossing the Channel so far this year, with Mr Sunak under severe pressure to tackle the issue

The PM told The Sun: ‘It’s very important to me, I want to make sure that we absolutely tackle this problem.

‘Prime ministers can only spend their personal time on a handful of really key priorities, this for me is absolutely one of those.

‘I have spent more time working on that in the last few days than anything else other than the Autumn Statement.’

Mr Sunak also told the newspaper that Britons should ‘feel good about providing sanctuary to those who really need it’.

But he stressed this needed to be done ‘legally and fairly’, adding: ‘We can’t have people coming here who are breaking the rules, exploiting that compassion that undermines trust in the system and contains a lot of pressure, which is hard for us to deal with.

‘We have to get a grip, do a range of things to stop it from happening, return people who shouldn’t be here in the first place.’

The PM also gave his backing to embattled Home Secretary Suella Braverman, who is under extreme pressure over her handling of the Channel migrant crisis and what she has described as the UK’s ‘broken’ asylum system.

Business Secretary Grant Shapps – who was briefly home secretary when Mrs Braverman resigned last month before being reappointed by Mr Sunak six days later –  claimed Mr Sunak had ‘hit it off well’ with Mr Macron since entering No10.

He told BBC Radio 4’s Today programme: ‘I was just for one week home secretary and I saw the extent of the problems with people being illegally transported across the Channel in dangerous conditions.

‘The more that we can work with our partners in France to stop people from leaving those shores in the first place, the better.

‘One of the figures that’s really stuck out to me whilst I was in the Home Office as home secretary was the French had already stopped 29,000 people leaving their shores this year.

‘If we can improve that, if we can stop more people from leaving, working with the French, then clearly that will relieve the pressure on our shores in Kent and elsewhere.

‘And so I think that’s what the PM’s looking for in his discussions with President Macron and I think the two of them have hit if off well and I hope to see more progress there.’

Justice Secretary Dominic Raab has revived his plan for a British Bill of Rights – which was scrapped by former PM Liz Truss – to reduce the influence of the European Convention of Human Rights.

The Strasbourg court has put a temporary block on the Government’s £120m plan to send some asylum seekers to Rwanda, which ministers have claimed could reduce the number of Channel crossings.