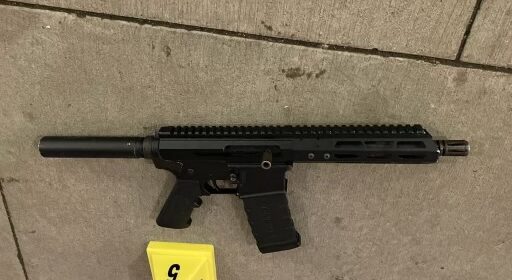 A suspect is in the hospital and an officer has been placed on leave after an early Sunday morning shooting on Boulder’s University Hill.

Boulder Police Chief Maris Herold said in a 7 a.m. briefing that two officers were in an alley in the 1200 block of Pennsylvania Avenue while responding to a disturbance call for loud noise. At 1:27 a.m., dispatch alerted them to shots fired in the area.

As the officers came running out of the alley onto Pennsylvania Avenue, they saw a suspect firing a weapon, Herold said. She was not able to specify who the suspect was shooting at.

One of the officers opened fire, hitting the suspect. Two other people ran away and neither officer was injured.

“We were very lucky there wasn’t a large crowd out, but there were people out,” Herold said, referencing the timing of the shooting.

Herold said investigators believe at least three weapons were involved in the shooting based on the casings found at the scene. She said officers are looking for more than one suspect, but she could not specify an exact number of suspects, citing the early stage of the investigation.

She said officers do not yet have a good description of the other suspect or suspects and it’s not clear whether they knew each other or whether any of them have ties to the nearby University of Colorado Boulder. She said investigators are reviewing witness reports and surveillance footage.

The officer who opened fire has been placed on paid administrative leave while the shooting is investigated according to department protocol.

A Boulder police news release stated that road closures in the 1200 block of Pennsylvania Avenue are likely to remain in place for much of the day. Civilians are asked to avoid the area.

The release also stated that a felony menacing with a gun that happened at 2:02 a.m. nearby in the 1100 block of University Avenue is not believed to be related to the shooting.

Herold said investigators believe there are more witnesses to the shooting because people were out in the area when it happened. Anyone with information on these incidents is asked to call Detective S. Cantu at 303-441-4328 in reference to case 22-09880. Community members can upload video and photos to bouldercopd.evidence.com/axon/citizen/public/universityhillshooting.