Top Taiwan defence research expert, 57, who was in charge of missile production is found dead in his hotel room ‘of a heart attack’

The deputy head of Taiwan defence ministry’s research and development unit was found dead on Saturday morning in a hotel room, succumbing to a heart attack, according to the official Central News Agency.

Ou Yang Li-hsing, deputy head of the military-owned National Chung-Shan Institute of Science and Technology, had died in a hotel room in southern Taiwan.

Authorities said 57-year-old Ou Yang died of a heart attack and the hotel room showed no sign of any ‘intrusion’, CNA said.

His family said he had a history of heart disease and had a cardiac stent, according to the report.

Ou Yang was on a business trip to the southern county of Pingtung adding that he had assumed the post early this year to supervise various missile production projects.

The military-owned body is working to more than double its yearly missile production capacity to close to 500 this year, as the island boosts its combat power amid what it sees as China’s growing military threat. 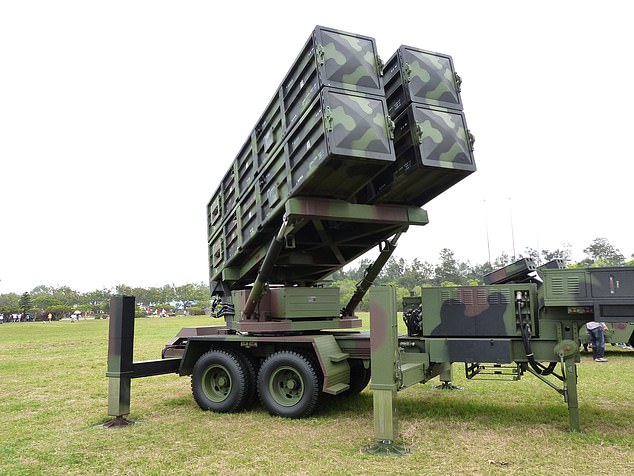 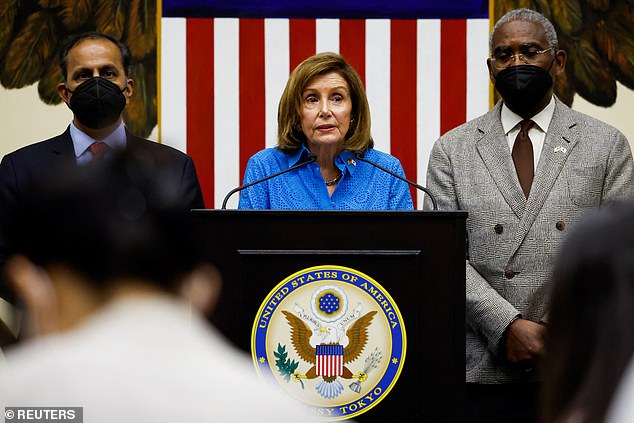 It come as an enraged China halted dialogue with the US on climate change, military issues and anti-drug work as part of their retaliation for Nancy Pelosi’s ‘provocative’ Taiwan visit – with diplomatic tensions reaching boiling point.

Earlier, Beijing decided to sanction House of Representatives Speaker Pelosi and her immediate family in response to her ‘vicious’ actions and after their military fired 11 ballistic missiles into the Taiwan Strait – with five landing in Japan’s exclusion zone – and surrounded the island.

‘Despite China’s serious concerns and firm opposition, Pelosi insisted on visiting Taiwan, seriously interfering in China’s internal affairs, undermining China’s sovereignty and territorial integrity, trampling on the one-China policy, and threatening the peace and stability of the Taiwan Strait,’ a foreign ministry spokesperson said in a statement.

A spokesman for the communist government then compared the United States’ behavior to the slaying of George Floyd at the hands of cops in Minneapolis.

Hua Chunying wrote: ‘We cannot allow the US to take itself as “world policeman” and treat other countries like George Floyd whom it can bully and strangle at will.’

It emerged that the White House summoned Chinese ambassador Qin Gang on Thursday to condemn escalating actions against Taiwan and reiterate that the United States does not want a crisis in the region. 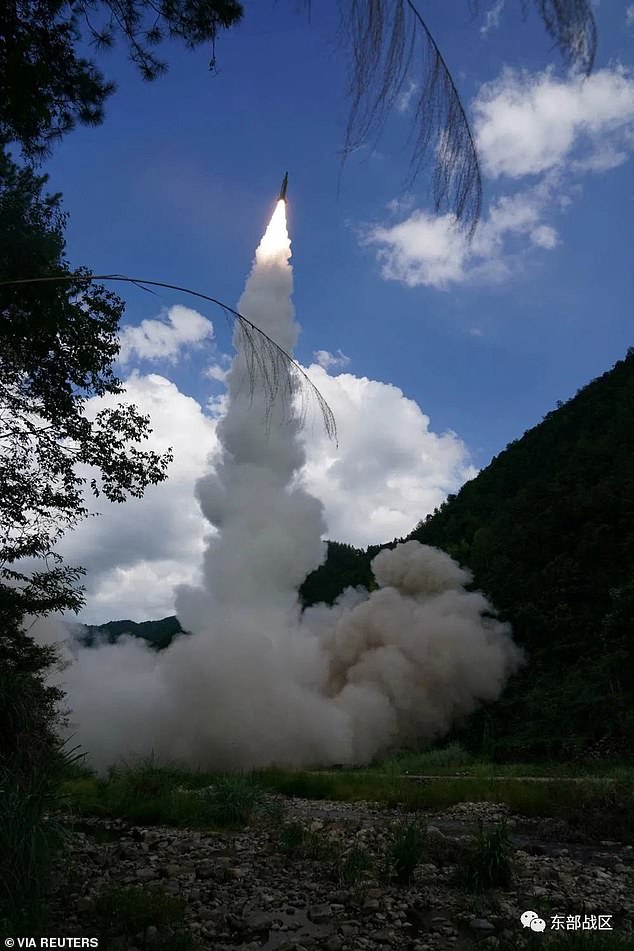 The Rocket Force under the Eastern Theatre Command of China’s People’s Liberation Army (PLA) conducts conventional missile tests into the waters off the eastern coast of Taiwan, from an undisclosed location

The Biden administration has thrown their support behind Pelosi’s trip as a way to promote democracy in Taiwan and have criticized Beijing’s ‘sabre rattling’ and ‘unnecessary’ military drills.

‘After China’s actions overnight, we summoned Ambassador Qin Gang to the White House to démarche  him about (China’s) provocative actions,’ White House spokesman John Kirby told the Washington Post. A démarche is a protest through diplomatic channels.

‘We condemned the PRC’s military actions, which are irresponsible and at odds with our long-standing goal of maintaining peace and stability across the Taiwan Strait.’

Taipei said multiple Chinese warships and fighters today crossed the ‘median line’ that runs down the center of the Taiwan Strait, separating it from the mainland.

The line is an unofficial but previously widely-recognized border that Beijing insists ‘no longer exists,’ as it tries to exert control over its much smaller neighbor.