One man is feared dead after two teenagers jumped off a south coast pier into three feet of water yesterday.

The two men, believed to be teenagers, dived off Brighton Palace Pier at low tide on Sunday evening, police said.

It is believed they dived head first off the historic pier when the water below was at its lowest depth.

One is feared dead and a second teen is believed to have serious head injuries.

Emergency services were called around 6:30pm. 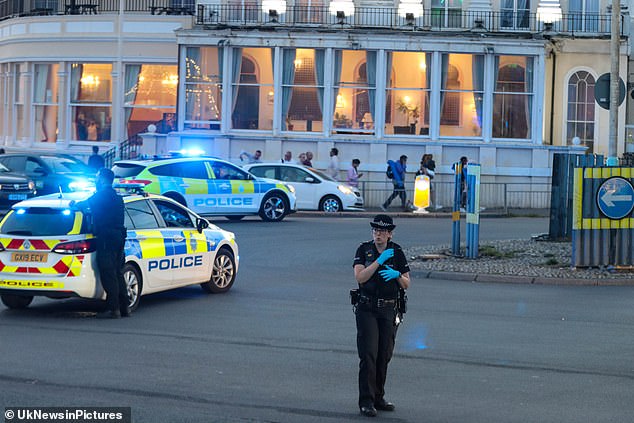 Police and other emergency services were called to Brighton Palace Pier around 6:30pm yesterday 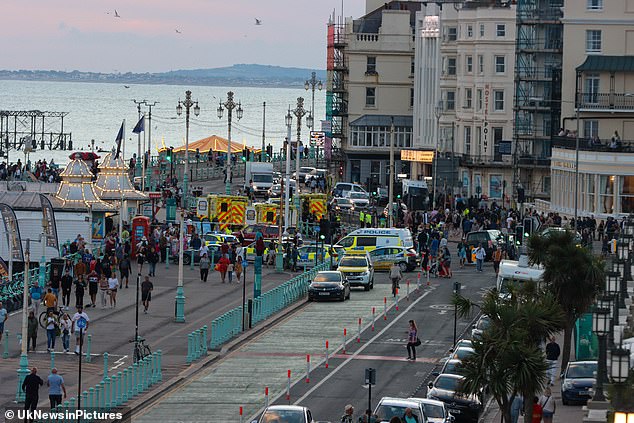 Police, lifeboat, lifeguard, coastguard and ambulance services were called to the pier.

A spokesman for Sussex Police said: ‘Two men have been taken to hospital having reportedly jumped into the sea from Brighton Palace Pier.

‘Police were alerted to the incident at about 6.55pm on Sunday, August 28.

‘Officers supported emergency service partners at the scene and the men were left in the care of the ambulance service and taken to hospital.’