Shocking video footage has shown the moment a pane of glass fell 12 storeys from a building in south London and shattered on the ground below.

The footage, shared on Twitter by local Labour councillor Stuart Neaverson, shows the terrifying moment the pane falls from the building near the High Street in Colliers Wood, south London.

A loud crash can be heard as the glass plummets to the ground and lands in front of the building.

According to reports, the window had been hit by a bird in the days prior to the incident but had not been fixed.

Taking to Twitter, Councillor Neaverson wrote: ‘Shocking to see something like this happen in the middle of Colliers Wood – someone could’ve been seriously injured.

‘This can’t be ignored.’

He later shared another image of the missing pane being replaced.

‘Good to see work is already commencing on fixing the window but there are still serious questions remaining on how this ever happened at all,’ he tweeted.

‘We will be pushing for a full safety assessment of the building to make sure residents and pedestrians are safe.’

MP for the Mitcham and Morden area Siobhain McDonagh added that it was a miracle that no one was injured.’ 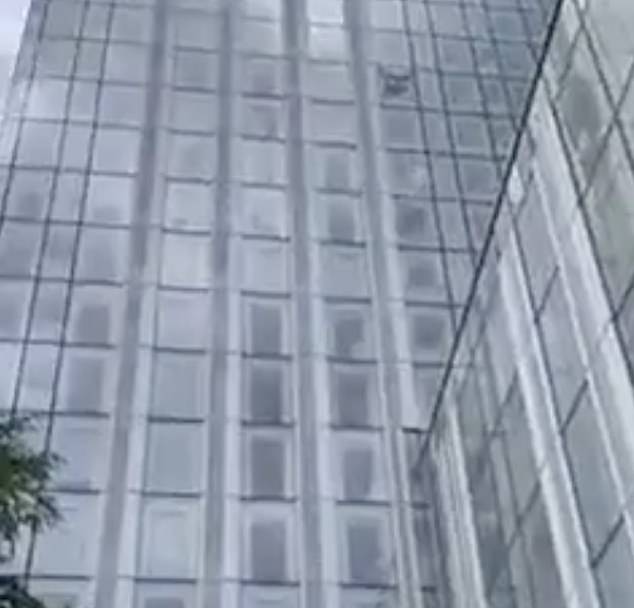 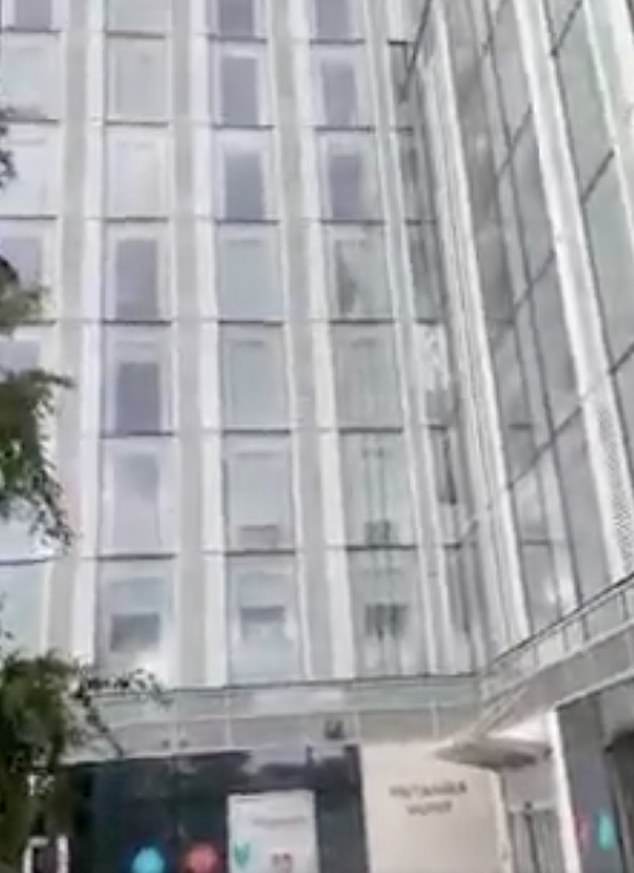 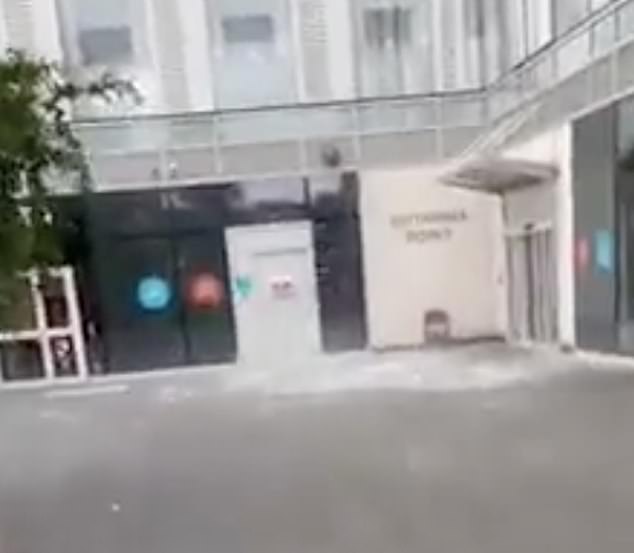 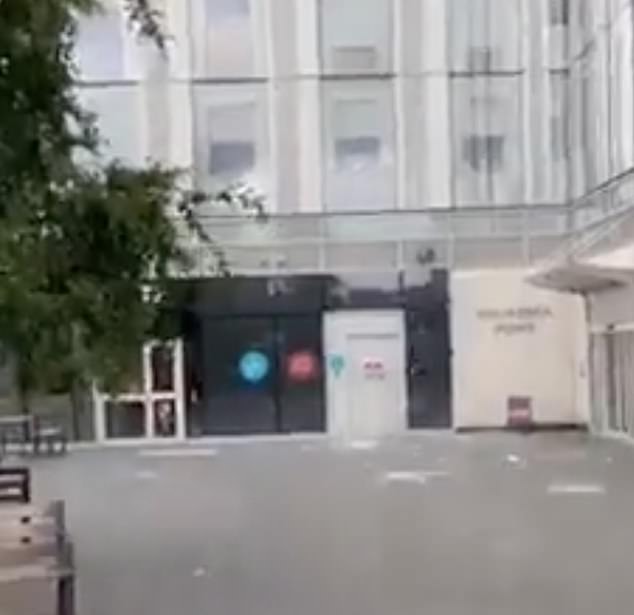 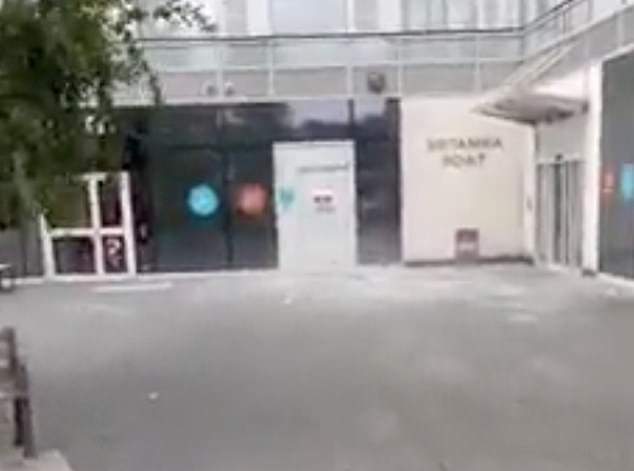 ‘Miraculously, it is my understanding that nobody was under the glass when it fell and so no one has been hurt,’ she said.

‘It is indisputable that this is fortuitous and serious harm could have been caused.’

She added that she has asked the owners of the building to investigate what happened.

People shared their shock on Twitter on seeing the video.

One wrote: ‘I stood exactly there a few weeks ago loading surplus produce. Since then I’ve done it in their store room behind the big doors.’

Another added: ‘Thank God nobody was close by. This is awful.’

And another said: ‘This urgently needs investigating and looking into! I was 5 mins away from this yesterday.’