The 111 merry-go-round that betrays the sick

The 111 merry-go-round that betrays the sick: Mail’s undercover investigation reveals NHS helpline is leaving patients who are desperate for pain relief caught between pharmacies and busy call centres

Agony-stricken patients are being denied access to painkilling drugs as they become trapped in a bureaucratic ‘merry-go-round’ after calling the NHS 111 helpline, a Daily Mail investigation reveals today.

Desperate callers – some in their dying days – are forced to go back and forth between the helpline and multiple pharmacies as they attempt to get official sign-offs on medications.

Patients and their carers are left bewildered as they try to secure authorisation from a clinician for an urgent prescription request in the evenings or at weekends.

They are faced with call handlers who have been told that only after failing to get sign-off at two different pharmacies can patients be put into the queue to get a call back from a clinician for the required authorisation. The wait can then be up to several hours. 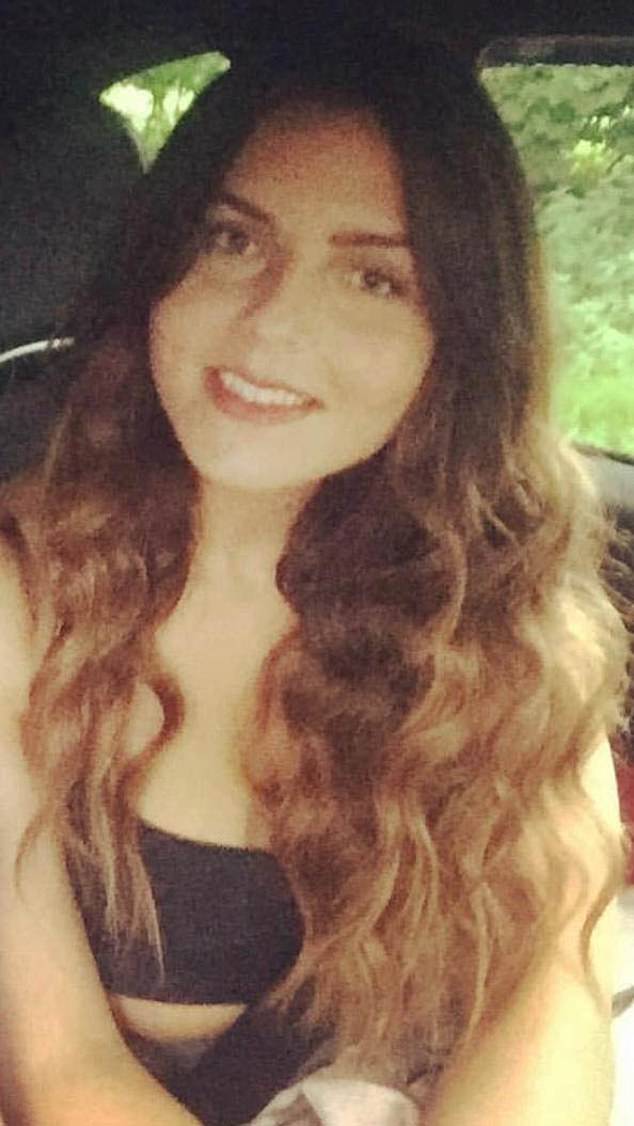 Alexandria Costello fainted and split open her head in a fall after struggling to get morphine through the 111 helpline. She said: ‘You ring 111, they refer you to a pharmacist. The pharmacist says, ‘Without a prescription we can’t do anything, call 111’

A Mail reporter who worked undercover over a six-week period at an NHS 111 call centre found that:

NHS 111 is the medical helpline alternative to dialling 999. It allows patients to call for urgent advice and treatment in situations which are not life-threatening.

The helpline has faced intense scrutiny over whether it is effectively meeting the needs of patients. During the latest 999 strike, it was swamped with calls.

The Mail went undercover at a 111 call centre in the South East of England after a whistleblowing pharmacist revealed how she desperately remonstrated with a call handler to get drugs for a care home resident in their 90s who was battling severe pain.

Alexandria Costello fainted and split open her head in a fall after struggling to get morphine through the 111 helpline.

The child protection worker, 27, suffers from Mediterranean Fever, a genetic disorder that causes inflammation of the abdomen, chest and joints which leads to severe bouts of pain. Yet she has struggled to get vital painkillers.

She said: ‘You ring 111, they refer you to a pharmacist. The pharmacist says, ‘Without a prescription we can’t do anything, call 111′. I don’t know why I ring them… it’s a waste of time. I end up going to A&E.’

The mother-of-two from Leicestershire, who said she is sometimes left ‘curled in pain’ on the floor in front of the children, added: ‘In the last year, I’ve called 111 at least eight times and have struggled each time to get the drugs. Three weeks ago, my pain wasn’t managed well at all and I passed out.’

The patient’s family were unaware their loved one was delayed pain relief in her dying days.

At the call centre, our reporter found dedicated staff working hard. But employees struggled with a bureaucratic system that forced them to send patients seeking pain relief on a ‘merry-go-round’.

Because stronger pain-relieving drugs such as morphine are controlled, they can only be signed off by a clinician – a doctor or certain licensed nurses and paramedics.

Basic-level call handlers, who are not medically trained, are instructed to send patients first to a pharmacist, who is then supposed to find a clinician. But during busy times out of hours, such as at weekends, it can be harder to find someone to sign off the request.

Pharmacists in some areas complain they cannot get through to an out-of-hours clinician on the phone or are forced to submit emails which take 48 hours to get a reply. It means they end up directing callers back to 111.

In an unedifying blame-game, 111 managers at call centres have accused pharmacists of laziness for failing to follow NHS guidelines that they must not refer patients back to the helpline. 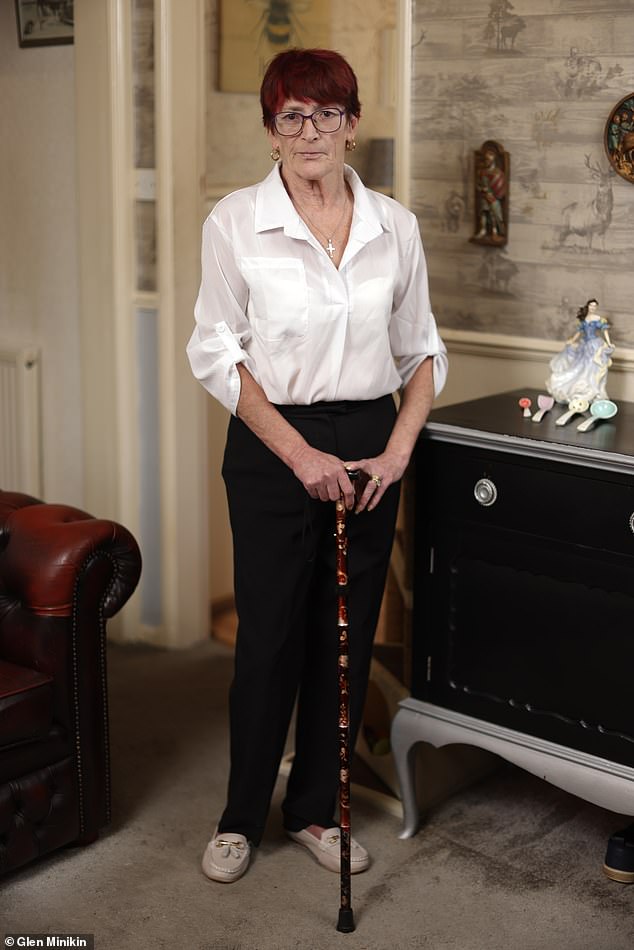 ‘It’s made me suicidal’

The 61-year-old had an abdomen bypass fitted three years ago to fix a clotting issue in her legs. But her body rejected the implant twice, leaving her in severe pain after five operations in the past 12 months.

She is on a repeat prescription with her GP for the controlled drug Oxycodone, a strong opioid.The delays she encountered with 111 have left their toll.

‘It’s a continuous circle and it’s not just the one occasion,’ she said. ‘It’s easily happened more than a dozen times. I cry all the time. I’ve been in absolute pain.’

Ms Hennessey, from Bury in Greater Manchester, added: ‘I’ve got to the stage where I’ve felt suicidal. When you’re in that much pain, there’s no way out of it. It’s not like you can take a couple of paracetamol and wait until Monday.’

Such is the strain on the service, one of the main out-of-hours clinics for the area where our reporter was working saw patients ringing to get an appointment face 30-hour waits for a call-back that is supposed to come in two hours.

Conservative former cabinet minister Sir John Hayes said: ‘This cruel merry-go-round has to stop. I will be raising the matter with the Health Secretary immediately.

‘From the evidence, it sounds as though this is the unintended consequence of parties within the NHS wanting to do due diligence but the result is adding to the suffering of people already in distress.’ Veteran Tory MP Peter Bone added: ‘I want to congratulate the Mail for discovering what is an unacceptable situation.

‘The Government must get a grip on this and change the rules to make 111 contact the out-of-hours GP. This is bureaucracy gone mad which is causing a great deal of unnecessary pain to people who are very seriously ill. That is not what the NHS should be doing.’

Pain UK, an alliance which represents Britain’s main pain relief charities, said: ‘What the Daily Mail has brought to our attention is a very worrying development for people living with pain. We hope that decision makers will address this problem with urgency.’

Dr Leyla Hannbeck, chief executive of the Association of Independent Multiple Pharmacies, accused the 111 service of ‘passing the buck’.

She said the Mail’s findings were ‘concerning’, adding: ‘Pharmacists should not be expected to break the law in prescribing controlled drugs without the clinician sign-off.’

Since 2015, pharmacy funding has been cut by a quarter in real terms and around a third of independent pharmacies face closure by 2024, an analysis warns.

The Mail is campaigning for proper Government funding to save such pharmacies, which serve countless thousands of locals who are often older and vulnerable.

A Department of Health and Social Care spokesman said: ‘We are clear that patients should not be referred to a pharmacist if they don’t have a prescription for medicine unless they are eligible for emergency supply.

‘NHS 111 online is a vital service that can offer patients the right care as quickly and conveniently as possible. The NHS has invested £50million to increase NHS 111 call taking capacity this year.’

An NHS spokesman said: ‘The NHS prescribes controlled drugs in line with the Government’s medicines legislation which has strict rules to safeguard patients, while out-of-hours pharmacists offer people advice on managing pain and access to regular pain relief.’

Answering the calls, I felt I was making things worse for the needy and frightened

The patient on the line was desperate. ‘I need help,’ she sobbed. ‘I’ve tried everything.’

I did my best to reassure her, but as a call handler on the NHS 111 helpline – working undercover for the Daily Mail – I knew the reality.

Answering phones at an NHS call centre in recent weeks, I frequently felt I was making things worse not better for exhausted, frightened patients – and that was a dreadful betrayal.

Many of them had dialled 111 – the medical helpline for those who need help but aren’t ill enough to call 999 – because they were in pain.

Often they needed urgent prescription painkillers but under 111’s rules I would have to send them on a time-wasting merry-go-round before they could get them.

One day, I answered the hotline to a man in his 50s who begged: ‘I’ve got back pain. It’s unbearable. I’m suffering, please help me.’

He had previously been prescribed strong painkillers but his supplies had run out. It was a weekend, and he was desperate for more.

The drugs he was seeking had to be authorised by a doctor. The patient understandably thought I would be able to organise this sign-off for him. Unfortunately, he was mistaken.

Another caller, who was recovering from surgery, told me he needed Oxycodone painkillers, which was particularly difficult. In many cases, a pharmacist can prescribe a drug once they have checked a patient’s record and seen that they have been given a certain drug in the past.

Opioid painkillers, like Oxycodone, are so-called ‘controlled drugs’ whose distribution is rigorously regulated as they can lead to addiction. To prescribe these, a pharmacist has to get a doctor’s approval – either from a local GP or one of the doctors employed by NHS 111.

This causes problems. ‘Out of hours’ – in the evenings and at weekends – GP surgeries in many areas across the country are shut. The burden of prescribing then falls on the doctors at NHS 111. During an eight-hour shift on a weekend, at least four of my calls were usually from patients trying to get controlled drugs. On a bad day, it was perhaps a third of my calls.

Following the strict NHS protocols, I began to read out a list of local pharmacies closest to the caller’s address, so he could speak to them and set the process in motion.

The caller interrupted angrily: ‘But I’ve already been sent to a pharmacy, and they’ve just sent me back to the 111 line! What’s going on?’

Like all the basic-level call handlers, I had to follow a script on screen which told me exactly what questions to ask. Though many calls were from people seeking advice for a bad cold or Covid, the vast majority were about prescriptions.

Some calls were from care homes where elderly residents desperately needed painkillers such as morphine to relieve their suffering. As these are ‘controlled drugs’, care homes are allowed to store only a certain amount. If someone’s condition is worsening and their dose of morphine needs to be increased, there may not be enough available to keep them comfortable.

A doctor must sign off a request for ‘controlled drugs’, but I was not allowed to pass carers, nor individual patients who found themselves in similar circumstances, directly to a clinician employed by NHS 111.

NHS guidelines dictate that a pharmacist must make an assessment, then contact an NHS 111 doctor if needed. But despite having a special number to contact the doctors, they frequently could not get through.

So they would direct the patient back to a call handler at NHS 111 – someone like me.

Absurdly, under the strict guidance I had to follow, a caller had to try two pharmacies and then come back to the hotline for the third time before I was allowed to put them in the queue to get the sign-off.

One particular case that shook me was taken by a colleague. A woman in her 80s, receiving end-of-life care, was left ‘screaming in pain’ because of delays in getting hold of morphine.

The problem had seen two relatives and a nurse call 111. An error on her prescription meant the drug could not be prescribed by the pharmacy, despite the patient being ‘completely bed-bound, fighting for breath and in agony’, according to the call notes.