The rise and fall of Roberta Williams, would-be mob matriarch

Gangland widow Roberta Williams has made many mistakes in her colourful life. And one was to believe that fleeting notoriety equals lasting fame.

It is true that a certain type of crook – the ones who court publicity before they end up in court – become headline news, but rarely does it (or they) last. 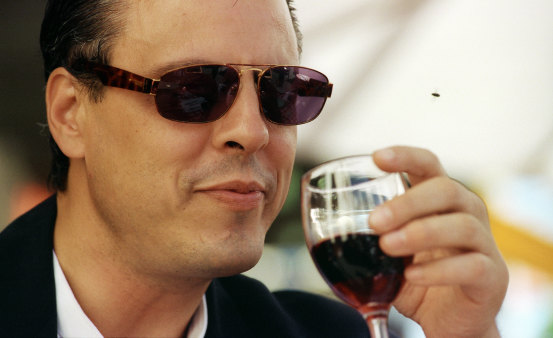 There was Alphonse Gangitano, the Prince of Lygon Street, shot dead in his underpants in 1998, and Carl “The Premier” Williams, who was bashed to death in Barwon Prison in 2010.

Mark Brandon “Chopper” Read, who died of natural causes in 2013, is remembered not for his dastardly deeds but his black wit, making more money from writing and talking about crimes than committing them. He once remarked that the Old West gunslingers who were remembered were not the fastest but the ones who built media profiles when the number of headlines mattered more than the number of headstones.

Former bikie and social influencer Toby Mitchell became headline news after he survived not one but two shooting attacks.

He told me that at events such as boxing bouts his passage to his ringside seat is slowed by fans who want selfies. In a reflective mood, he said, “You know, fame is overrated. I had to be shot seven times to become f—ing famous.” The ultimate bullet point. 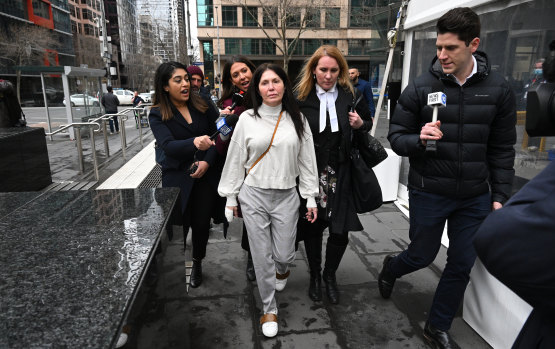 This brings us to Roberta, who became news because her husband, Carl, was a prolific drug dealer who embarked on an underworld war, hiring (and often dudding) hitmen to kill his rivals.

He did so because Jason Moran, in the company of his half-brother Mark, shot Carl in his tummy at a Gladstone Park reserve back in 1999.

There were several reasons for this. One was that Roberta had left a Moran associate to shack up with Carl. In fairness, there was a $400,000 drug debt, the disputed ownership of a pill press, and quality control complaints on drug production. Carl later organised the murders of Jason and Mark.

As the bodies and headlines mounted, Carl and Roberta chose to leave the shadows and regularly engage with the media. Both their characters were dramatised in the first television series of Underbelly. To be frank, the talented Kat Stewart did a better Roberta than Roberta. 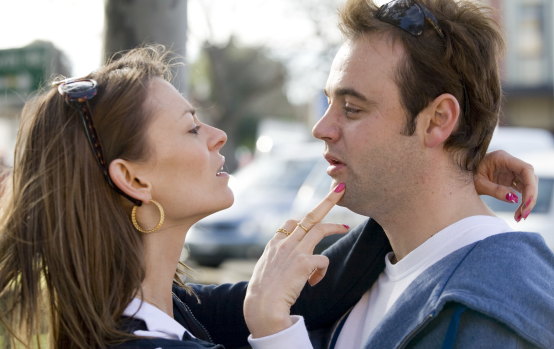 Kat Stewart and Gyton Grantley as Roberta and Carl Williams in Underbelly.

After Carl was sentenced in 2007 to 35 years (Roberta offered a snort of coke to the person sitting next to her in court, seemingly unaware he was a policeman’s father), she tried to market her notoriety with magazine articles, public appearances and a crime tour.

Surrounded by camp followers, she didn’t understand she was destined to be a filler, dragged out occasionally on slow news days.

I contacted Ryan, who turned out to be would-be television producer Ryan Naumenko, who had planned a reality television program starring Roberta Williams.

As Roberta was keen on money but not so keen on regular employment, it was an attractive proposition. She would be paid for just being Roberta and her profile would again be on the rise.

The plan was to raise $50,000 through a GoFundMe page for the reality project. Proof that Roberta was no longer a fan favourite was the fact that the page raised $840.

Naumenko said he had been lured to a Collingwood production house, where over three hours he was tied up, beaten, pistol-whipped and threatened with death until his father and sister handed over some cash.

“They told me I owed them 20 grand. They put my phone on speaker and rang my mother, father and sister to get money transferred. They made me talk to them and said, ‘Say anything wrong, and we’ll put one in you.’ Roberta kept screaming that they were going to kill me and the kids.”

I assured Naumenko I would find him police he could trust, made a couple of calls, and it became a Fraud and Extortion Squad investigation.

That night Naumenko emailed, “John, thank you. The police have been amazing – I owe you so much for putting me onto these guys. I have never been a huge supporter of the Victoria Police until today.”

The next day police raided the Collingwood studio, gathered CCTV footage and later seized phones. A few weeks later Roberta and her team of (not so) heavies were charged. I thought it seemed a pretty simple case. I was wrong.

It would take more than three years to resolve, and shows why our justice system needs supercharging.

After Roberta was charged, I made a police statement of six paragraphs. Later I was given $10 in appearance money to attend the court where lawyers are often paid thousands. Remember, I did not have the capacity to verify what happened, and my testimony would have nothing to do with the guilt or innocence of those charged.

Come the committal hearing in November 2020 (during COVID-19 lockdown) I was instructed to be available to give evidence remotely, but at the end of the first few days I was told I would be held over. 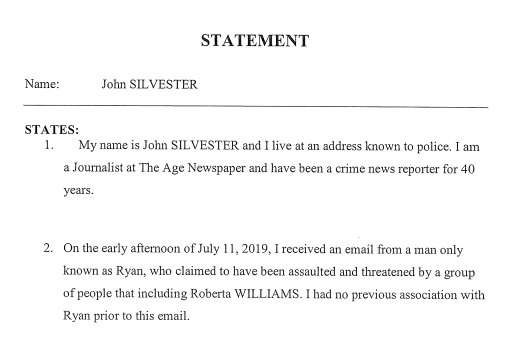 Having been released for the afternoon I then received an urgent call that things had speeded up and I was immediately required. I was, at this point, in a supermarket, and unless I could swear an oath on a packet of fish fingers they would have to wait.

I charged home, chucked on a shirt and gave evidence still wearing shorts. (My legs are not my best asset. In fact, I don’t have a best asset, although many years ago a chief of staff’s secretary said I had the best bottom in journalism.)

One of the defence lawyers decided to throw in a few barbs accompanied by the appropriate eye rolling. Did I have any more information? Was I hiding emails? Was I a Watergate burglar? Was I Vladimir Putin’s secret military advisor? It was theatre without the audience.

Again I was told I would have to give evidence, although everyone knew it wouldn’t make the slightest difference to the outcome. Here is the problem. Cases are delayed and are too complex because there is too much testimony from witnesses like me.

I first met Roberta when she, Carl and Carl’s father George wanted a meeting after I fingered Carl as the suspect in several murders.

It was Sunday, December 14, 2003, and they chose a strange time to declare Carl’s feelings were hurt by being described as a killer because the day before his hitmen had murdered Graham Kinniburgh outside his Kew house.

Carl declared, “I’ve never met him, and I’ve never heard a bad thing said about him. I have nothing to profit from his death. It’s a mystery to me. I haven’t done anything. My conscience is clear.”

To change the subject, I asked who shot him in the guts. When he failed to answer I dared him to say “Jason”. Roberta laughed as if it was the height of good humour. Since then, she has soured on me big time.

Roberta Williams, 53, is no mob matriarch. Her background is tragic and her future bleak. Her father died when she was young, she was physically abused by her mother’s new partners and became a street kid at the age of nine. Her first husband assaulted her and her second, Carl, was murdered. She has five children, the youngest disabled.

Roberta did a deal, pleading guilty to blackmail and recklessly causing injury on the promise she wouldn’t do jail time. Judge Fiona Todd sentenced her to a two-year community corrections order, adding she would have been sent to jail for 12 months if she had been found guilty at trial. A good deal all around.

The case took over three years, from the email to sentencing. How can anyone think this is acceptable?