The former wife of Donald Trump has been buried near the first tee at Trump National Golf Club. According to the New York Times, on the day of Ivana’s funeral, held last Wednesday at St. Vincent Ferrer Church in New York, the plot for her burial site was “consecrated so that she could have a traditional Catholic burial”. The Washinton Post reported that in 2017, former US president Trump “conveyed plans to build a 10-plot graveyard that overlooked the first hole of the golf course for family members”.

He added: “It’s never something you like to think about, but it makes sense.

“This is such beautiful land, and Bedminster is one of the richest places in the country.”

However, the news of Ivana’s golf course grave sparked outrage on Twitter with some claiming this was Trump’s cynical tax avoidance scheme.

Investigative journalist Victoria Brownworth took to Twitter and said: “When I saw this earlier, I thought it was a joke. 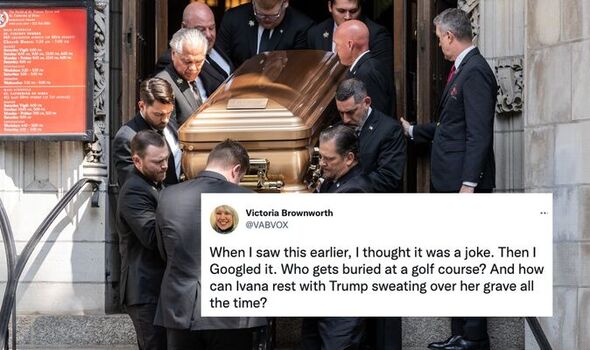 “Then I Googled it.

“Who gets buried at a golf course?

“And how can Ivana rest with Trump sweating over her grave all the time?”

Her views were echoed by political commentator Lindy Li, who tweeted: “The Ivana story got even worse.

“By burying her in a pauper’s grave at his golf course, Trump has evaded property, sales and income taxes. 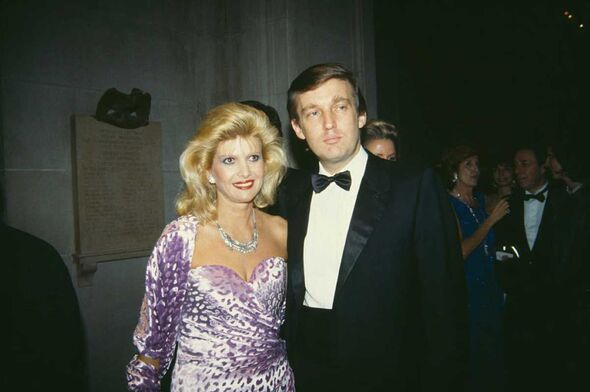 “Worst of all her kids let it happen!

“Ivanka desecrated her own mum, who has become in death nothing more than Trump’s latest tax evasion scheme.”

Outrage was added to the Twitter news feed by personal finance speaker Lynnette KhalfaniCox, who said: “Why did Donald Trump bury Ivana at his NJ golf course?

“As a ‘cemetery’ Bedminster pays no taxes and can’t be seized in a judgment.

“Re: revenge, just look at her grave.”