This Former Dominatrix-Turned-Event Producer Transformed Trauma Into Dollars. Here's How.

Though history, Black women have seldom benefited from their own over-sexualization.

The Jezebel is a trope that stems from slavery that paints Black women as hyper-sexual and immoral.

Critical race theorist wrote Gloria Ladson-Billings wrote this stereotype is: “synonymous with promiscuity,” having “an insatiable sexual appetite,” and “someone who uses sex to manipulate men.”

Over time, this view of Black girls and women has remained a hallmark of their lived experience. In what experts have deemed “adultification,” teachers, law enforcement officials, parents and other grown figures often view young Black girls as less guileless and more adult-like than their white counterparts.

This is something Venus Cuffs can personally attest to. At just 7 years old, she was sexually assaulted by a family friend and forced to relive the trauma, because nothing was done about it.

“He was still around for years, so I really didn’t understand the magnitude of what happened to me because everything went on like normal.” Or as normal as it could.

Cuffs shared she grew up in a dysfunctional household between Los Angeles and Nw York City that was led by her single, hard-working mother and uncle who both grew up in foster care where chaos was commonplace. At the time of her assault, Cuffs said she was on the cusp of prepubescence and found it difficult to identify with the physiological changes happening to her in comparison to kids her age.

“I only started to process it when I was a teenager,” Cuffs shared told ESSENCE, explaining that as her schoolmates gained awareness of their growing sexual urges, it forced her to rethink her own experiences.

“In junior high and high school, people are like, ‘hey, are you a virgin?’ I never know how to answer that question because it was like, technically, I guess I’m not. But at the same time I was because it wasn’t consensual.”

She said this disjointed understanding sparked a need to take control of her sexuality and the power of consent. At 17, she did just that.

“I was invited to my first kink party then,” Cuffs said, referring to a type of gathering where attendees participate in consensual sexual acts in a safe, controlled environment. “I really enjoyed the way everyone seemed to feel. And that was the beginning of it all.”

“It was incredible because almost immediately, he became a client and I because their pro-domme,” she said. 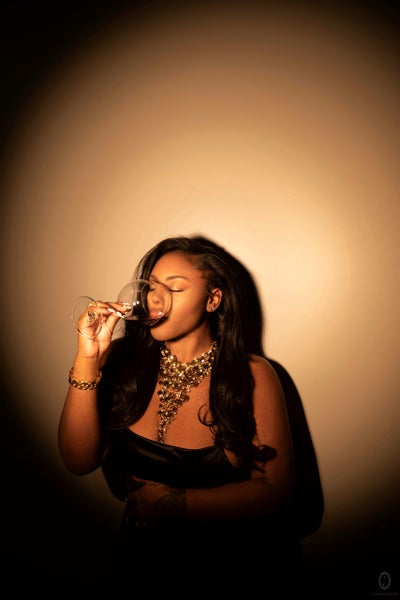 “Initially I didn’t know what a pro-domme was, but he offered me $200 to step on him, and I was like, yeah, I guess I’m a pro-domme,” she said laughingly. “I thought, if I can make money doing this and kind of, like, pull myself out of poverty, then why not? That’s the route I decided to take. At that time, it was survival. It was like I wasn’t doing well in life. I wasn’t where a 17, almost 18-year-old normally should be.”

Understandably, the then teen had to grow up fast to grow in the fast-paced industry of adult entertainment. At one point she even found herself homeless. But she quickly learned the ropes.

“Over the years, everyone kept telling me how safe they felt at my kink parties, and they wanted to see more from me, so I branched out into traditional nightlife.” It was a seamless transition, mostly because of the core concepts she’d learned in her pro-domme work.

“When I was single, Black men I connected with didn’t understand my career,” she shared. Although Cuffs is now happily married, she reflected on the times her profession was misconstrued for prostitution by those she dated. “They would be like, ‘dominatrix? No, you fucking people for money.’ No, I’m not, actually. I’m getting paid to dominate somebody. I’d have to kind of like breaking down and explaining it. And believe it or not, some of the Black folks that I’ve dated in the past actually got into this lifestyle through me by just learning and being open to concepts that we think are just for white people. So there’s this idea that, ‘oh, that’s white people shit. We don’t do that. They do that. But we can own our sexual selves too.”

“I’ve always wanted to create the type of environment for others I didn’t always have growing up, a safe and inclusive one,” Cuffs shared. “I’m in the business of breaking all the barriers. Owning what Black women were told we shouldn’t. I’m plus-sized, Black, queer and a former domme,” she said, pausing. “My message is specifically for Black women. Don’t listen to these clowns. Keep doing you and make your money.”