Trump packed boxes returned to National Archives in January himself

Donald Trump personally packed up the 15 boxes of documents that his office returned to the National Archives in January, a new report revealed on Monday.

The former president himself did the return job, people familiar with the matter told The Washington Post in a bombshell report that revealed Trump asked one of his lawyers to tell the National Archives and Records Administration that his team had returned all the requested records.

Alex Cannon, the attorney, refused because he was not sure the statement was true.

It was Cannon who facilitated the January transfer of 15 boxes of presidential records from Trump’s Palm Beach home Mar-a-Lago to the National Archives in Washington D.C.

It was later revealed that thousands of documents from Trump’s presidency, including ones marked classified, had remained in Florida.

But, in February, Trump was determined to declare that ‘everything’ sought by the archives had been handed over. 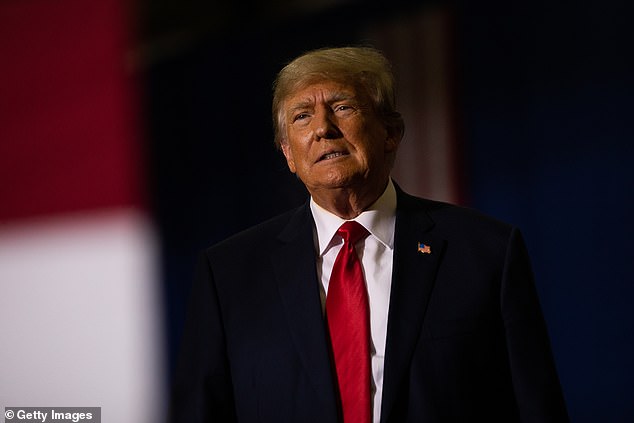 By law, former presidents must hand over all documents and records from the presidency as they are the property of the United States government.

Trump had asked his team to release a statement he had dictated, saying the former president had returned ‘everything’ the archives had requested. The statement ultimately was not released.

He also, sources told the Post, had told his aides the documents in the boxes were ‘newspaper clippings’ and not relevant to the archives.

And he complained that National Archives was being ‘persnickety’ about getting the materials from Mar-a-Lago.

The Justice Department is investigating Trump’s handling of classified documents and the possible hiding, tampering or destruction of government records.

The August 8th raid at Mar-a-Lago was part of that probe. The FBI seized more than 11,000 records, including about 100 documents marked as classified, in the court-approved search of Trump’s Florida home.

Trump has denied any wrong doing and it remains unclear if he or any of his aides knew additional material remained at Mar-a-Lago after the January handover of the 15 boxes. 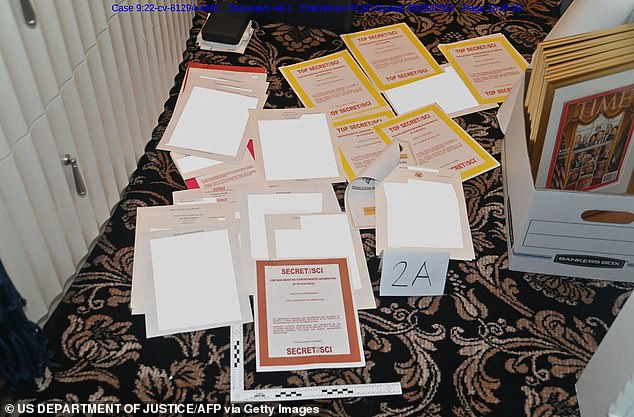 In the August 8th raid of Mar-a-Lago, the FBI seized more than 11,000 records, including about 100 documents marked as classified 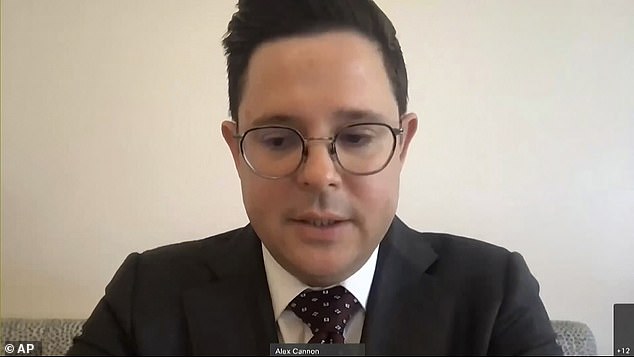 On Monday, the Archives released a May 2021 exchange with Trump’s attorneys that stated the agency’s belief that about two dozes boxes of records from Trump’s presidency remained in Mar-a-Lago.

This was after 15 boxes had been returned to the archives in January but ahead of the August raid.

The correspondence also revealed that Trump’s White House counsel Pat Cipollone, in the final days of the Trump administration, counseled White House officials that the president’s records needed to go to the archives.

‘It is also our understanding that roughly two dozen boxes of original presidential records were kept in the Residence of the White House over the course of President Trump’s last year in office and have not been transferred to NARA, despite a determination by Pat Cipollone in the final days of the administration that they need to be,’ wrote Gary Stern, the agency’s chief counsel, in an email to Trump lawyers in May 2021.

Among the documents the Archives noted was missing was Trump’s letters with North Korean leader Kim Jung-Un and the letter that outgoing President Barack Obama left on the Resolute Desk in the Oval Office for Trump.

It’s traditional for an outgoing president to leave a letter to his successor. That document becomes the property of the federal government.

‘The original correspondence between President Trump and North Korean Leader Kim Jong-un were not transferred to us; it is our understanding that in January 2021, just prior to the end of the Administration, the originals were put in a binder for the President, but were never returned to the Office of Records Management for transfer to NARA,’ Stern wrtoe.

‘Similarly, the letter that President Obama left for President Trump on his first day in office has not been transferred; since that letter was received by President Trump after his term commenced, it is a Presidential record – note that all of NARA’s other Presidential Libraries maintain the original copy of similar letters, and it is necessary that this one be provided to us as well,’ he added.

Stern’s note is another link in the paper trail that shows how archive officials repeatedly tried to get the Trump records before the court-ordered raid.

Meanwhile, the archives told Congress that the agency believes that it is still missing Trump administration records that it sought.

‘The National Archives has confirmed to the Oversight Committee that they still have not received all presidential records from the Trump White House,’ Acting Archivist Debra Steidel Wall said in a letter to the congressional committee on Friday.

The National Archives will consult with the Justice Department on whether to move to get them back.

Wall said they were talking to DOJ about whether ‘to initiate an action for the recovery of records unlawfully removed’ by White House officials.

Further information about what action could be taken remains unclear, but the DoJ’s warning raises the specter of another potential raid on the former president’s Mar-a-Lago country club in West Palm Beach.

The Archives knows some White House staffers conducted official business on personal electronic messaging accounts that were that were not copied or forwarded to their official accounts, in violation of the Presidential Records Act, Wall said.