London: British Prime Minister Liz Truss’s floundering leadership has been plunged into a fresh crisis after her home secretary – one of the most senior members of the government – was forced to quit after she admitted a security breach.

Suella Braverman insisted she was resigning after “a technical breach of the rules” but a statement explaining her actions contained a broadside against Truss and hinted at the bitterness behind her departure. 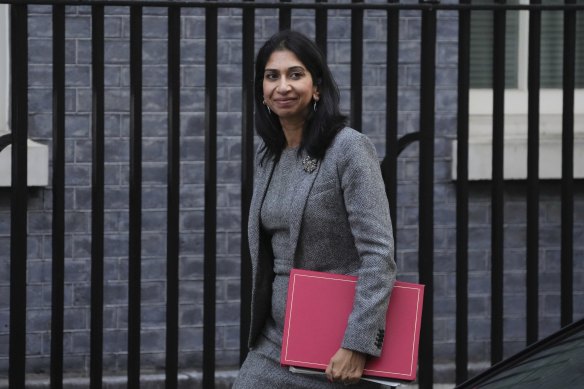 In an angry resignation letter, Braverman said she had no choice but to resign after sending an official document from her personal email to a “trusted parliamentary colleague” in breach of ministerial rules. She said she accepted it was a mistake, reported it to the cabinet secretary and resigned.

But the letter effectively accused the prime minister of finding a pretext to force her out and said she had “serious concerns” about Truss’s commitment to reducing immigration and honouring the government’s manifesto commitments.

She accused Truss of breaking “key pledges” — including preparing to backtrack on a manifesto commitment to reduce overall immigration — and suggested that the prime minister should also resign.

“Pretending we haven’t made mistakes, carrying on as if everyone can’t see we have made them, and hoping that things will magically come right is not serious politics,” she wrote. “I have made a mistake; I accept responsibility; I resign.”

In another dramatic day for the besieged Truss, she told the Home of Commons she was “a fighter, not a quitter”, she’d been “very clear that I am sorry and that I have made mistakes”.

Hours earlier she also suspended one of her closest political advisers over claims that he briefed journalists against Sajid Javid, the former chancellor.

Fighting for her political life after just 43 days in office, Truss also faces a de facto confidence motion on her leadership when MPs vote on a Labour motion to ban fracking in the Commons later on Wednesday (London time). Tory MPs have been threatened with having the whip withdrawn if they vote with the opposition after government whips said it was a “confidence motion” in the prime minister. 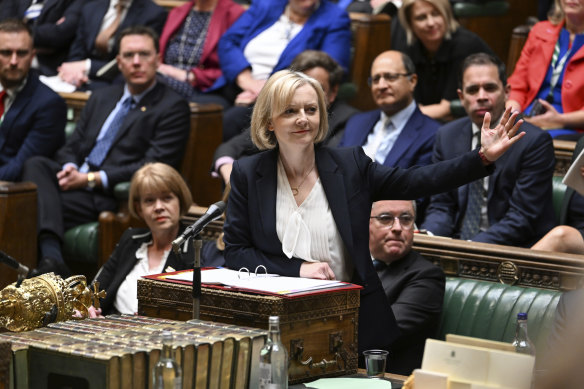 Tory backbenchers Chris Skidmore, Angela Richardson and Tracey Crouch all suggested they were willing to face consequences of defying the government.

Braverman is a popular figure on the Conservative right, taking a strong stance against higher immigration and fashioning herself as an “anti-woke” warrior.

Grant Shapps, a former transport secretary, has been appointed to replace Braverman. Truss offered Shapps, a prominent backer of Rishi Sunak, in a move seen as an olive branch to her opponents on the Conservative back benches, who have called for her to appoint a cabinet that is more representative of the wider Tory party.

In a letter replying to her former ministerial colleague, Truss said she had accepted her resignation and “respect the decision you have made”.

“It is important that the Ministerial Code is upheld, and that cabinet confidentiality is respected.
I am grateful for your service as home secretary,” Truss wrote.