British Transport Police has been slammed for ‘laddish culture from the top down’ after two senior officers were sacked for slapping and pinching the bottoms of their junior female colleagues.

The British Transport Police (BTP) officers have now been dismissed from their force after a disciplinary hearing found their actions amounted to gross misconduct.

SCI Whitworth pinched the bottom of a Special Constable during the night out socialising, the panel was told. He groped the female officer as she left a nightclub before winking at her and walking away, the panel heard.

On the same night, SPS Sims slapped another female colleague on the backside with such force that it ‘radiated throughout her body’.

The panel found a ‘laddish culture from the top down’ exists within the Specials Constabulary of the British Transport Police.

The force concluded Whitworth and Sims, who were based in the Midlands, had subjected their colleagues to ‘unwarranted sexualised behaviour’.

They were subject to a misconduct hearing at BTP’s Force Headquarters, in Camden, north London, on September 5-8 and both dismissed without notice after the allegations were found to be proven. 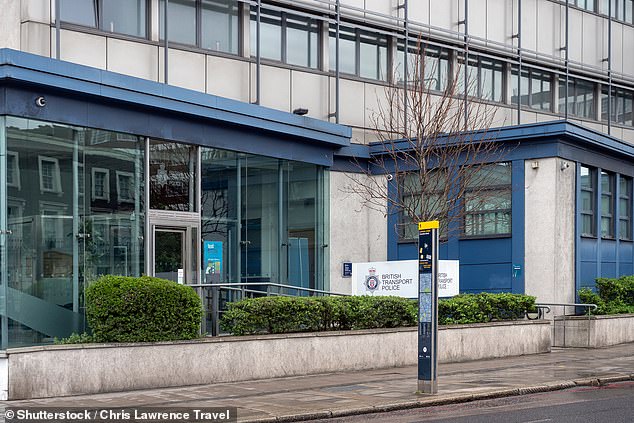 A BTP spokesperson said: ‘They were both called to answer allegations relating to breaches of the standards of professional behaviour namely authority, respect and courtesy and discreditable conduct.

‘The panel concluded that the allegations were proven and amounted to gross misconduct. SCI Andy Whitworth was dismissed without notice.

‘SPS Sims resigned from the force following the incident. Had he still been serving, he would have been dismissed without notice.’

In evidence given to the tribunal, the first victim told how SCI Whitworth had lifted her up on the dance floor earlier in the evening.

‘Whilst [the woman] was in the process of leaving the club together with colleagues, she alleges that SCI Whitworth pinched/grabbed her on the bottom.

‘She states that on the way out of the club, she was pinched on the bottom, turned round and saw SCI Whitworth look at her and wink before turning away. 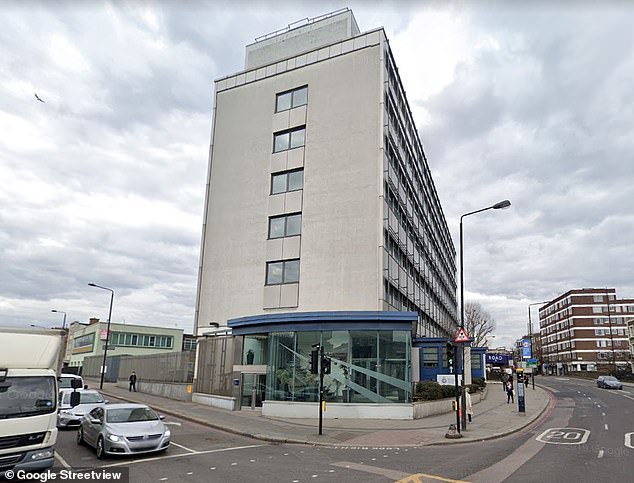 The two officers were subject to a misconduct hearing at BTP’s Force Headquarters, in Camden, north London, on September 5-8 and both dismissed without notice after the allegations were found to be proven (stock image)

‘She indicates that she was shocked by events and that she told various colleagues who were present and on the way home what had occurred.

‘SCI Whitworth denied pinching [her] bottom. He claimed that he had not drunk to excess and that he would describe himself more as being tipsy than drunk.

‘This however was contradicted by all other witnesses who indicated that SCI Whitworth had glazed eyes and was staring off into the distance, largely uncommunicative and gave the impression of someone who had drunk to excess.’

SCI Whitworth was also shown topless pictures of another female colleague before he told her she had ‘nice breasts’, the tribunal heard.

Panel chair LQC Mr Maurice Cohen added: ‘He claimed that a female colleague who was present at the weekend and with whom he was friendly, had shown him some of her dating photos earlier.

‘She was partially clothed and/or topless in some and that he had said in normal conversation, surrounded by people including the officer concerned, who could potentially hear what he was saying, that she had nice breasts.

‘Collectively the Panel finds this to be indicative of the fact that there appears to have been a laddish culture from the top down within the Specials Constabulary.

‘SCI Whitworth sexually assaulted a junior female officer. He subsequently sought to ‘cover up’ his own actions. He has consistently denied his actions.

‘He has failed to show any apology, regret or remorse. The officer’s actions bring discredit to him and to the police service generally.

‘His behaviour would be likely to undermine public trust and confidence in the police service.

‘The allegation found proved is of a sexual assault and is the most serious in nature.’

The hearing was also told how SPS Sims had ‘drunk to excess’ after downing double whiskies before ‘grinding against’ another female cop in ‘a sexualised manner’ on the dance floor.

He then slapped her on the bottom while she was getting a piggyback out of the nightclub with such force it ‘radiated throughout her body’.

Mr Cohen added: ‘Upon leaving the club, [the woman] in high jinks took a piggyback when leaving with others to continue their evening.

‘She was shocked when Former Special Sgt Sims came behind her and smacked her with some force on her bottom.

‘She indicated that the force of the slap radiated throughout her body.

‘The panel considered that there were no excuses for Former Special Sgt Sims’ deliberate actions.

‘The allegations found proved are of the most serious nature and include actions of violence against women and girls.

‘They involve sexual impropriety. They were conducted by a senior officer against more junior colleagues.

‘The panel considers the significant emotional/psychological harm that was caused to [the woman].

‘As a result of SPS Sims’ actions against her on the night in question she indicated to the panel she called into question her continued role within the police service.’

Detective Superintendent Pete Fulton, Head of BTP’s Professional Standards Department, said: ‘These were two senior officers who abused their positions and subjected two junior colleagues to unwarranted sexualised behaviour on a night out.

‘Police officers are expected uphold the law and behave with the utmost integrity whether they are on or off duty, which both Andy Whitworth and Gary Sims failed to do.

‘They do not reflect the values of BTP and I wholeheartedly agree with the decision of the panel to dismiss them both.’