VIDEO: Fisherman is rescued from ROCK by US Coast Guard during storm

A spear fisherman marooned on a pile of wave-swept rocks in the massive waves caused by a passing tropical storm was saved in a daring rescue by the U.S. Coast Guard caught on video.

The 50-year-old fisherman was scoping the waters off Dog Island on the Southeast coast of St. Thomas about 8:30 a.m. on Saturday when he was injured and his companion in a 26-foot Grady White powerboat was unable to retrieve him in the six-foot whitecaps churned up by Tropical Storm Earl from the treacherous upcropping.

His friend called 911 who in turned alerted the Coast Guard. 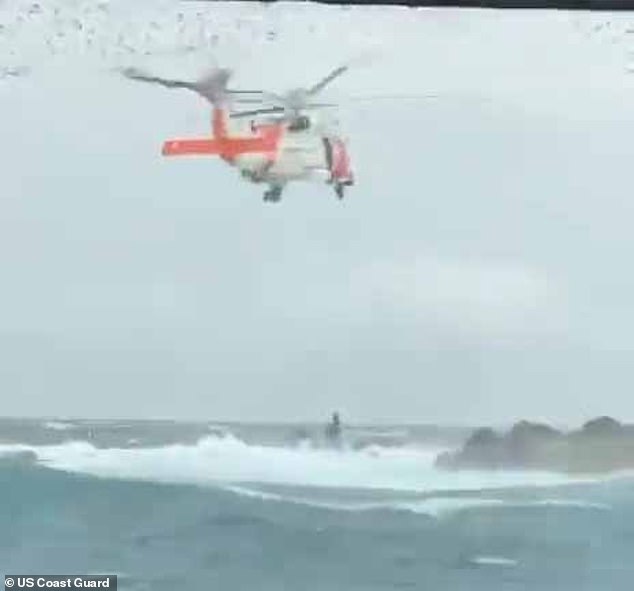 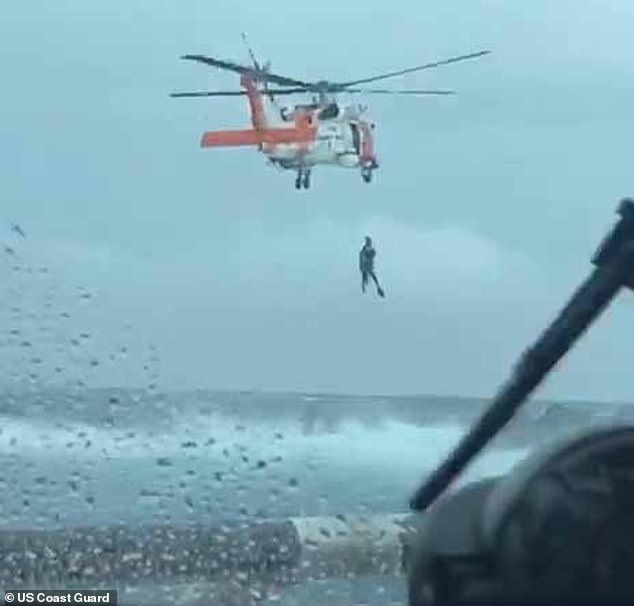 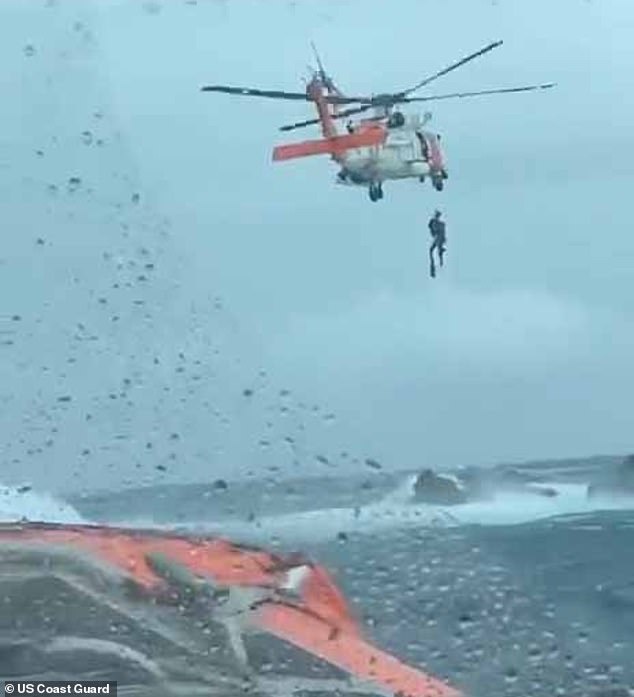 A special rescue boat and a helicopter were deployed for the rescue, but the boat could not get close enough to the rocks to retrieve the man due to heavy seas 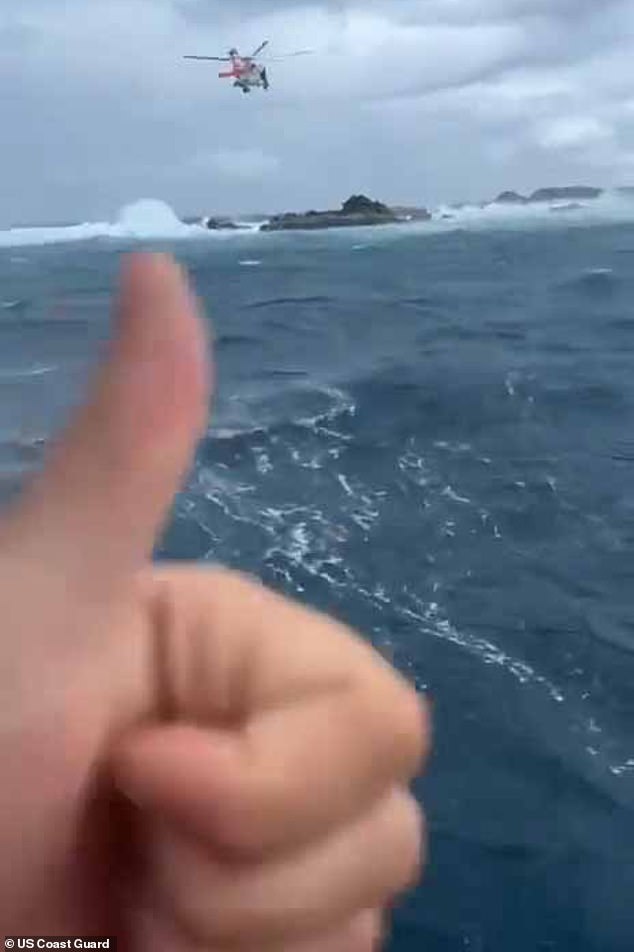 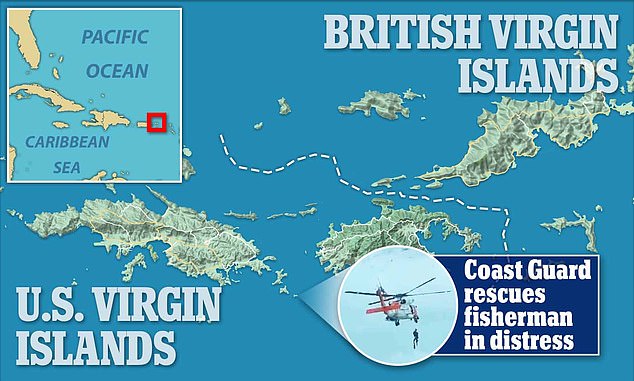 Video shows the man disappearing under the raging surf as waves batter the rocks while Lt. Shea Smith, the commander of a Coast Guard MH-60T Jayhawk helicopter hovers overhead.

Rescuers aboard a 33-foot special purpose craft tried to toss a heaving line to the marooned man, but the swells were too chaotic and they were unable to pull him off the rocks.

The chopper pilot moved in and lowered a rescue swimmer in a wetsuit and flippers from overhead. 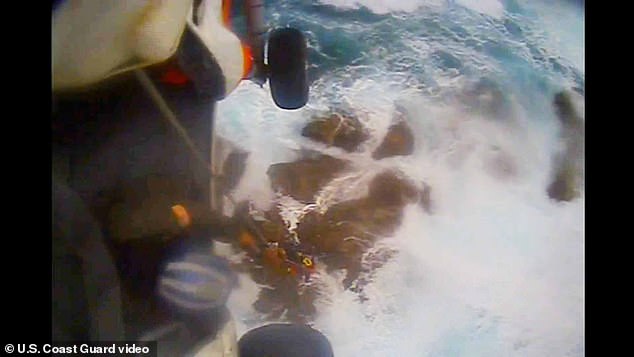 A 50-year-old spear fisherman was trapped on some jagged rocks off Dog Island in the U.S. Virgin Islands during Tropical Storm Earl 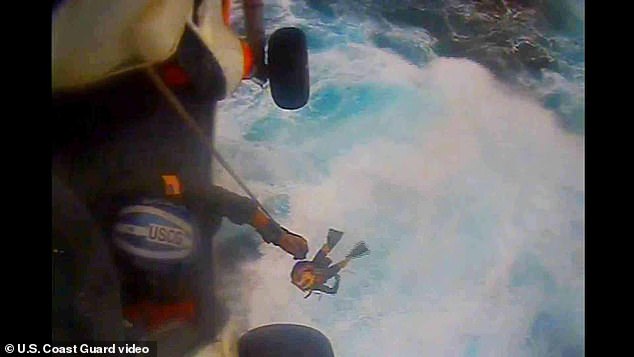 The rescue swimmer landed on the rocks attached to the rescue line, checked the injured man’s condition and then hoisted him up to the helicopter.

‘Got the survivor, cleared the rocks,’ rescuers can be heard on the video. ‘Going up.’

The helicopter flew the fisherman to Cyril E. King Airport in St. Thomas, where he was taken by ambulance to Schneider Regional Medical Center.

Tropical Storm Earl continues to churn over the Atlantic, carrying 65 to 115 m.p.h. winds, according to the National Hurricane Center. 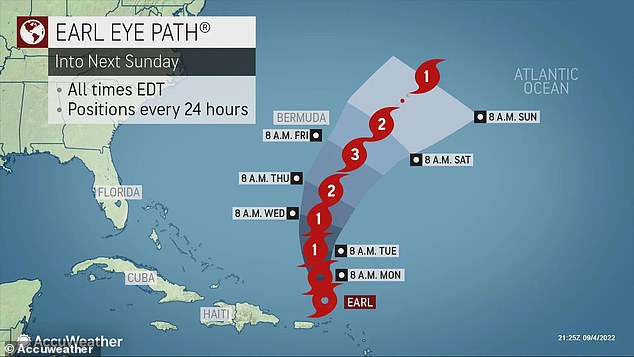 Tropical Storm Earl began to form on Friday, east of the Northern Leeward Islands in the Caribbean 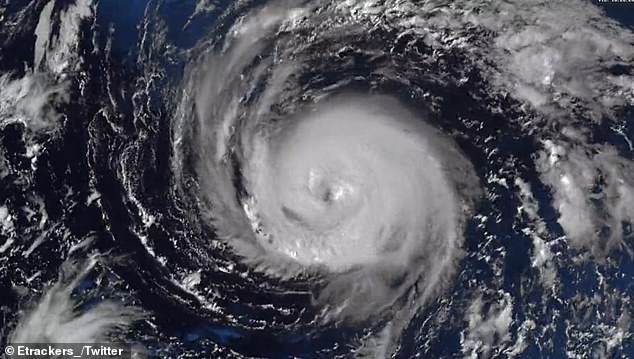 The Weather Channel reports that thanks to Earl’s lopsidedness, it is being pushed eastward on to the Atlantic Ocean 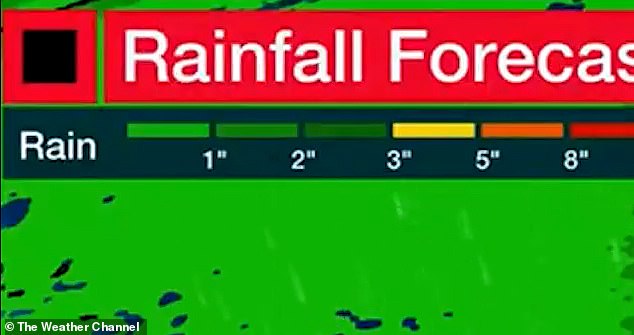 Despite the storm not threatening any serious damage over populated areas, Earl brought heavy rainfall across the Caribbean on Sunday 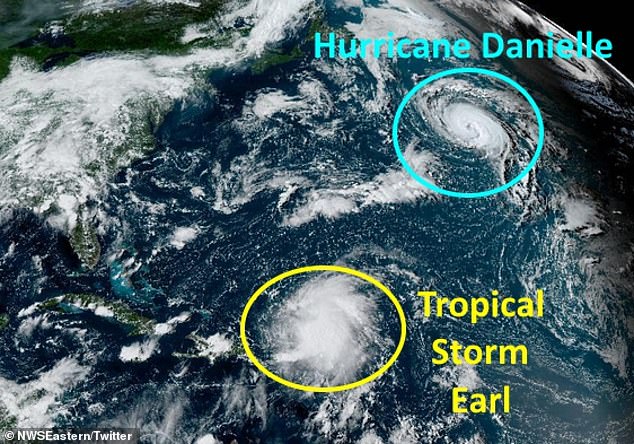 The two storms are likely to dissipate over the Atlantic Ocean, miles from populated areas

The Coast Guard also rescued a sea kayaker in the Virgin Islands who had been swept out in the same storm.

He said that after the boat was hit a good Samaritan who saw the strike tried to revive one of the injured members, the wife of one of the passengers. She was taken to an area hospital where she died. Another decease passenger was recovered from the water.

Earl is expected to become a hurricane later in the week. It has not been forecast yet for landfall.

‘This was a challenging case in a tropical storm with heavy seas, gusty winds, and low visibility, but this is what the Coast Guard trains for,’ Smith said. ‘I’m proud of the crew, everyone came together as a team to safely and efficiently execute the mission. Fortunately, the survivor was able to hang on until we could arrive and we are all glad that he is safe.’