We need all the public holidays we can get, this one for the Queen included

Like the rest of you, I am absolutely over wall-to-wall coverage of the Queen. Not, however, September 22, the official day of mourning the late QEII. I am all for that. One thousand per cent.

Yes, I have read about corgis and racing, about her sense of humour and her selflessness, about her handbags, her carriages; about her difficult children and her awful ones. I haven’t read all that much about Anne. She’s been my favourite since the brilliant portrayal of her rebellious youth in The Crown, which is about the extent of my in-depth study of the clan of official colonisers, the kings and queens of England. Since the days of having to know for an exam in which order and how the wives of Henry VIII were dispensed with, my interest has been minimal. I think about how much I would like a republic, but then fear a Trump-ish idiot, so put that swiftly out of my head. 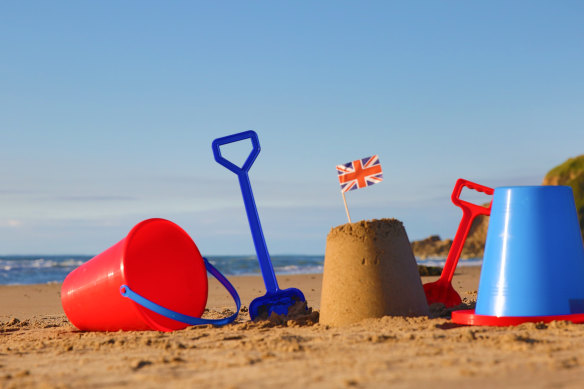 This extra day off will be the break we all need. Credit:iStock

But in terms of honouring tradition, I absolutely cannot wait for September 22. And the uproar about – yet another – public holiday has been hilarious. The folks who’d love to have the rest of us shackled to their dark satanic mills seven days a week are complaining about a day of lost revenue, about disruptions to earnings, with no notice. There is no place for even gentle whingeing by business lobbies at this time of national sorrow. Also, what did you want – the Queen to notify you when her time had come? You lot usually love tradition and protocol.

Sure, there is an itsy-bitsy-teeny-weeny economic reason to avoid public holidays. It’s so tiny that the entire drag on the economy of September 22 will be approximately 0.4 per cent in the September quarter only. Blink and you’ll miss it. Senior economist at KPMG Sarah Hunter says the UK’s Office of National Statistics explored what happened when the government bunged in a couple of unexpected public holidays: two for various jubilees and one for the wedding of William and Catherine. The economic cost was small.

Hunter says three sectors benefited: hospitality, retail and leisure. Construction, manufacturing and office-based work dragged the result down. But in Australia, we know how to party. My prediction is that our capacity for commemoration is epic. Just as we spend a lot of money on Australia Day, we will also indulge on September 22, our national day of mourning. In Victoria, the lucky bastards will also have the annual Friday before the AFL grand final day, a public holiday which makes me green with envy. In my case, red and green. Where is my public holiday? The Friday before the NRL grand final? Where? How is it that Victoria gets more public holidays than NSW? Are we not pretty enough? 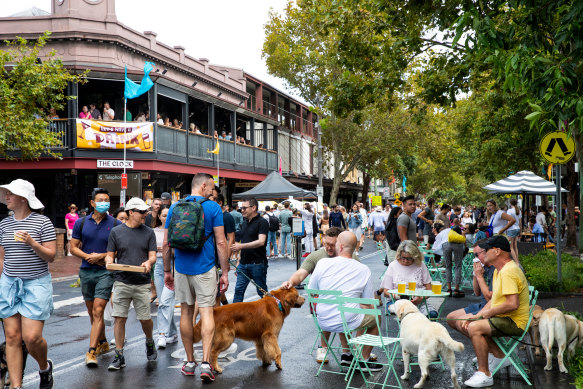 Not all business suffers on a public holiday. Credit:Edwina Pickles

I asked Hunter about the wellbeing benefit (Australia is soon to have a wellbeing budget) and she wasn’t sure – but I can say with reckless abandon that an extra day at home gives us time to do the things we can’t normally do, including having a surprising small moment of unstructured life. There is, of course, some room for reasonable complaint from those of us who finally have an appointment with a doctor or a hospital. For you, I make an exception. Our medical system is in such shambles, and this won’t help. And, of course, there are some of us here who will absolutely spend this time honouring the late Queen.

Here’s why this day off has come at the perfect time for most of us: COVID’s not over but everyone behaves like it is. Just the sheer stress of the last two years, eight months, and still counting means we feel more tired, more likely to be filled with existential dread, than ever before. It’s September, but I’m at least as tired as I usually am in late November. This extra day off will be the break we all need. And at 11.59pm on September 22, this relentless coverage of the late Queen and her children will cease. In my dreams and prayers. Amen.

The Opinion newsletter is a weekly wrap of views that will challenge, champion and inform your own. Sign up here.