A Florida woman was arrested Wednesday for orchestrating a yearslong romance scam that defrauded an 87-year-old Holocaust survivor.

Peaches Stergo began her alleged scheme in May 2017 and bilked the victim out of $2.8 million over the next four years, federal prosecutors said.

Stergo met the victim on a dating website and eventually asked him to borrow money to pay her lawyer, who she claimed was refusing to release funds from an injury settlement, according to the indictment. After the victim gave her the money, Stergo said the settlement funds had been deposited into her TD Bank account.

MORE: Jen Shah’s scam victims speak out: ‘You get to the point where there’s no way out’

The alleged lies continued over the next four years. Stergo is charged with one count of wire fraud, which carries a maximum sentence of 20 years in prison.

“Stergo deceived an 87-year-old Holocaust survivor, maliciously draining his life savings so she could become a millionaire through fraud. Stergo forged documents and impersonated a bank employee in exchange for a life of fancy trips, Rolex watches, and luxury purchases,” U.S. Attorney Damian Williams said in a statement. 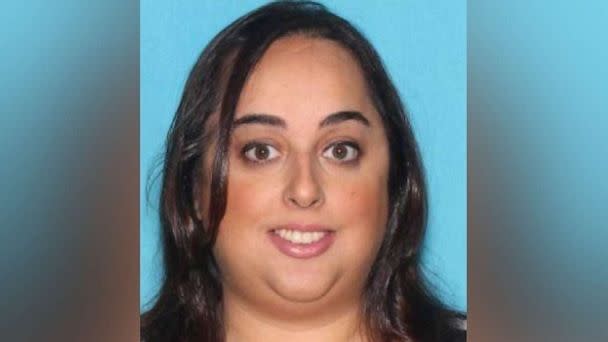 Stergo, 36, of Champions Gate, Florida, repeatedly demanded the victim deposit money into her bank accounts. She claimed that if he did not, her accounts would be frozen and he would never be paid back. In total, the victim wrote 62 checks — totaling more than $2.8 million — that were deposited into Stergo’s bank accounts, the indictment said.

While the victim lost his life savings and was forced to give up his apartment, prosecutors said Stergo lived a life of luxury with the millions she received from the fraud. She bought a home in a gated community, a condominium, a boat and numerous cars, including a Corvette and a Chevy Suburban.

During the course of the fraud, Stergo also took expensive trips, staying at places like the Ritz Carlton, and spent many tens of thousands of dollars on expensive meals, gold coins and bars, jewelry, Rolex watches and designer clothing from stores like Tiffany, Ralph Lauren, Neiman Marcus, Louis Vuitton and Hermes, according to prosecutors and the FBI.

“Today we allege the defendant callously preyed on a senior citizen simply seeking companionship, defrauding him of his life savings,” the FBI’s Mike Driscoll said in a statement.