Washington: Women in every US state would be prohibited from having an abortion after 15 weeks of pregnancy under a proposed national ban designed to galvanise Republicans ahead of the midterm elections.

Three months after the Supreme Court overturned the constitutional right to abortion in America, Republican Senator Lindsey Graham, an ally of Donald Trump, has introduced legislation for a federal ban, claiming that such a move would get the nation into a position that was “fairly consistent with the rest of the world”. 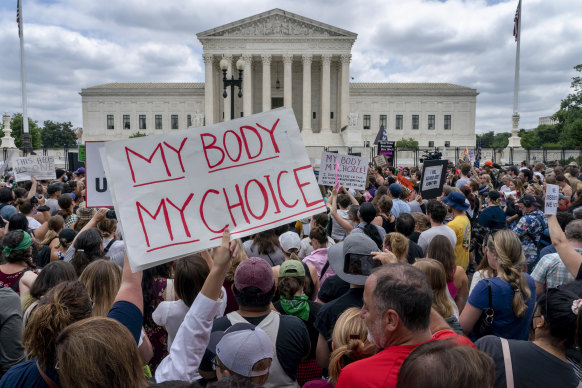 Crowds outside the US Supreme Court after its decision to overturn Roe v Wade on June 24.Credit:AP

The legislation would include exceptions for cases involving rape, incest or risks to the life and health of the mother.

And while it has no chance of receiving a vote in Congress while the Democrats currently have a slim majority, its aim is largely to activate Republicans and pro-life forces to vote in the midterms on November 8, in order to shift the balance of power.

“If we take back the House and Senate, I can assure you we’ll have a vote on the bill,” said Graham, speaking at a press conference alongside pro-life groups at the US Capitol on Tuesday (US time). 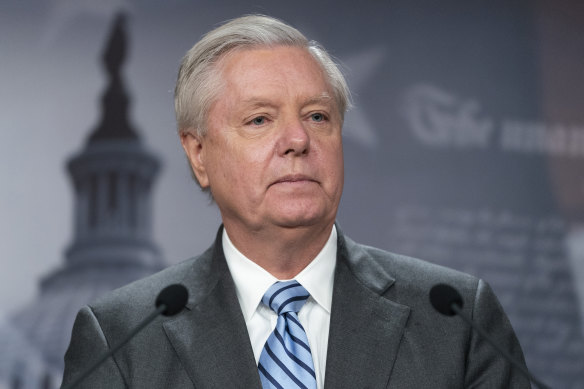 The legislation is a reversal from a few weeks ago, when senior Republicans, including minority leader Mitch McConnell, suggested that they were unlikely to push for a national ban after the court’s decision, which instead left the matter up to the states.

It is also politically risky, with polls showing that the majority of Americans do not support the Supreme Court’s landmark ruling overturning Roe v Wade decision, which had guaranteed a constitutional right to an abortion for nearly 50 years.

But the introduction of such a bill is nonetheless sign of just how potent the abortion has become as a battleground issue ahead of the midterms.

In some states, such as Arizona, Michigan and Pennsylvania, Republican candidates have even scrubbed their websites of previously extreme positions following last month’s surprising vote in Kansas, where voters of all political stripes resoundingly defeated a ballot that would have removed abortion protections from the state’s constitution.

Graham is banking on voters taking the view that a ban after 15 weeks could strike the right balance between hardline pro-lifers who want an outright prohibition, and other conservatives who would prefer less extreme restrictions.

Severe laws have already come into play in multiple states, forcing women to travel thousands of miles to places where abortion remains legal if they wish to terminate a pregnancy. Arkansas, Mississippi and Tennessee, for example, are among several states where abortion is banned outright, with no exceptions for rape or incest.

Democrats and pro-choice advocates seized on Graham’s bill on Tuesday. White House spokeswoman Karine Jean Pierre described it as “wildly out of step with what Americans believe,” while Majority Leader Chuck Schumer tied it to Trump’s “Make America Great Again” wing of the GOP.

“Proposals like the one today send a clear message from MAGA Republicans to women across the country: your body, our choice,” Schumer said on the floor of the Senate.

However, Graham argued that his legislation was far more balanced than the Democrats’ failed attempt to codify abortion protections into law, which took place after the Supreme Court decision in June.

Had it passed, the Democrats’ bill would have granted a federal right to terminate a pregnancy until fetal viability, which is generally around 22 to 24 weeks of pregnancy.

“I have chosen to craft legislation that is eminently reasonable in the eyes of the American people and hopefully the world,” he said.