Presenter Alex Scott was scorned for her clothing choice at a recent Soccer Aid charity event, with viewers branding it “completely inappropriate” and accusing her of “indecent exposure”. Now, the former pro footballer has toned it down totally and donned an androgynous suit.

“Couldn’t wear an @england top on air last night, so thought this was the next best thing,” she joked on her Instagram Stories the day after her Euro 2022 coverage aired.

She posted a snap of herself in a grey trouser suit with a waistcoat style top half, and black sleeves underneath so that barely any flesh was on show.

The 37-year-old teasingly attached a photo of Gareth in a similar get-up.

Her Instagram post exclaimed: “Style inspo from Gareth Southgate. If it helps us get to Wembley on July 31st I’m rolling with it.” 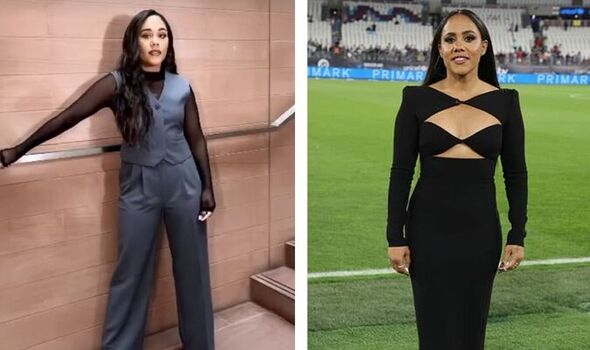 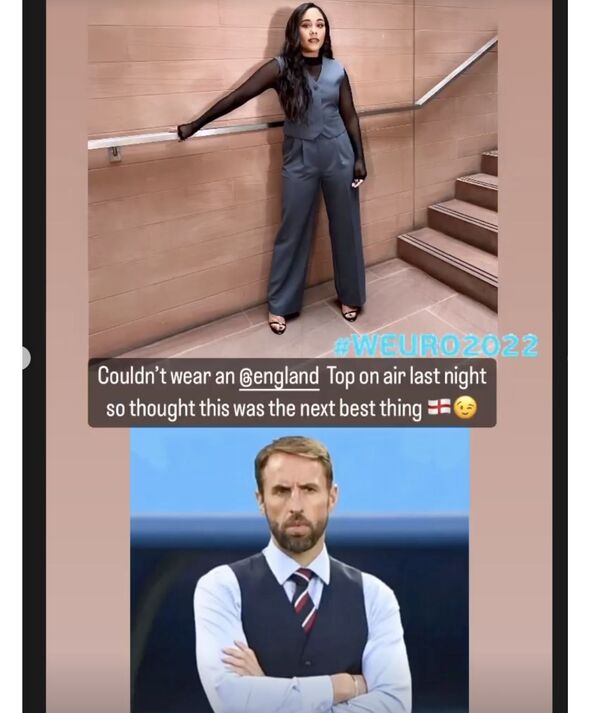 She added: “3 points for the @lionesses and a special opening night of the @weuro2022 … C’mon @england!”

The cleavage baring dress that had previously caused the controversy was low cut and featured a small cut out section at the waist, and she paired it with towering peep toe heels.

War then broke out on Twitter between her supporters and those mocking her, with critics blasting it for everything from its revealing cut to even its colour.

One tweeter defended: “She’s got less skin on show than the players tbh mate.” 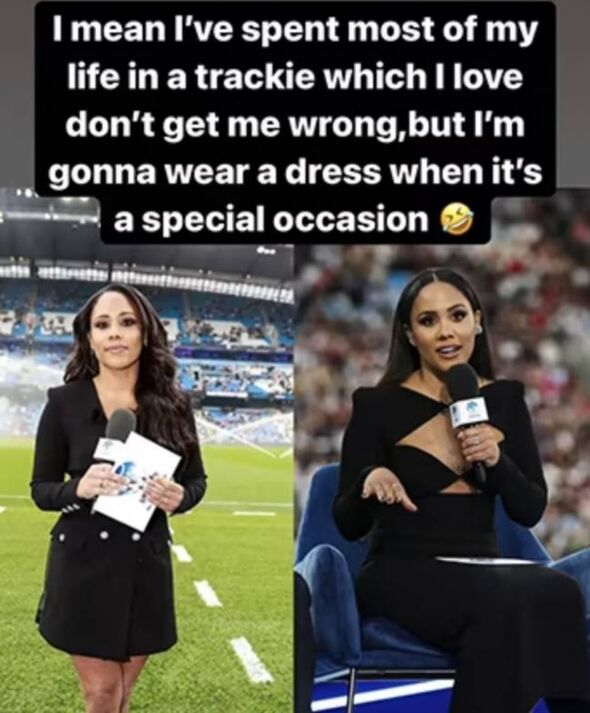 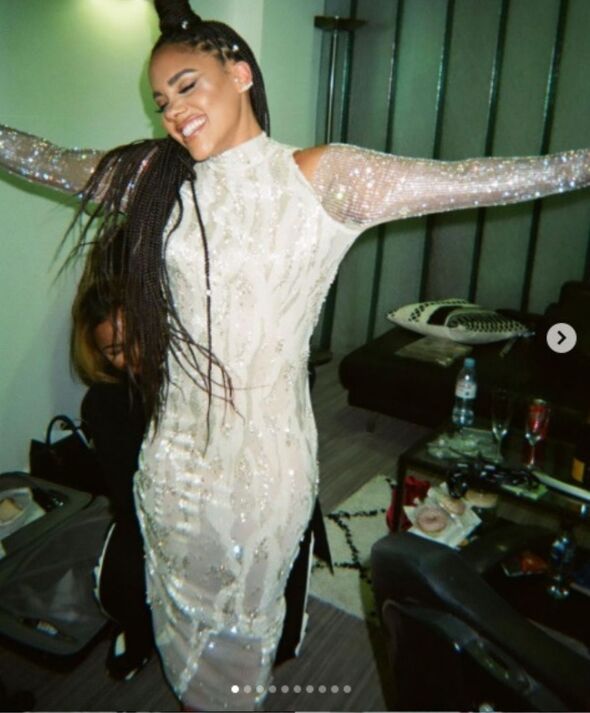 He added: “Just wondering what would be an appropriate dress for the situation and who the f**k gave you the authority to decide?”

Others pointed out that Robbie Williams, who established Soccer Aid 16 years ago, had attended the event in “glittery double denim”.

Plus in spite of the negativity, the game raised a record-breaking £15.6 million for UNICEF – the most that had ever been raised from one of their charity games since Soccer Aid first began.

A bemused Alex then waded into the furious debate, addressing the division the outfit had caused.

“I mean I’ve spent most of my life in a trackie which I love don’t get me wrong, but I’m gonna wear a dress when it’s a special occasion [sic],” she declared.

She then added: “Okay, going to push that negative energy to the side and concentrate on the good.

“Just wanted to say a massive thank you to everyone who donated over the weekend to Soccer Aid for UNICEF.

“It’s incredible, managed to raise over £15 million and I saw on my trip to Namibia where those donations go and they really do help change lives.”

She went on to describe the event at the London Stadium as a “magical evening”.