Ariana Grande buy-eth, and Ariana Grande sell-eth just as fast — she’s unloading her L.A. fortress after a little more than a year of living there … and turned a small profit.

AG just sold her mansion up in the Hollywood Hills, with a birds-eye view of La La Land below — scooping a nice and neat $14 million in the sale. No word on where she may be heading next … but wherever she lands, she’ll have more than just one person to think about.

Since snapping the place up back in the summer of 2020 … Ari’s gone through a lot of changes, including her marriage to Dalton Gomez.

Presumably, their next property might become their love nest and permanent home base … as the possibility of kids and everything else that usually comes after nuptials starts to work its way into the picture. 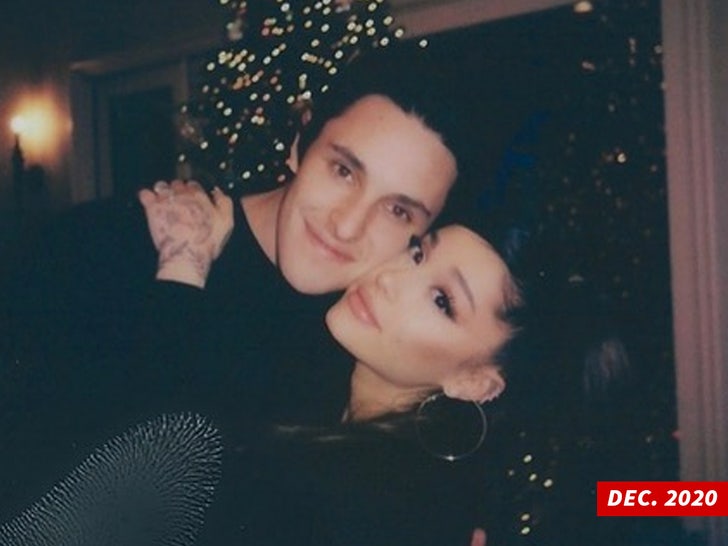 As for the pad she’s leaving behind … it probably would’ve worked just fine for a future fam too, as it was NOT lacking in space or luxury. It was a 4-bed, 7-bath modern-day palace — with a private fitness studio, a 300-bottle wine cellar, a pool and gorgeous views of the city.

Still, maybe they’re thinking of a new area … and perhaps want even more room to spread out than this. Remember … Ari bought it for a cool $13.7 mil at the time — so she made about $300k from the sale, and probably broke even after fees and closing costs.

Aaron Kirman of the Aaron Kirman Group at Compass repped Ariana in the sale. Josh Altman and Jacob Greene represented the buyer.