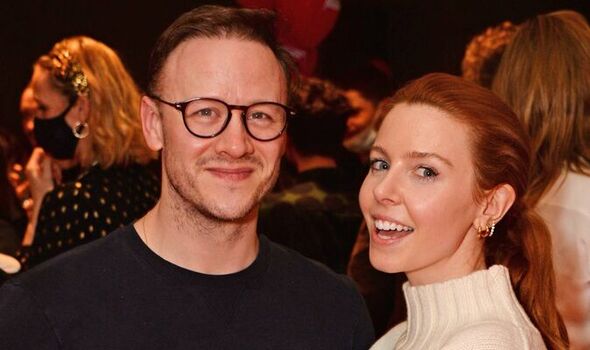 Documentary-maker Stacey, 35, first met Clifton when they competed on the BBC show together in 2018. They beat Joe Sugg, Faye Tozer and Ashley Roberts in the final to take home the glitterball trophy.

Luton-born Stacey shared a picture of her bump on Instagram and wrote: “Gaaaaaaang… We are having a baby! So bloody delighted.”

“Kev, you’re magic, I love youuuu. (Was becoming impossible to hide and if one more person asks me if I’ve had my t**s done in LA I’m gonna scream.)

Stacey is famed for her hard-hitting investigative documentaries. Following Strictly she presented an episode of Panorama, titled Stacey Meets The IS Brides.

She also made Stacey Dooley: Locked Up With The Lifers and a programme titled Stalkers.

Kevin, 39, quit Strictly in 2020 after appearing in five finals in his seven years. He then got the lead in Strictly Ballroom The Musical, a theatre production based on Baz Luhrmann’s 1992 film.

On Instagram, Grimsby-born Kevin wrote: “We’re having a baby! And I think my girl @sjdooley looks beautiful pregnant.”

Strictly judge Motsi Mabuse also sent her congratulations, while Strictly pro-Amy Dowden wrote: “I’m so so sooooooooo HAPPY FOR YOU BOTH BRO!”

Rachel Riley and Pasha Kovalev as well as Kristina Rihanoff and Ben Cohen have had kids after appearing on the show.