‘My hands are completely numb’: Britney Spears reveals she has incurable nerve damage after being held against her will in a medical facility… but has found relief from dancing

Britney Spears took to her Instagram page and revealed to her 41.7 million fans and followers that she has nerve damage on the right side of her body.

The 40-year-old superstar’s medical condition comes as a result of time she spent at medical facility that she was placed in against her will back in 2019.

She opened up about the health issues she’s been experiencing while sharing a video to Instgram, revealing there’s’ no cure’ for the nerve damage, which causes pain and numbness.

Despite this, she has found that dancing helps alleviate some of the symptoms. 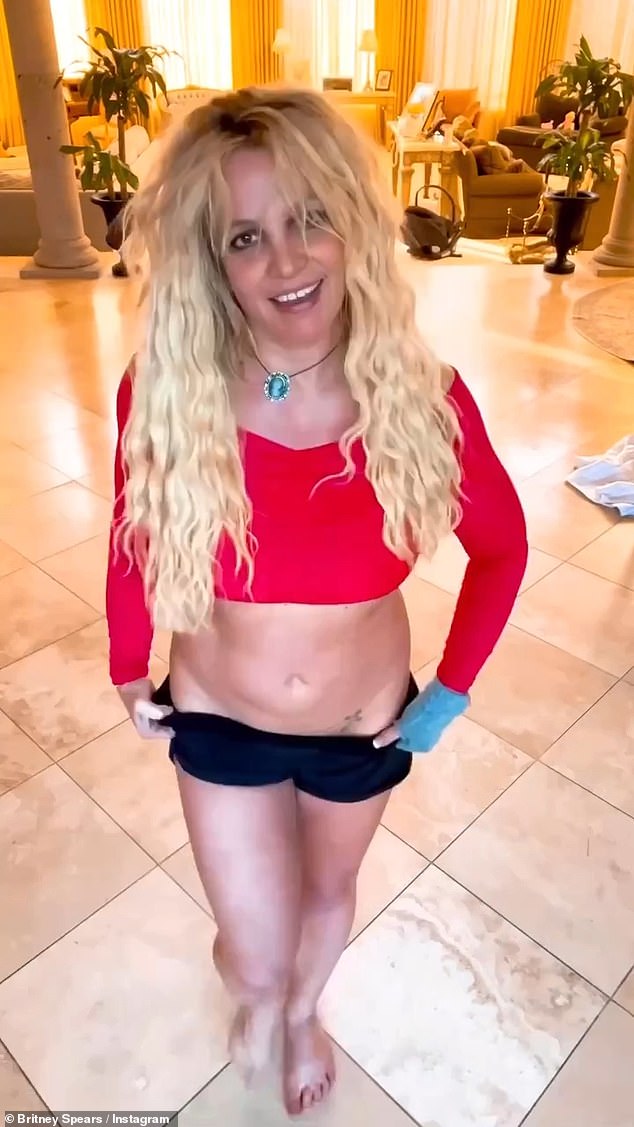 Health issues: Britney Spears, 40, took to Instagram and shared another dancing video, where she revealed she has nerve damage on the right side of her body 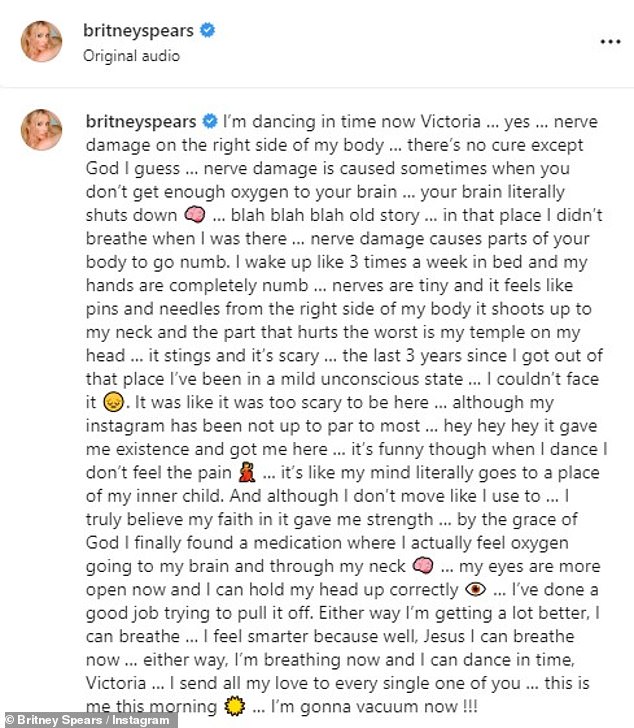 Serious symptoms: The Toxic singer wrote that there’s’ no cure’ for her nerve damage and that the pain and numbness has affected her sleep 3 times a week’

‘I’m dancing in time now Victoria … yes … nerve damage on the right side of my body … there’s no cure except God I guess,’ she began in the caption, without explaining exactly who Victoria is.

She continued: ‘nerve damage is caused sometimes when you don’t get enough oxygen to your brain … your brain literally shuts down … blah blah blah old story … in that place I didn’t breathe when I was there … nerve damage causes parts of your body to go numb.’

Spears revealed she wakes up ‘like three times a week in bed with my hands are completely numb’ and feelings of ‘pins and needles’ on the right side of her body.

‘It shoots up to my neck and the part that hurts the worst is my temple on my head … it stings and it’s scary,’ she explained, adding how ‘the last 3 years since I got out of that place I’ve been in a mild unconscious state … I couldn’t face it.’ 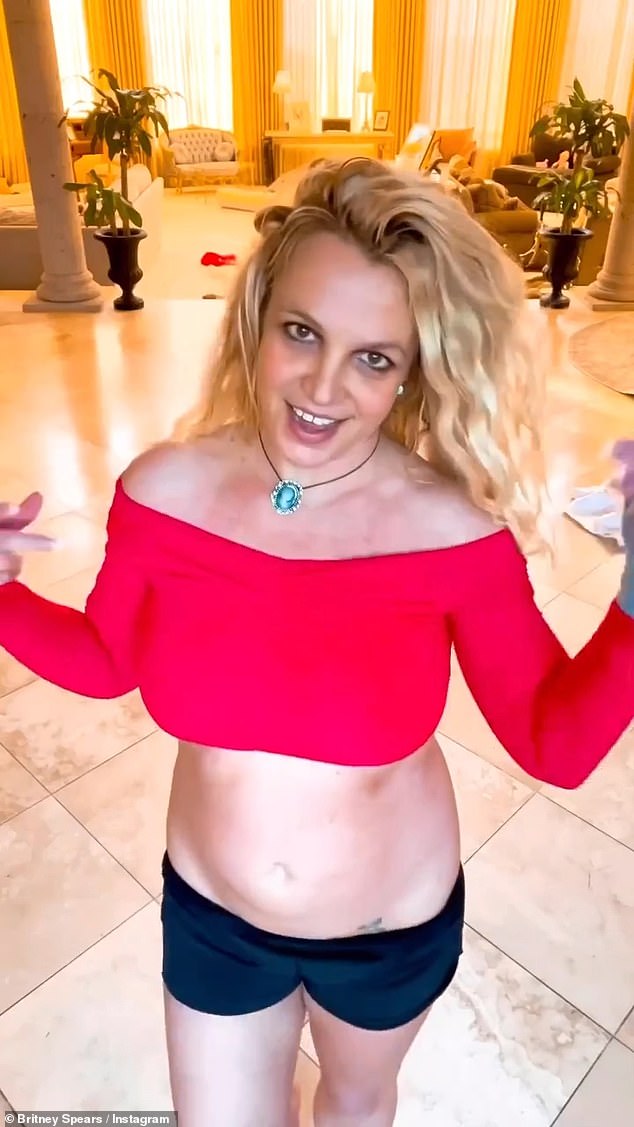 Shake your bootie: Like many of her previous videos, Spears dances and twirls dressed in a red long-sleeved crop top and black low-rise shorts

Dancing medication: While the songstress revealed some nasty symptoms, she also confessed that dancing helps alleviate the pain 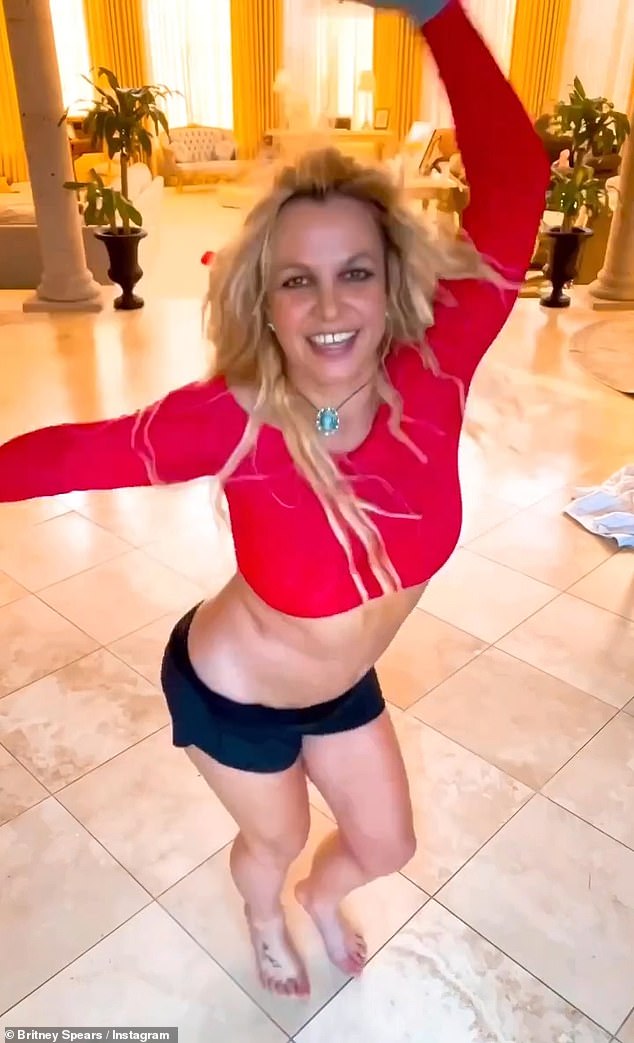 Confessional: The chart-topper references a Victoria, but does’t explain exactly who she is in the caption of the Instagram post

‘That place’ appears to be a reference to the medical facility Spears was put into against her will in 2019, which she’s called out repeatedly.

‘It was like it was too scary to be here … although my instagram has been not up to par to most … hey hey hey it gave me existence and got me here,’ she continued, before sharing that she does’t ‘feel the pain when I dance.’

‘It’s like my mind literally goes to a place of my inner child. And although I don’t move like I use to … I truly believe my faith in it gave me strength … by the grace of God I finally found a medication where I actually feel oxygen going to my brain and through my neck,’ she wrote.

She went on to share that her health issues have gotten ‘a lot better’ in more recent times.

‘My eyes are more open now and I can hold my head up correctly … I’ve done a good job trying to pull it off. Either way I’m getting a lot better, I can breathe … I feel smarter because well, Jesus I can breathe now … either way, I’m breathing now and I can dance in time, Victoria … I send all my love to every single one of you … this is me this morning … I’m gonna vacuum now !!!’ she ended the post. 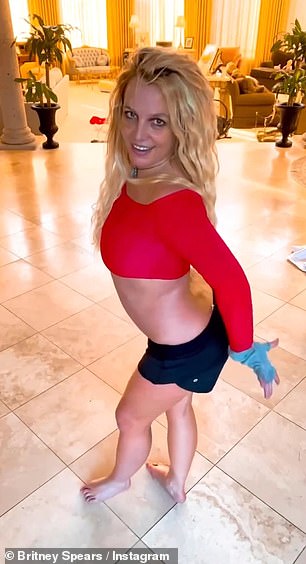 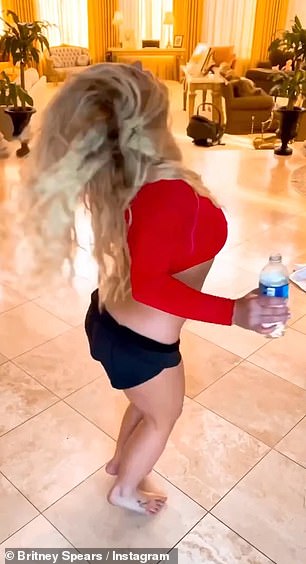 Trust in faith: The Born To Make You Happy star believes her ‘faith’ is giving her strength 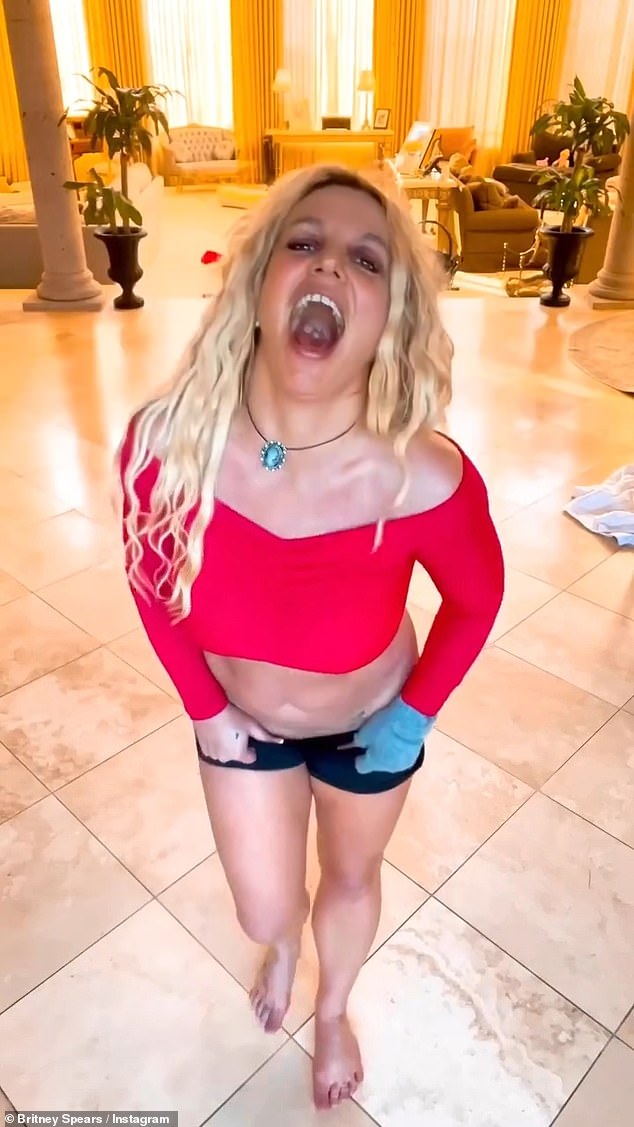 Improving: After explaining how she has ‘gotten a lot better’ in recent times, Spears addresses Victoria again at the end of the caption about her breathing and dancing in time