She’s on the naughty list! Hailey Bieber turns into a VERY cheeky Mrs. Claus for racy lingerie shoot as she gets into the holiday spirit for new Victoria’s Secret campaign

In one scene the 26-year-old supermodel – who was recently named on Forbes’ 30 Under 30 power list – showed off her stunning figure in a red thong bodysuit with cutouts.

The Rhode Skin founder teased the look underneath a plush red cape with white fur trim. 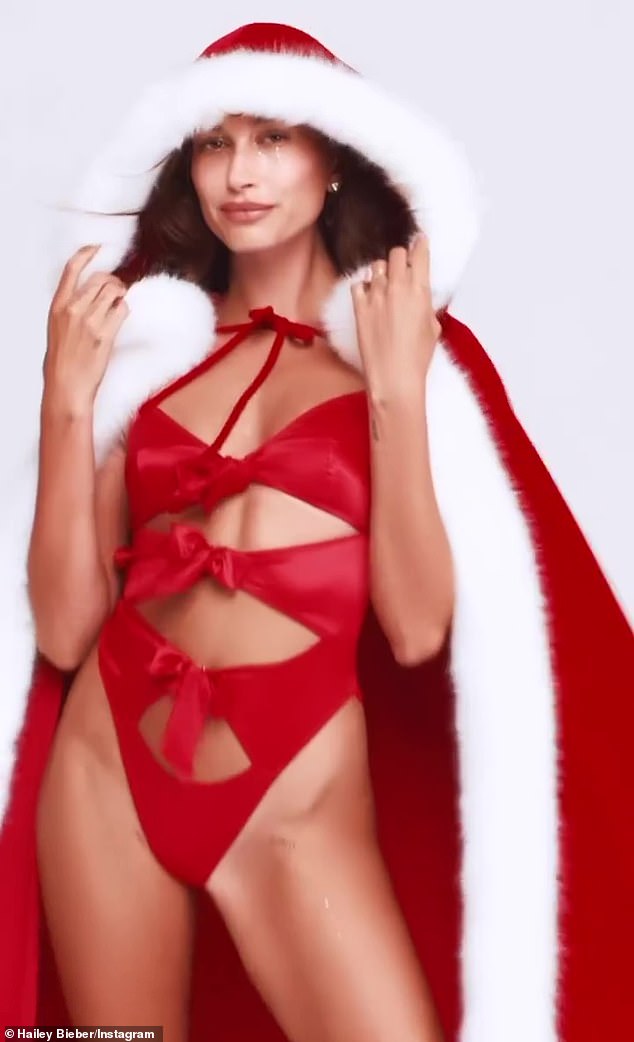 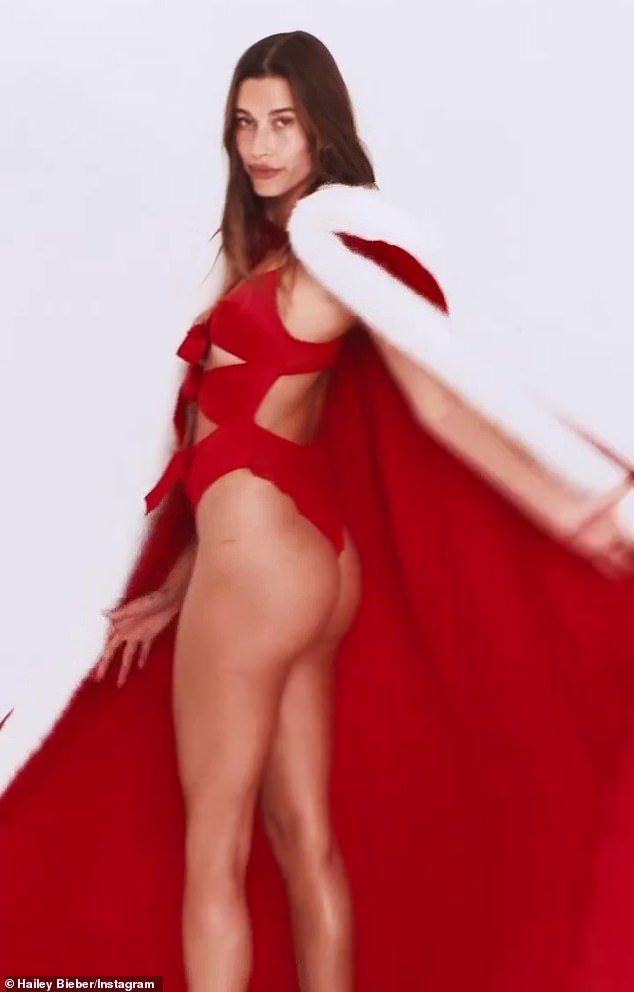 Cheeky: In one scene the 26-year-old supermodel showed off her stunning figure in a red thong bodysuit with cutouts

Hailey was leggy in the legendary company’s negligee, which featured three front bows and flashed her toned tummy.

She added to the jubilant ensemble with a pair of pointed-toe red shoes with a stiletto heel.

Taking to Instagram, the entrepreneur shared the content with her 49.3 million fans via the app’s Stories feature. 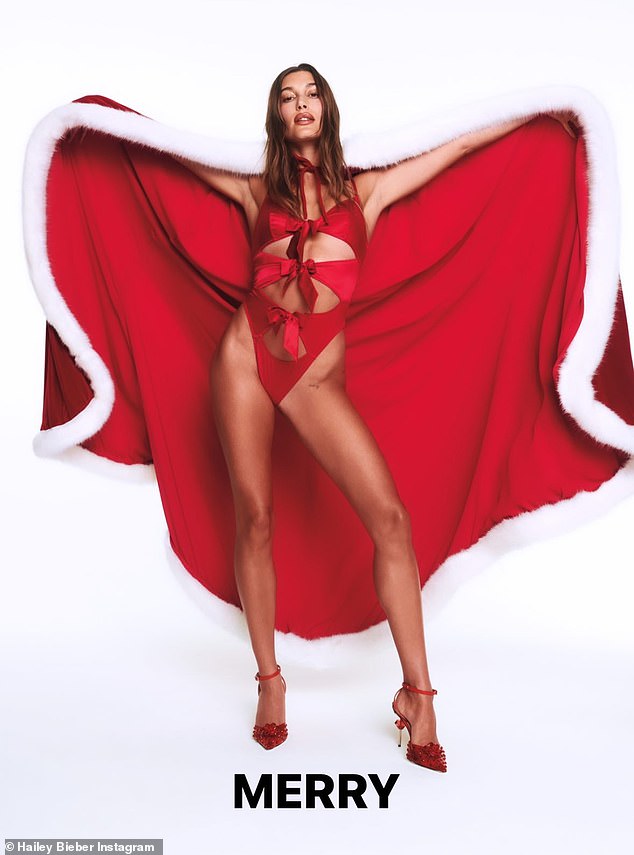 Stunner: Hailey was leggy in the legendary company’s negligee, which featured three front bows and flashed her toned tummy 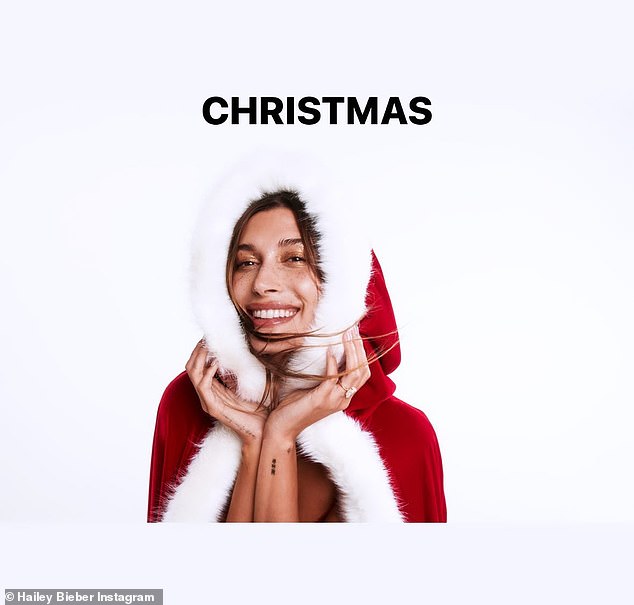 Holiday cheer: The photo shoot took place with a white backdrop for one of the looks and Hailey wrote ‘Merry Christmas’ across the outtakes

Other outtakes from the set showed the media personality in a white bra and coordinating thong.

She was showered in confetti in the shots as she walked confidently, flashing her pert backside.

The star’s eyelids were dusted in shimmery golden eyeshadow and her pout was coated in a warm, moisturizing brick-colored lip stain.

Bieber has been modeling for the brand throughout the year, occasionally sharing photos on her social media.

Back in June she launched her skincare line, stepping into the role of founder and developer.

She’s been recognized as an upcoming groundbreaker in the industry and spoke about launching her business at The Wall Street Journal’s WSJ Tech Live Conference in October. 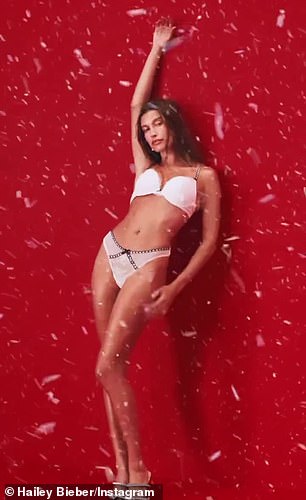 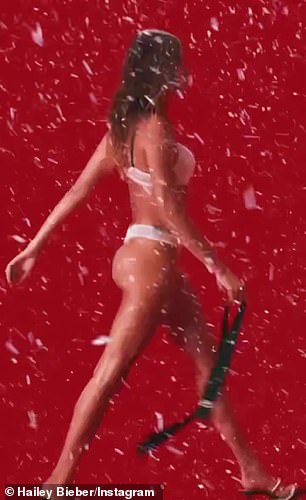 Sexy: In another scene Mrs. Bieber stripped down to a white bra and thong combination

On Tuesday the beauty enthusiast proudly shared her Forbes 30 Under 30 cover with fans.

Hailey donned a white turtleneck dress in the gorgeous photo for the publication’s annual edition.

A quote from her on the cover read, ‘I’ve lent my face to other people. Now it feels very empowering to be in charge.’

Rhode Skin launched in June and has already become a favorite among skincare diehards with its five flagship products. 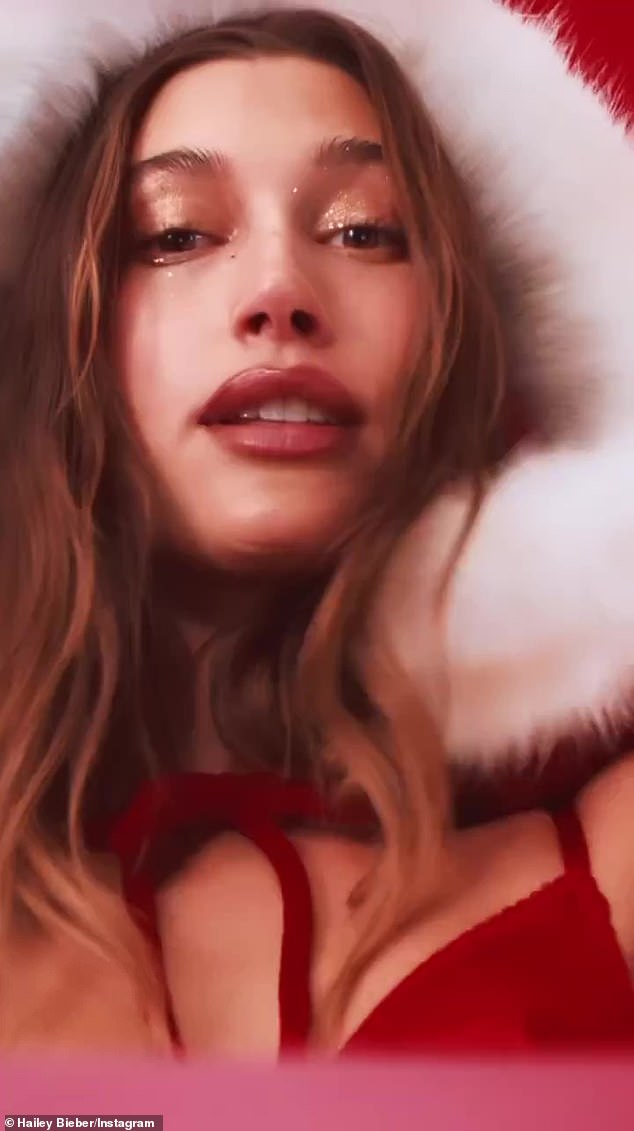