Ismael Cruz Córdova On Disrupting Status Quo With Role In Lord Of The Rings: The Rings Of Power Emmy Red Carpet

Ismael Cruz Córdova knew playing a Black elf in Amazon’s Lord of the Rings series The Ring of Power was going to be met with backlash, which only made him want it more.

Cruz Córdova, who is an Afro Latino born in Puerto Rico, is a longtime fan of J.R.R. Tolkien’s work and longed to play among the author’s words. He currently stars as Arondir in the series, an elf who is in love with the human Bronwyn (Nazanin Boniadi), a relationship which is forbidden.

“I took this role specifically. I’m a fan, and for a lot of reasons. One of them was that I knew this was going to happen,” Cruz Córdova told Deadline of the racist backlash he’s received. “I even got some rejections for the role but I still kept going for it because I knew there was going to be disruption. In my career, my mission has been, to occupy these spaces and put myself on the front lines. I have no problem doing that. So, I did expect this.”

The actor, who previously appeared in HBO’s The Undoing and Showtime’s Ray Donovan, admits that taking on such a challenge isn’t easy—he’s not bulletproof.

“Does it hurt? Of course, it does. It’s an energy; it’s toxic; it’s poisonous and carries no logic. But there’s this undercurrent of change and love and people are pouring their hearts into my DMs. I can’t reply to all of them but they’re like, ‘We hear people are being mean so we’re going to flood your DMs with love.’ And they have… that’s what matters to me.”

Watch his interview below.

Hammond’s Predictions (And Who “Should” Win); Red Carpet Photos; How To Watch 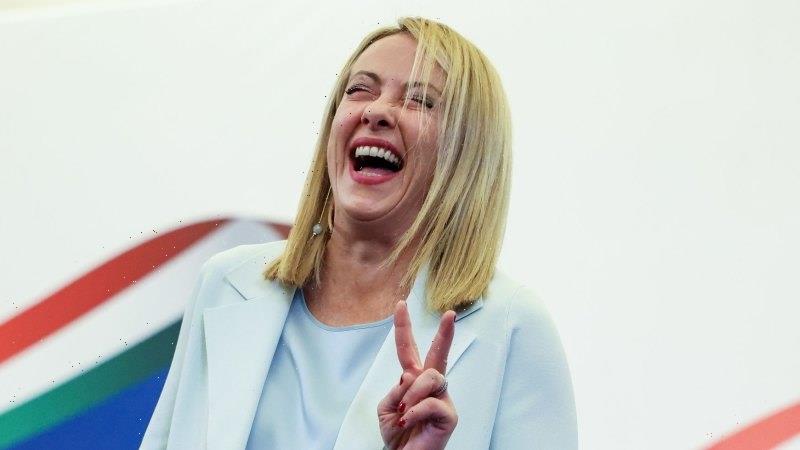