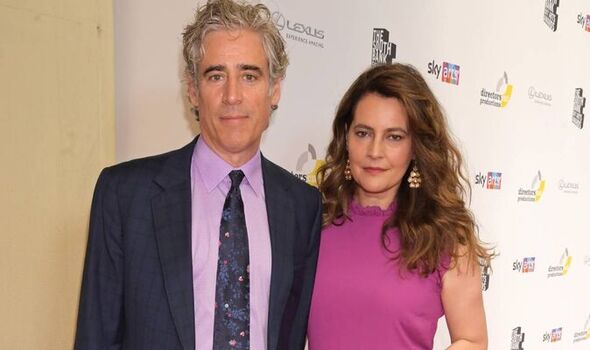 Stephen, 54, said: “It had a huge impact on me. You start to think, ‘Is that something in our family? Is that going to be my story? What’s going to happen to me?’ That can be terrifying.” But after visiting the health professional, he was reassured.

He explained: “I said, ‘What’s going on here? Is this the way I’m going?’ And he said, ‘Unless you have your mum’s bowel cancer thing – that is possibly a hereditary thing, possibly not – other than that you have no greater chance of dying from cancer than anyone else’.”

The actor, who is married to actress Louise Delamere, 53, with whom he has three sons, said: “If you have parents who died young, because there’s a chance that it’s hereditary, every five years the NHS, not to put too fine a point on it, shoves a camera up my backside.”

Stephen, star of BBC hit legal drama The Split with Nicola Walker playing his wife, is joining celebs from the worlds of film, music, TV and sport in the 2022 TCS London Marathon.

His mum’s death, he said, spurred him on to chase his dream of becoming an actor.

“I’d never really considered it an option, but it gave me the courage to try it because frankly, it was such a wake-up call that I might have maybe only 20 more years.”