Post Malone is showin’ some love to his new baby girl in a totally fitting way — it appears he’s inked his daughter’s initials on some prime real estate.

Sources close to Post tell TMZ … he got the new piece backstage after his Indianapolis show Sunday night by tattoo artist Chad Rowe. 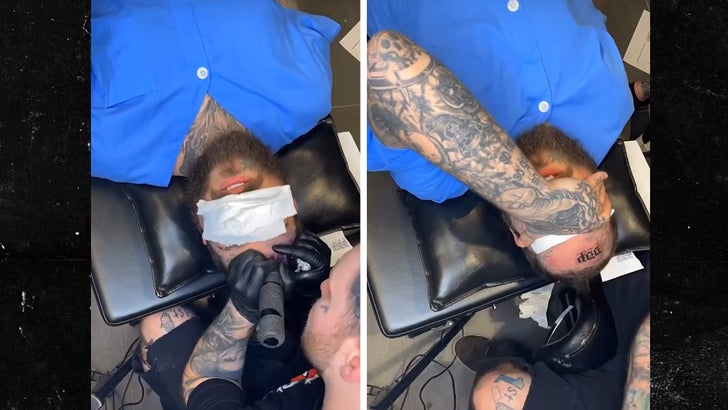 Now, Post has yet to reveal his daughter’s full name … but we’re told this new tat was definitely in her honor, so we’re assuming the bold “DDP” on his forehead are her initials. Let the guessing begin!

FYI, Chad’s no stranger to PM … he’s the same artist who did his “Always Tired” face tattoos back in 2018.

We broke the story that Posty was expecting his first child with his girlfriend in May. He then announced the birth of his daughter by subtly dropping the news while on Howard Stern in June.

The singer took a nasty fall 2 weeks ago, but he’s been doing way better recently. After postponing one show, due to a rib fracture, he’s back on tour and last weekend in Detroit he even rocked out with a bra on his head.