Royal fans saw Prince George, eight, and Princess Charlotte, seven, for the first time during the Queen’s official mourning period on Monday as they attended her funeral.

Prince William and Princess Kate‘s made the choice to shield their little ones from the emotional ceremonies from over the past ten days, and now HELLO!‘s royal editor, Emily Nash has shed light on why they chose Her Majesty’s funeral as the time to bring their children.

Emily said: “I think William and Kate’s decision to bring George and Charlotte was about them honouring their great-grandmother as members of her family as her beloved great-grandchildren, of which she was very proud but It also sent a message of unity and continuity which is so important to the monarchy.

MORE: 21 times royal children were caught being naughty in public

21 times royal children were caught being naughty in public

“This was also about showing the King, his heir, Prince William and also Prince George who is now second in line to the throne. I think that really sends a symbol of continuity out to the world.” 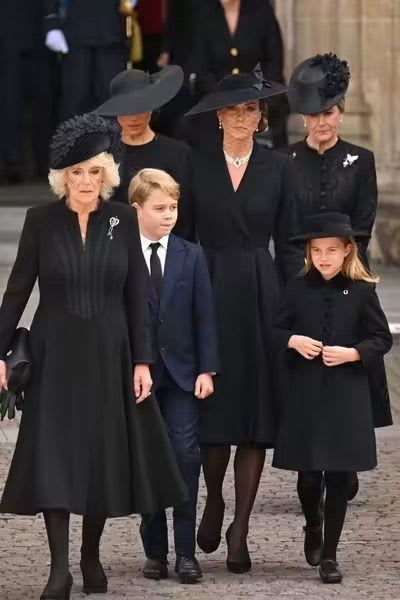 George and Charlotte were seen for the first time

She also explained: “I think William and Kate will have thought long and hard about this, obviously they’re very mindful of their children’s privacy, and Prince William having gone through the funeral of his own mother at a young age and understanding the difficulties that that caused him and his brother, will have been very careful about his decision.

“I think that it was really interesting that he chose to stand alongside the children in the procession. On the order of service we understood that the children would be walking behind their parents but in fact they walked four abreast, which was a very protective getsure from William and Kate.” 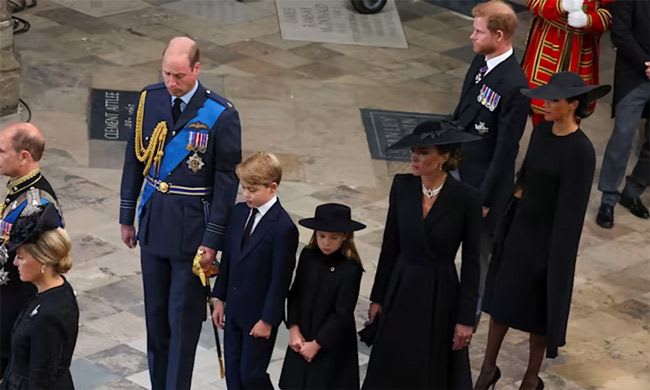 They joined their parents Prince William and Princess Kate

Prince Louise was not seen with his older siblings, a decision which is most likely down to his young age. Emily said: “I think Prince Louis at four years old, is probably too young to understand what has been going on over the past ten days.

“I imagine he was being very well looked after, perhaps by the nanny that the Prince and Princess of Wales have had for many many years but I don’t think he will have been watching, I imagine it’s quite a difficult thing to explain, particularly if your parents aren’t around.”