Sykes: The Sussexes would never make their kids swelter in a suit like Prince George 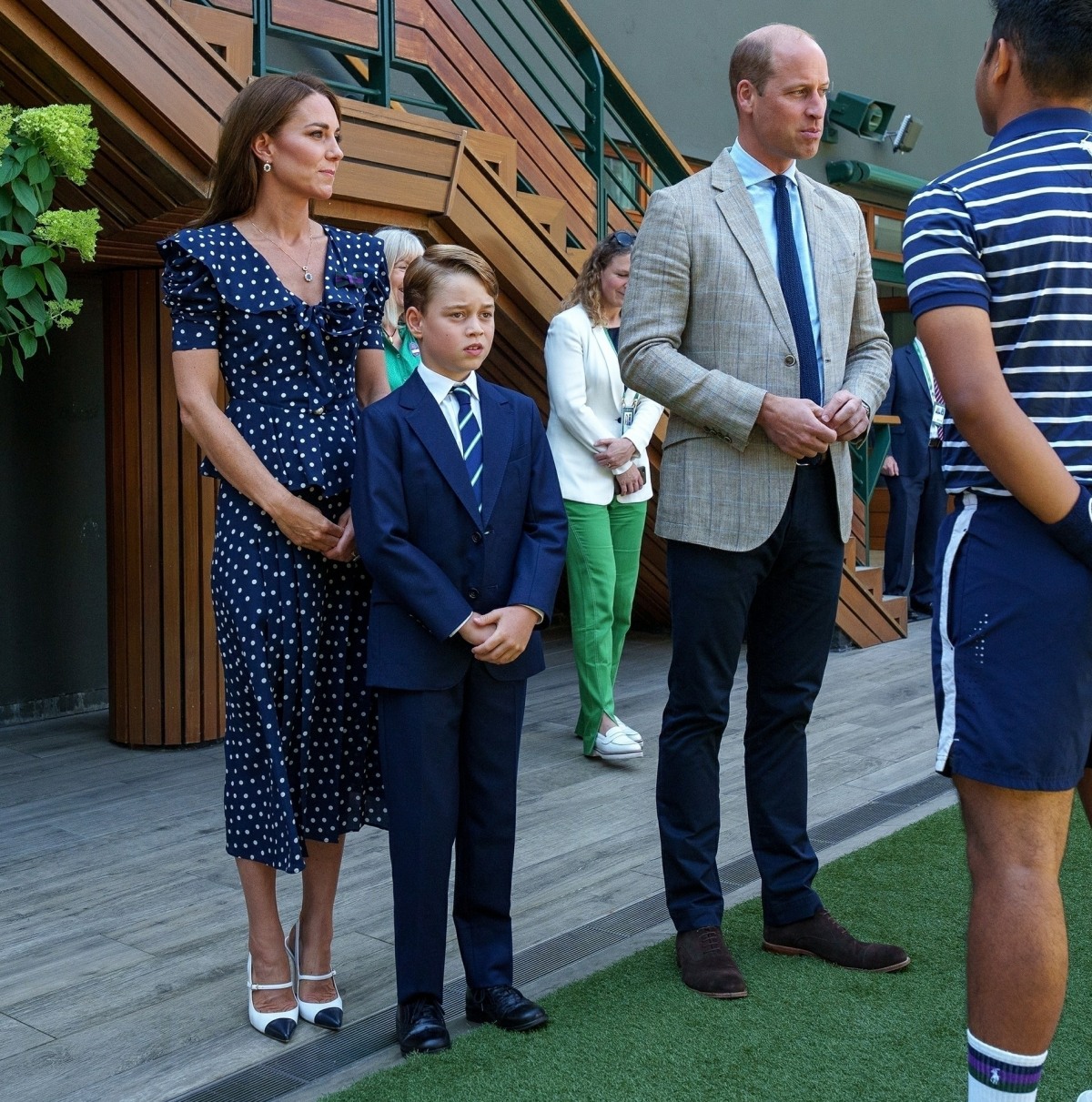 It’s happening with some frequency in a quiet way, but royal commentators and “royal experts” are actually starting to show respect to the Duke and Duchess of Sussex, especially with regards to how Archie and Lilibet are kept out of the spotlight. It really started happening during the Jubbly, when the Duke and Duchess of Cambridge overemphasized the importance of *their* children and felt the need to include all three kids in too many events. Which led to an overtired, sugar-rushed Prince Louis throwing a huge tantrum front-row of the Jubbly parade, not to mention all of the fuss he made on the balcony. Suddenly, the comparison between the Cambridges and Sussexes turned in Harry and Meghan’s favor. The royal reporters were like: say what you will about the Sussexes, but at least they don’t overexpose their kids. It was especially funny because William and Kate made a huge fuss about how their children should be the only ones on the balcony, the only ones emphasized during the Jubbly, etc. It blew up in their faces.

Well, on Sunday, William and Kate brought little George to the Wimbledon men’s final. My choice would have been different – I think Kate should have brought George and Charlotte to the men’s final and women’s final. But Kate and William like to emphasize that George is “special,” that he’s the heir, so George was the only kid in the Royal Box and his mom made him wear a stuffy suit during a heat wave. Which led to the Daily Beast’s Royalist column to write: “Prince George Sweltering in a Suit Is All the Justification Prince Harry and Meghan Markle Will Ever Need.” Ouch.

Sunday was the hottest day of the year in the U.K., with the BBC reporting at one stage that the temperature at Wimbledon’s centre court had reached 95 F and was expected to get as high as 104 F. Yet despite the ice-cream melting conditions, Prince William and Kate Middleton shoehorned their eldest son into a dark two-piece suit and tie for his first ever visit to the legendary tennis championship in southwest London.

Although a reporter for the Sun overheard Prince George telling his dad it was “too hot,” the impeccably behaved young prince barely showed a hint of boredom or restlessness for the entire four hours he was courtside and on show. For that he, and his parents, undoubtedly deserve great credit.

Yet despite his astonishingly mature conduct, and the no-doubt tireless efforts of his mother, who at the end of the whole thing then had to go and hand out trophies to winner Novak Djokovic and runner-up Nick Kyrgios, to many observers the notion of dressing George up in a suit and tie was a reminder of the absurd and Victorian demands that the institution places on the Windsor children. Turning them into glorified, suited show ponies at the most tender of ages, for example, seems to be hardwired into the palace’s DNA.

The contrast with Harry and Meghan could not be more pronounced. Last week, for example, pictures emerged of the couple at a Fourth of July parade where a snatched photograph of Archie showed the toddler wearing light, baggy jeans, a long cotton shirt, and a baseball hat to keep the sun off.

One can, of course, only imagine Harry and Meghan’s reaction to George apparently cosplaying as his father if they tuned in to watch the Wimbledon final Sunday. One assumes their response would be located, approximately, in the intersection of one of those Venn diagrams with three circular sets, the circles entitled, 1: “FFS,” 2: “What is wrong with those people?” and, 3: “Thank God we got out.”

Harry and Meghan have been explicit since leaving the royal family that they were motivated in large part to protect their children. Whilst many assumed at the time that this meant protect them from press intrusion, it has always been something of an open secret that a significant part of the whole mechanism of royalty is reliant on exploiting the adorable kids.

…Another way of seeing an 8-year-old dressed like a politician on the campaign trail is to be reminded of what Harry said about his brother and father in his and Meghan’s bombshell interview with Oprah Winfrey. “I was trapped, but I didn’t know I was trapped,” Harry told Winfrey, “Trapped within the system, like the rest of my family are. My father and my brother, they are trapped. They don’t get to leave. And I have huge compassion for that.”

“It has always been something of an open secret that a significant part of the whole mechanism of royalty is reliant on exploiting the adorable kids…” One might even say that it is a significant part of the invisible contract and the “business model” of royalty of which Harry wanted no part. The thing that bugs me about the Cambridge kids and their parents is that William and Kate want it both ways – their PR is that they’re raising their children “to be normal” and that their household has middle-class values and they just want their kids to be kids and not part of the royal machinery yet… and then they also use the kids as human shields and bring them out to events where it’s increasingly inappropriate.

With the Wimbledon men’s final in particular… like, some of those men’s matches can go on for four or five hours. That’s a really long time for an eight-year-old kid (clad in a heavy suit and no sunglasses) to be baking in the sun. Is giving your child heatstroke some kind of royal rite of passage or something? Just be sensible as parents, but it seems like Will and Kate cannot. I also think Kate and William had made the plan weeks ago to bring George to the final and they simply didn’t care about the heat on that day. Kate had already planned out his outfit and, as we’ve seen so often, Early Years Expert Kate was incapable of improvising or being sensible about when her kids deserve a break. 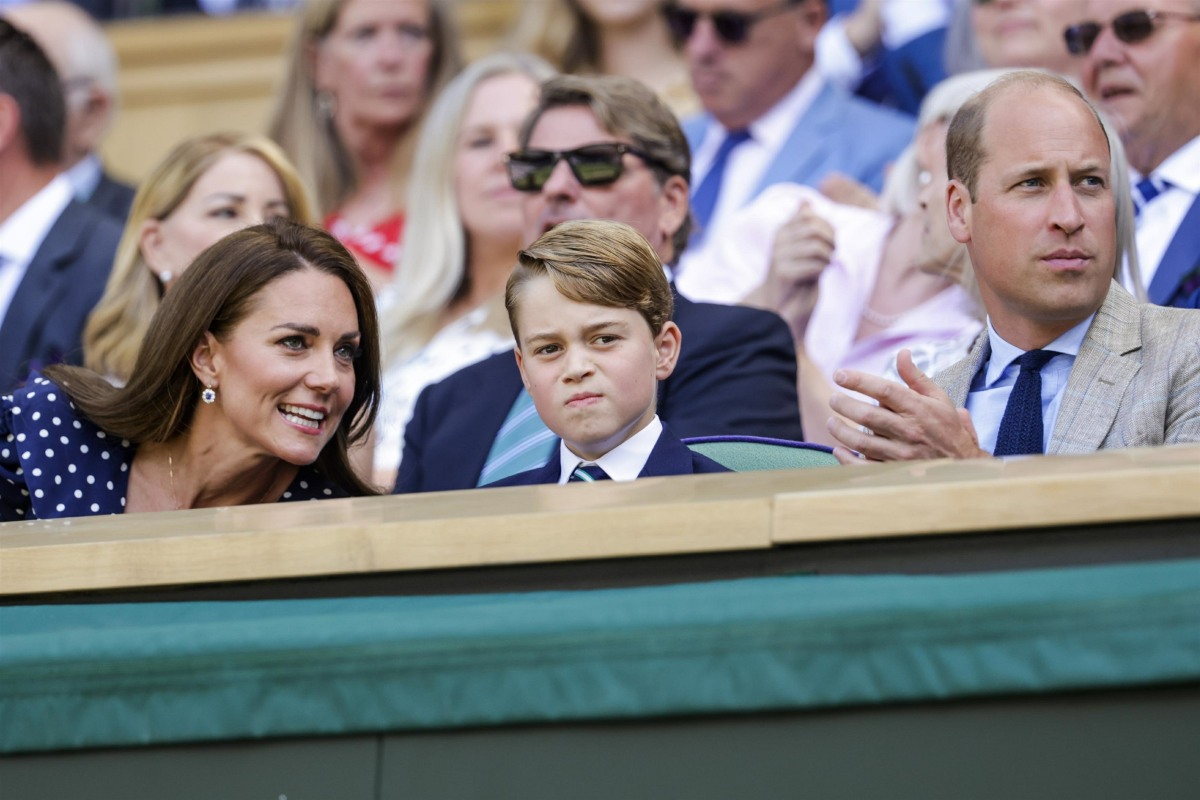 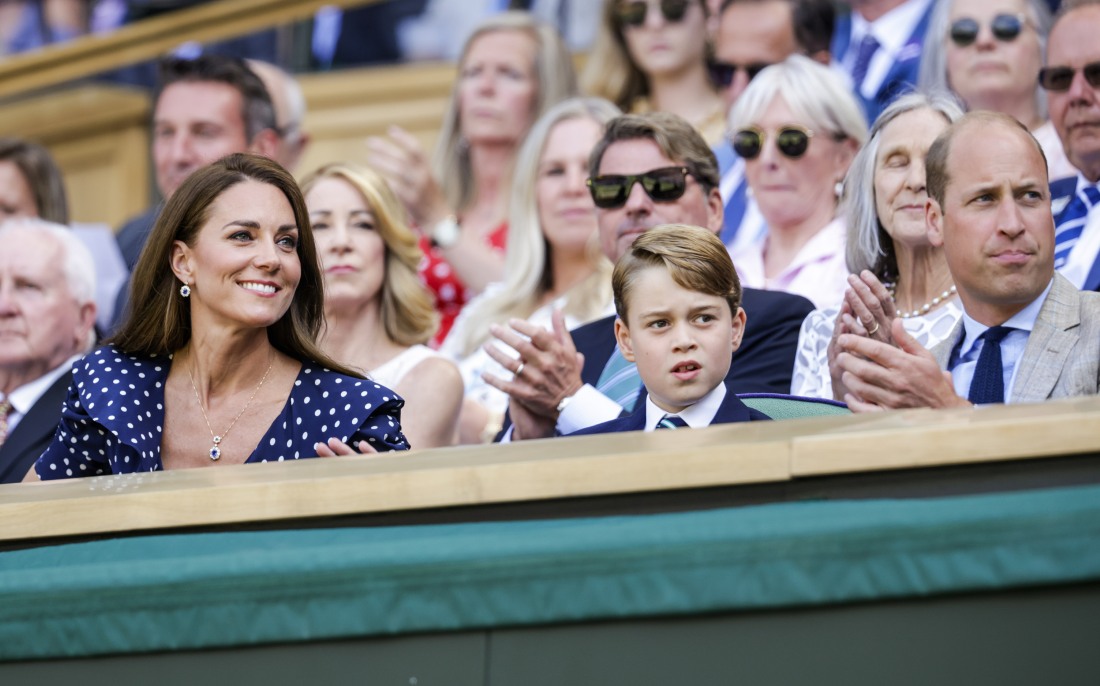