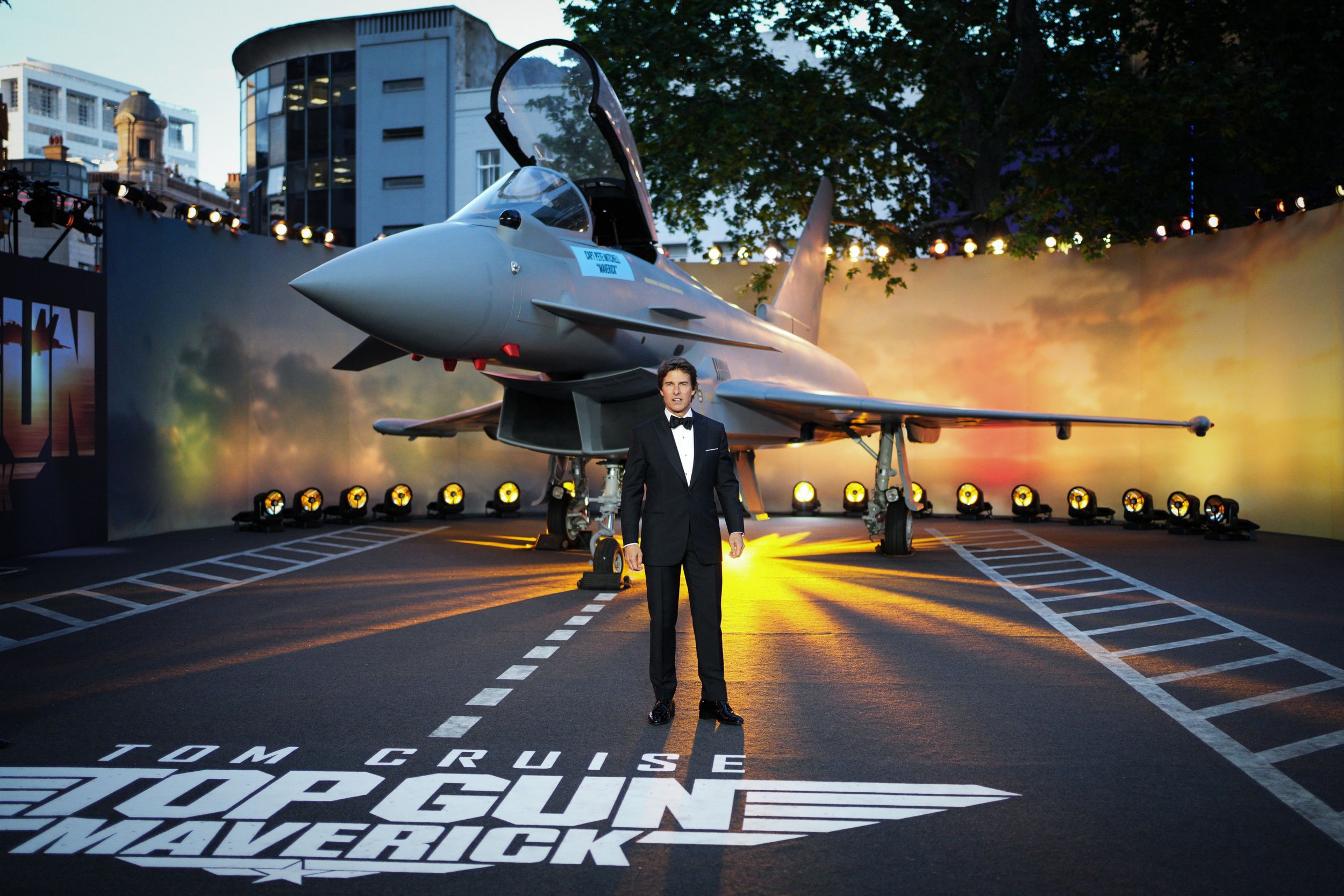 It is a big weekend if your name is Tom Cruise and you’re a massive Hollywood heavyweight, as the action hero is celebrating his 60th birthday today.

He has a lot to celebrate at the moment, as Top Gun sequel Maverick is currently flying high at the box office, easily smashing through the $1billion mark worldwide.

That’s definitely a huge gift within itself.

There is no denying that he’s still at the top of his game, but how does he do it?

In honor of Tom’s milestone big day, we’ve taken a stroll down memory lane to relieve some of his best moments and see what makes the Cruiser the last of the Hollywood icons.

1962: Cruise was born in Syracuse, New York. His full name was Thomas Cruise Mapother IV, but he was shrewd enough to shorten it.

1983: Risky Business. You may not remember much about this teen comedy drama, but everyone remembers Cruise being simultaneously silly and sexy as he dances around in his shirt, pants and socks. A star was born!

1989: Born On The Fourth of July. Cruise proved that he was more than a set of shiny teeth by playing Ron Kovic, Vietnam veteran turned anti-war activist.

He earned the first of his three Oscar nominations, the last of which was for Magnolia in 2000. The last for now, that is …

Cruise is no quitter – although his marriage to Kidman broke down soon afterwards.

And that’s really him doing the dangling, even if he had a safety rope which was digitally erased.

Of course, the scene was hardly essential to the story, but it gave the Mission: Impossible series its raison d’etre: to show audiences a Hollywood legend doing his own insanely demanding stunts. A risky business, indeed.

2005: The Sofa Incident. Here’s where things went a bit wrong. Cruise was on The Oprah Winfrey Show to promote War Of The Worlds, but he raved about Katie Holmes and jumped on Oprah’s sofa instead.

Between this loved-up gymnastics display and his attacks on psychiatry, Cruise acquired an unfortunate reputation for being a weirdo Scientologist.

Lesson learnt; he’s been a lot quieter about his private life ever since.

2007: Lions For Lambs. This smug political drama isn’t great, but it IS directed by Robert Redford, and it remains the most recent example of Cruise working with a really big-name director.

Young Cruise makes a point of ticking them off: Kubrick, Steven Spielberg, Oliver Stone, Michael Mann, etc. But now he prefers to be the boss himself.

Whoever the director may be, it’s Cruise’s vision of what constitutes an efficiently entertaining film that counts. Fair enough. If it weren’t for such control freakery, he probably wouldn’t have maintained his megastar status.

But wouldn’t it be exciting if he collaborated with a challenging auteur once again?

2012: Jack Reacher. Cruise hasn’t made many iffy career choices, but deciding that he was the man to play Lee Child’s 6 ft 5 inch blonde vigilante was one of them.

2017: The Mummy. Okay, so this is another iffy choice. Let’s move swiftly on.

Still, the film was written and directed by Christopher McQuarrie, who has since made every instalment of Mission: Impossible, so at least Cruise got a trusty new creative partner out of the deal.

It should have been a disaster, but Cruise’s obsessive quality control paid off – and the fact that he hadn’t aged a day since the first film probably helped.

2022: Cannes Film Festival. During an on-stage Q&A, a French journalist asks Cruise why he does his own stunts.

Cruise’s reply: ‘No one asks Gene Kelly, why do you dance? Why do you do your own dancing?’

Yep, he’s passionate about what he does, all right.

TG:M has taken over $1billion at the box office, making it the year’s biggest cinema hit – and Cruise’s own highest grossing film.

Don’t bet against him winning that long-awaited Best Actor Oscar next year.