Tom Cruise flashes a huge smile and a friendly wave as he arrives in London by helicopter – days after filming Mission: Impossible 8 mountain jump in Lake District

Tom Cruise lived up to his action star credentials as he arrived by helicopter in London before heading out for a spot of shopping.

The star, 60, flashed a huge smile and a friendly wave as he touched down in the UK to film the eighth instalment of the Mission: Impossible series.

He arrived in the capital via chopper and sported in a chic black ensemble with a functional black backpack and his trademark aviator shades. 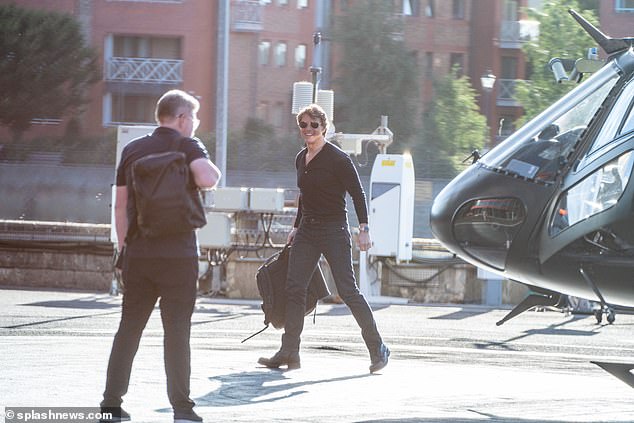 Chopper: Tom Cruise arrives in Battersea via helicopter earlier today while he is in the UK filming for Mission: Impossible 8 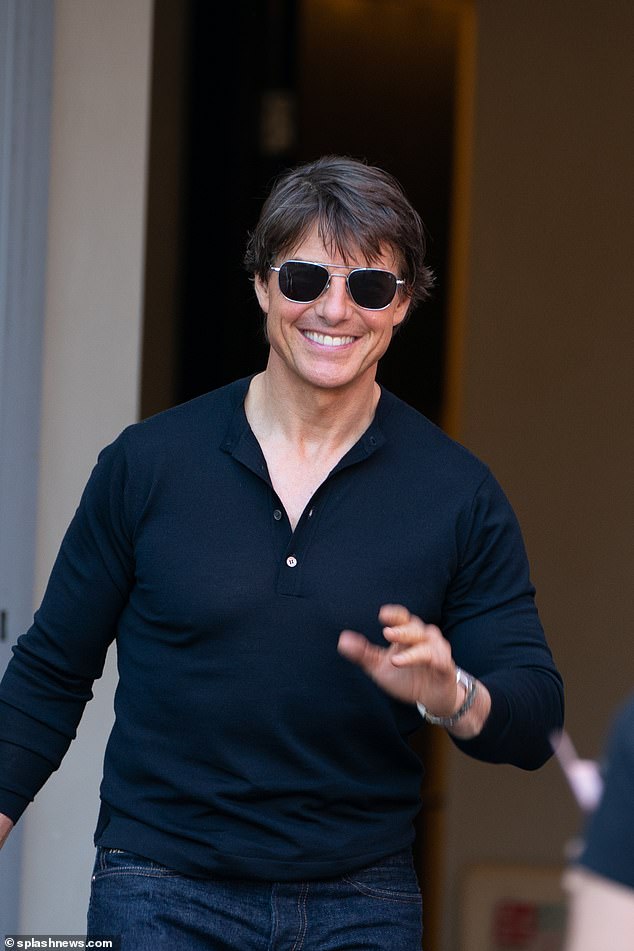 Smiles: The all-action star does not do things by halves and was in good spirits on his arrival

The ageless star appeared to be in good spirits as he stepped out in Battersea and joked with the waiting staff.

He then switched the chopper for a sports car to carry on with his journey.

The more-relaxed day for Tom comes after he surprised hikers this week when he parachuted from a mountain in the Lake District while filming Mission: Impossible 8.

He launched himself off the side of a mountain and paraglided into a field while being filmed by a cameraman. 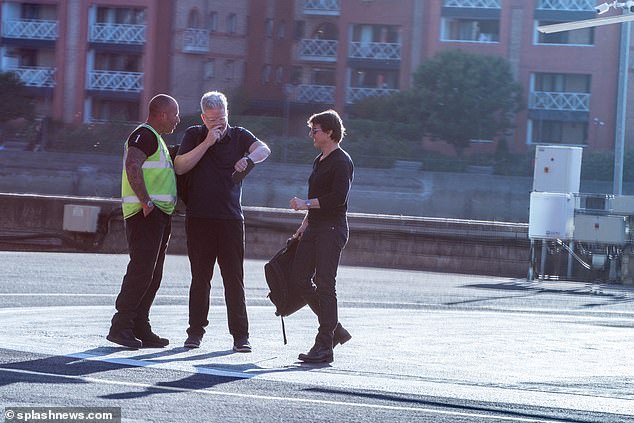 Spirited: The ageless star was in good spirits as he stepped out in Battersea and joked with the waiting staff 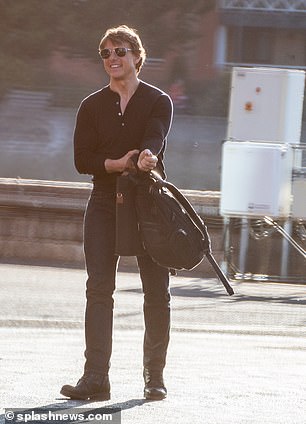 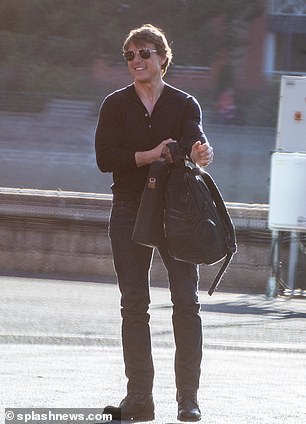 Style: He was pictured arriving in the capital in a chic black ensemble with a functional black backpack and his trademark aviator shades 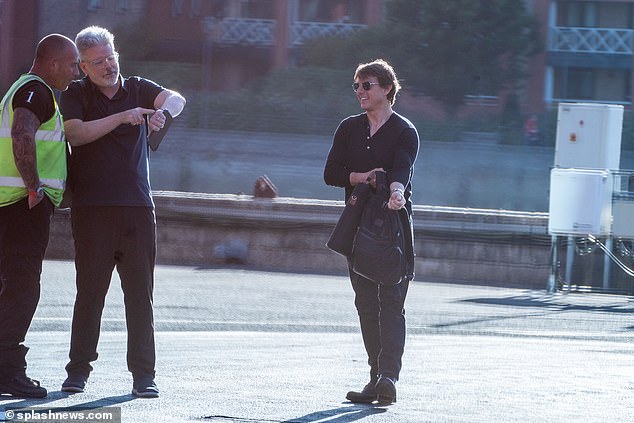 Cool: He wore dark shades and flashed a huge smile 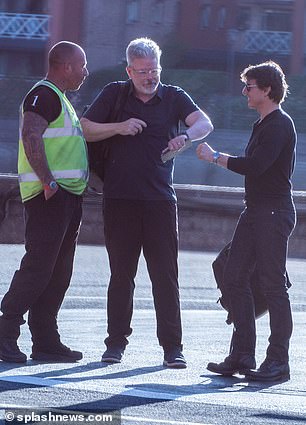 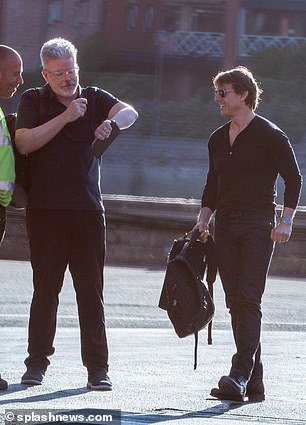 Pals: He chatted to two other men after arriving via helicopter

Tom was joined on location by his co-star Simon Pegg who was spotted watching the action while waiting next to a car.

The stunt wasn’t a one-off for Tom as he quickly headed into a helicopter to fly up and have another go.

He reportedly apologized for ruining a couple’s hike while filming a stunt for Mission: Impossible – Dead Reckoning Part One.

The couple, Jason and Sarah Haygarth, told Extra they ran into a production team for the film and the actor during a walk at a national park in the United Kingdom called Lake District. 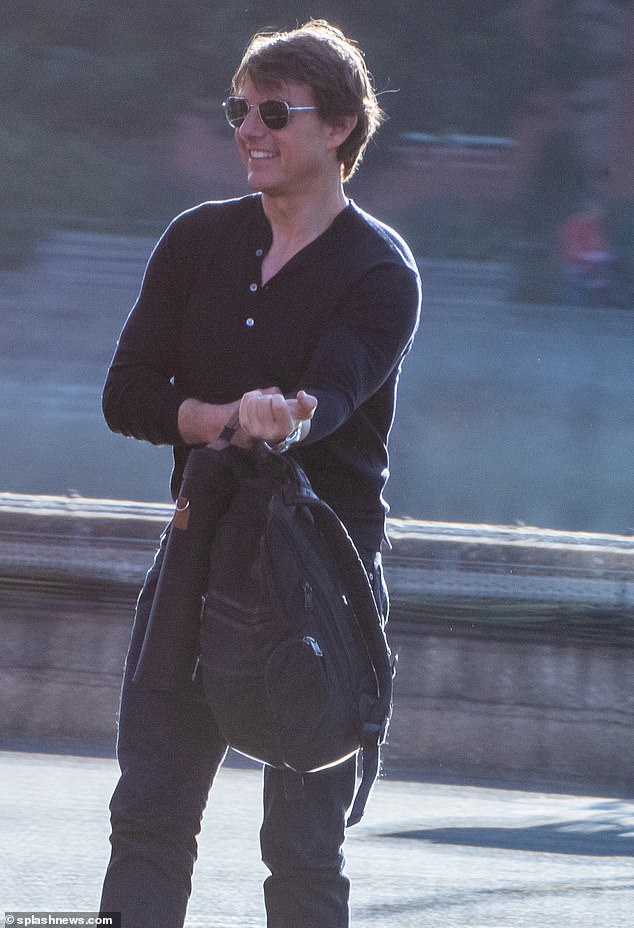 Essentials: He carried a black rucksack with him as he beamed away 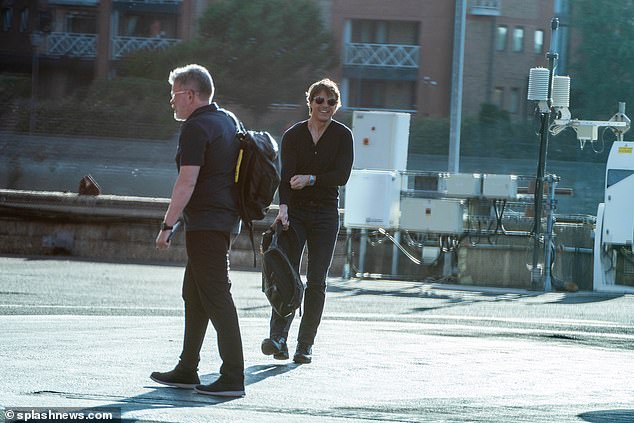 All smiles: He couldn’t wipe the grin off his face as he beamed away 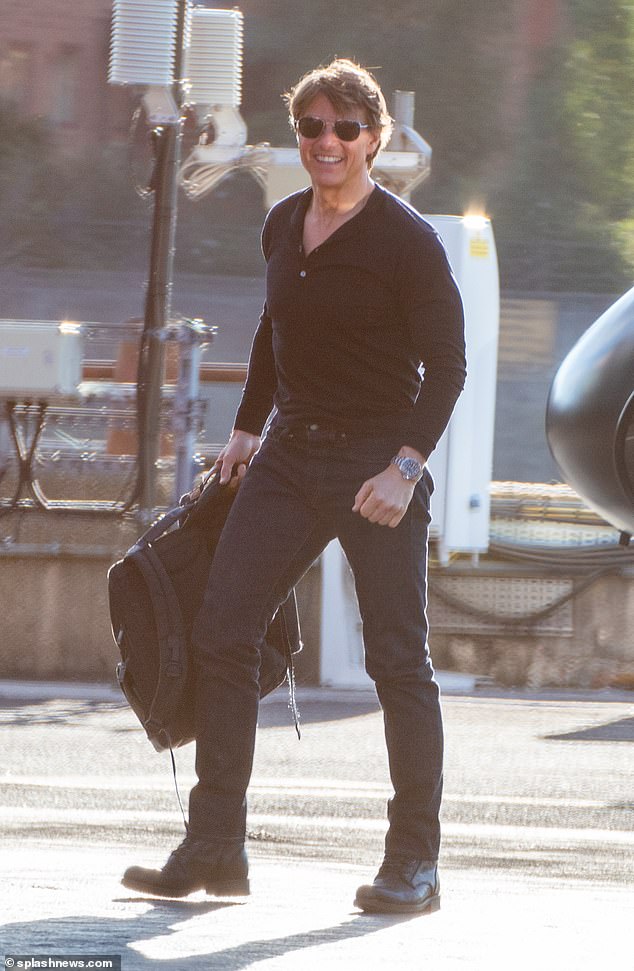 Dapper: He wore a black top and jeans teamed with chunky boots 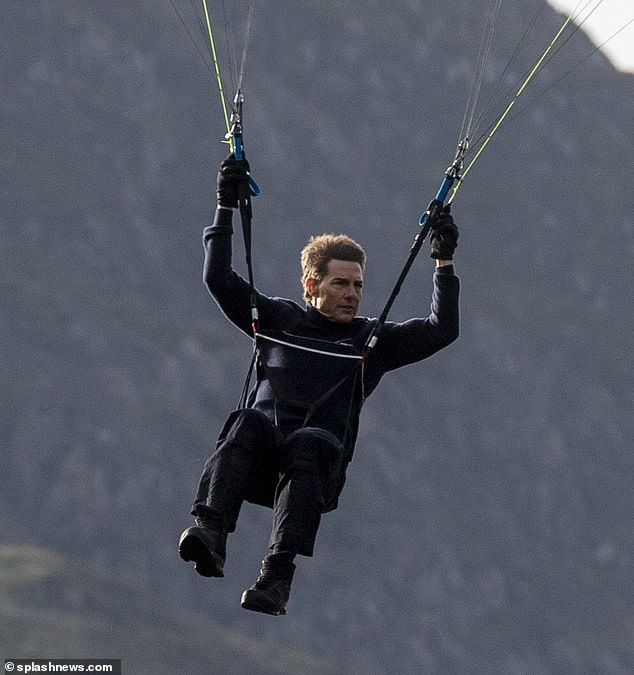 On location: Tom Cruise surprised hikers this week when he parachuted from a mountain in the Lake District while filming Mission: Impossible 8