Anne Heche, who died last month, was one of several late beloved stars honored during the In Memoriam tribute at the 2022 Emmy Awards on Monday, September 12.

John Legend took the stage to perform a new song titled “Pieces” as images of stars Hollywood lost throughout the year flashed on the big screen behind him. Along with Heche, the heartfelt segment celebrated Bob Saget, Ray Liotta, James Caan, Betty White, Sidney Poitier and more. 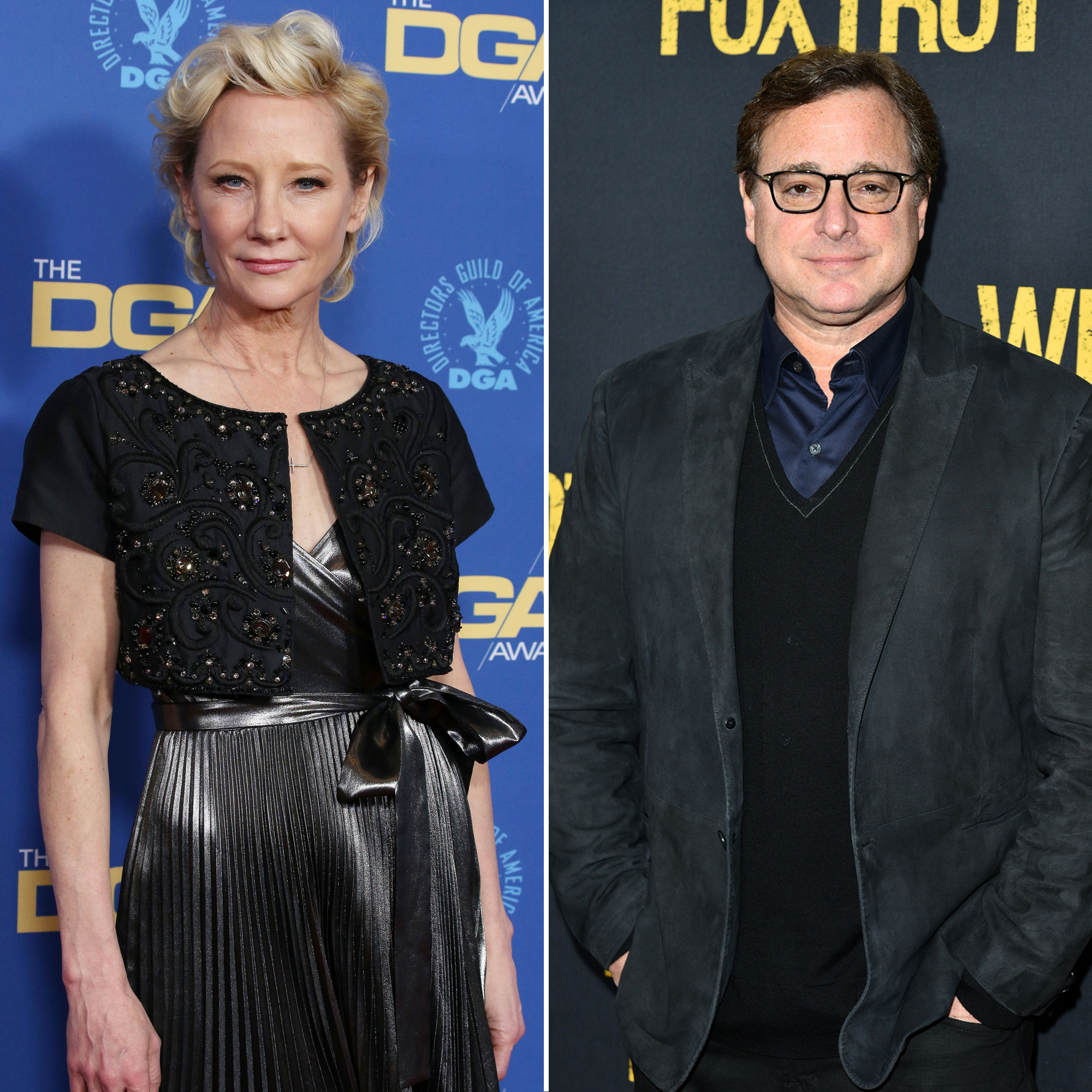 The Another World alum — who won a Daytime Emmy in 1991 for her dual role as twins Vicky Hudson and Marley Love on the long-running soap opera — died on August 12, one week after crashing her car into a Los Angeles home. Heche was 53.

On August 5, the I Know What You Did Last Summer actress, while traveling at a high rate of speed, accidentally tore her Mini Cooper into a two-story house in the L.A. neighborhood of Mar Vista, which ignited an enormous fire. Though one resident was home at the time of the accident, she was in the backyard and not injured. Heche, however, was trapped inside the burning building for 45 minutes before firefighters were able to rescue her.

Anne Heche Through the Years: From ‘Another World’ to Movie Stardom

Though Heche was initially conscious and speaking with first responders at the scene, she fell into a coma three days later. The Wag the Dog actress was declared legally dead on August 12 but was not taken off life support until two days later in order to harvest her organs.

The Six Days Seven Nights star’s official cause of death was due to inhalation of smoke and thermal injuries, according to the Los Angeles County Medical Examiner-Coroner.

“Today we lost a bright light, a kind and most joyful soul, a loving mother, and a loyal friend,” Heche’s rep said in a statement to Us Weekly at the time. “Anne will be deeply missed but she lives on through her beautiful sons, her iconic body of work, and her passionate advocacy. Her bravery for always standing in her truth, spreading her message of love and acceptance, will continue to have a lasting impact.”

Heche’s 20-year-old son, Homer, whom she shared with ex-husband Coleman “Coley” Laffoon, has filed paperwork to be in charge of his late mom’s estate, Us confirmed on September 1. The Ohio native, who died without a will, also shared 13-year-old son Atlas with ex James Tupper.

Everything to Know About Anne Heche’s Deadly Car Crash

“The Estate consists of two (2) intestate heirs — Homer Heche Laffoon and Atlas Heche Tupper. Homer Heche Laffoon is an adult and the proposed Administrator. Atlas Heche Tupper is a minor,” the legal documents state. “Filed concurrently with this petition is a Petition for Appointment of Guardian ad Litem for the minor, which specifically requests that the guardian ad litem be granted the authority to waive bond on behalf of the minor.”

Heche’s memory will be honored in one of her final films, which will be released posthumously. Director Eric Parkinson, who worked with the late star on Wildfire: Legend of the Cherokee Ghost, is dedicating the movie in her name, he told TMZ in August. The inspirational film is set to be released on Friday, September 16.