Being 7ft tall changed my life: I was self-conscious growing up on a council estate in Middlesbrough but my height saw me scouted for a US basketball team

A British basketball star who’s played in Seattle, Miami and Germany has revealed how his extraordinary height has proved his passport to success in life.

Theo Turner, 28, grew up on a council estate in Middlesbrough, and was always taller than his classmates at school. By the age of 11, he was already 6ft and donning size 11 shoes.

Self-conscious of his height, he says he would walk around like a ‘hunchback’ in a bid to make himself look smaller – but he kept on growing, and by the age of 16 he was 6ft 8ins. 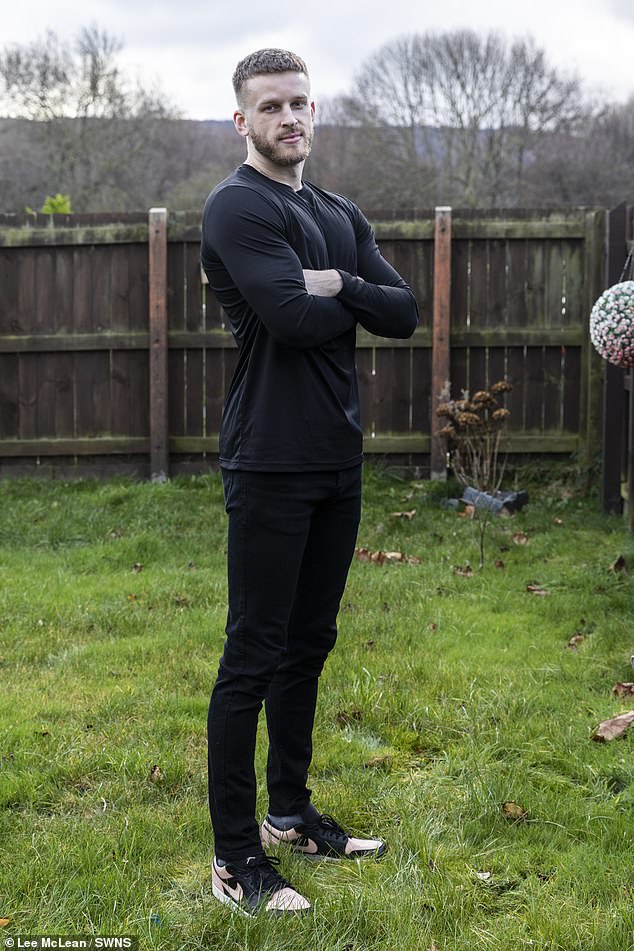 Tall tale! Theo Turner, 28, from Middlesbrough was 6ft and donning size 11 shoes when he was just 11-years-old…now 7ft, his soaring height has proved his ticket to opportunity

Sporty Theo started playing basketball when he was 16 and was quickly scouted by an American team, who suspected he could be an asset in the competitive US leagues.

He received a scholarship aged 18 to play in the highest college division – division one of the NCAA for Seattle University.

After returning back to his roots in 2021, he’s now trying to inspire other tall people to ’embrace their height’ and chase their goals after taking on a coaching role at the Teesside Lions in North Yorkshire. 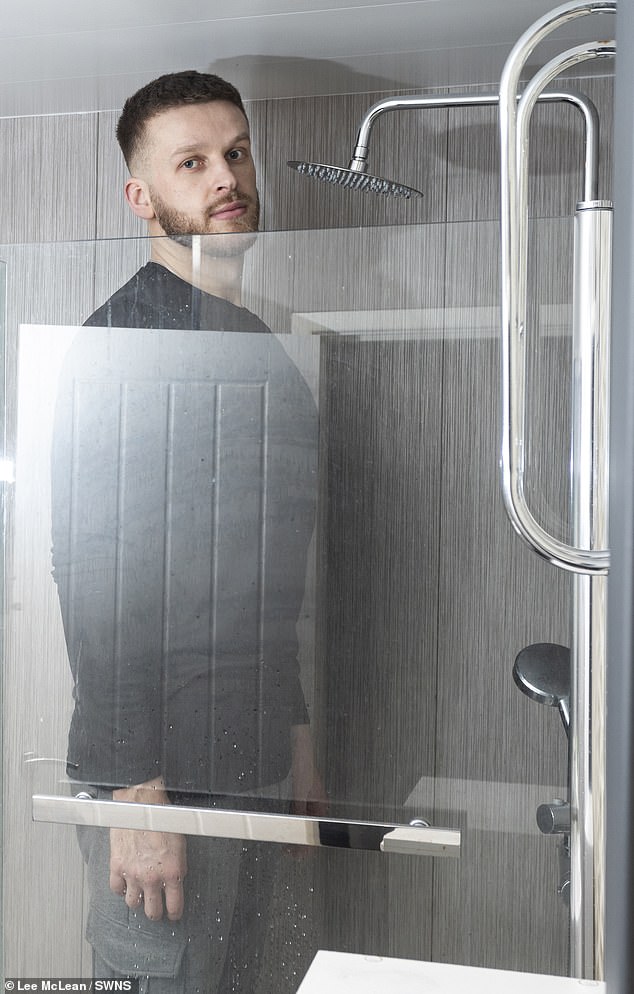 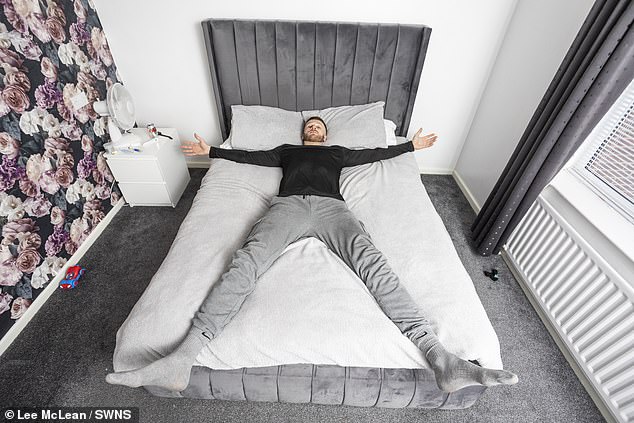 Theo explains: ‘Ever since I was a baby, I’ve been massive. My mum is 5ft 10ins and my dad is 6ft 5ins. ‘I’m from the North and stood out because of it. I used to be self-conscious and walk around like a hunchback.

‘Before starting basketball, boxing was my main sport, but I tried out basketball when I was 16 at college.

‘I was then scouted by a coach who said, ‘you need to come to our club’ – and it just grew from there.’

When he was 18, Theo says his life changed forever after he moved over to Seattle, in Washington State to play in the college basketball league on a full scholarship.

He said: ‘When it came down to it, I was very nervous – it was daunting.

‘I had the best time in my life. I come from a council estate in Middlesbrough and moved to Seattle, it was a surreal experience. 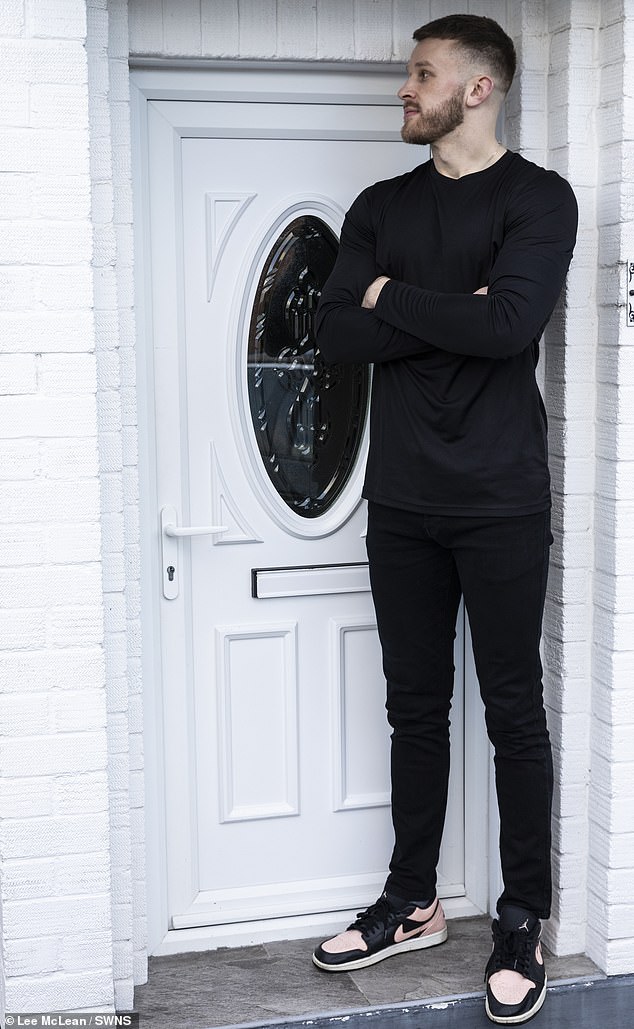 Advantage: His height on the court means he can ‘stay underneath the basket because people know I can just drop it in’ 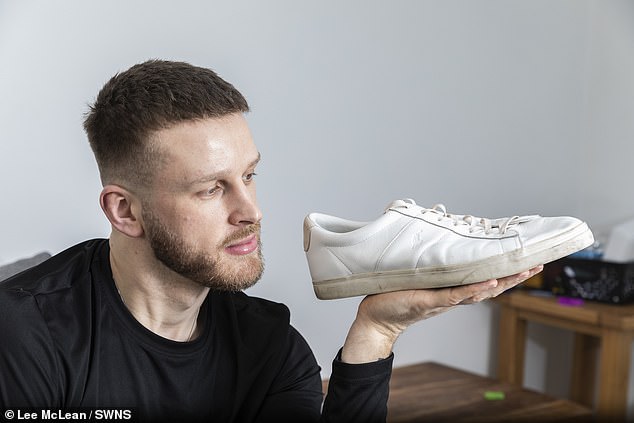 With the size 16 shoes he now wears: his mother is 5ft 10 and his father 6ft 5…so Theo was always going to be tall, he says 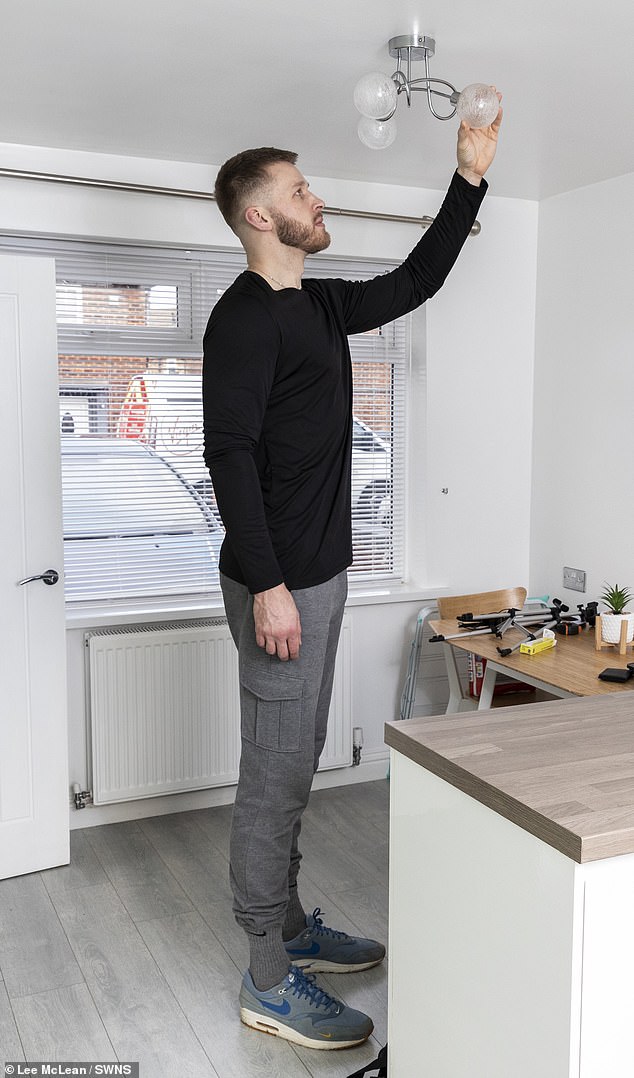 Brushing the ceiling! The basketball player, who’s now back in Middlesbrough, says people ask him what it’s like ‘up there’

‘It was mad with my accent at first, they couldn’t understand me – I had to slow things down and speak clearly.’

After two years in Seattle and graduating in 2018, he transferred to play for Barry University in Miami, Florida.

On the basketball court, Theo plays as a centre, he said: ‘I do all the dirty work. I rebound, run up and down and stay underneath the basket because people know I can just drop it in.’

Off the basketball court, people are intrigued by his tall stature, and he has started to document what his life is like ‘up there’. 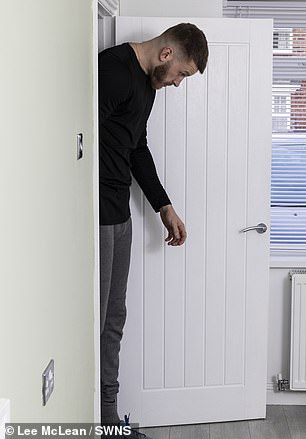 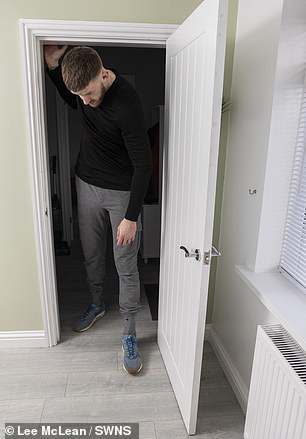 Mind your head: Even standard height doors require Theo to dip his head to avoid banging it

He adds: ‘People always ask ‘how tall are you?’, ‘do you play basketball?’, ‘what’s the weather like up there?’

The struggles of being so tall include his feet hanging at the end of the bed and not fitting into his car very well.

However, soaring above everyone else means he can grab items from the supermarket top shelves with ease. 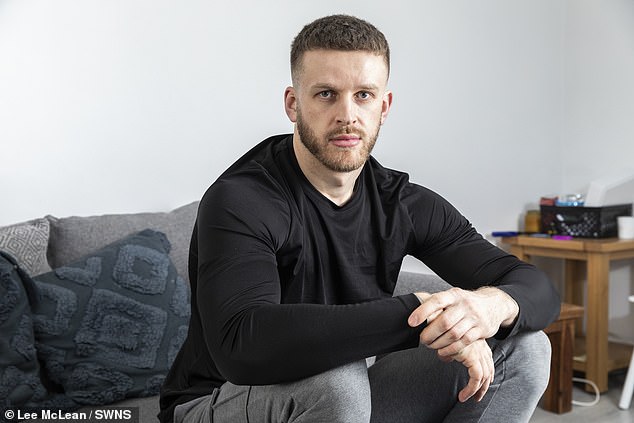 On the downside, he struggles to fit in an ordinary car, having to concertina his legs into a vehicle

After leaving Miami in 2020, he played for the German basketball league and returned home in 2021.

He said: ‘I now play for the Teesside Lions, and I get the chance to coach, which I absolutely love. I don’t know where I would be without basketball. I want to help other people who are young and tall be proud of it, embrace it and own it.’

The most and least tax-friendly cities for retirees
Celebrities Posts