Bi “Visibility” Is Good, but Bi Community Is Better 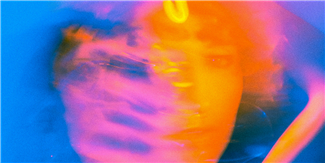 After waking up naked and hungover in the beds of countless men in college, I began to wonder if maybe I…wasn’t straight. (Reasonable!) I knew I loved women—dating them, having sex with them, connecting with them emotionally—so being gay didn’t seem right. So 12 years ago, while sitting in my sophomore dorm, I turned to the holder of all knowledge: Google. I searched for “bisexual man,” which didn’t reveal much beyond studies about gay/bisexual men and HIV, and an off-hand listicle arguing that male bisexuality was, in fact, real. (No kidding.) There wasn’t much else.

If you Google “bisexual man” today, you’ll find hundreds of articles pertaining to bisexuality. In fact, if you expand your search to just “bisexuality,” you’ll find thousands more. These articles aren’t just attempting to justify our existence; they discuss the nuances of bi identity—how to date as a bi person, how to come out as bi, how to know if you’re bi, and where to find a bi community.

There are also countless celebrities now proudly claiming bi or pansexual labels—Stephanie Beatriz, Willow Smith, Janelle Monae, and Aubrey Plaza, to name a few. For the love of God, Susan Sarandon just came out as bi. (Would I like to see more male celebrities coming out as bi? Yes, so I’m going to have to get famous myself.)

Media representation has also gotten stronger and more serious. We’re no longer depicted as morally dubious weirdos or the punch-lines of jokes. Instead, we’re given complex bi characters in shows like Big Mouth, the new Gossip Girl, The Sandman, Sense8, Harley Quinn, and so many more. There was even a show called The Bisexual on Hulu in 2018.

In some arenas, we are in the heyday of bisexual visibility, and I, for one, am living. For the first time ever, women aren’t refusing to date me because I’m bisexual—they want to date me because I’m bisexual! But to be honest, I’m still not satisfied (even though I now get laid significantly more often—bless). <<MADE THIS CHANGE TO AVOID THE “we have more work to do” rep

[[THESE QUOTES DIRECTLY CONTRAST/UNDERMINE WHAT ZACH SAYS IN THE PREVIOUS GRAF, SO I REARRANGED THE QUOTE SO IT READS MORE NUANCED IMO. WDYT?

“Sadly, many people still believe that bisexuality doesn’t exist or that bisexuality is a character flaw—a wishy-washy failure to commit to one gender—rather than a commitment to embrace our whole selves,” says Robyn Ochs, activist for bisexual visibility and editor of Bi Women Quarterly. “While we have made great strides, we are not yet visible enough. We still have very basic educational work to do.”

Of course, Ochs is right. We haven’t solved biphobia, and bi people still have the worst mental health outcomes of any sexuality by nearly every single metric, including higher rates of depression, anxiety, and suicidal thoughts than both gay and straight folks, according to Current Sexual Health Reports. This is largely due to the double discrimination bi people face by not feeling welcomed or like part of either straight or gay communities, causing us to feel alone and isolated.

That aside, it’s important to recognize that we are in (forgive me) unprecedented territory—where we can promote bi visibility while simultaneously moving beyond it, and where we can work to more directly address some of the issues plaguing our community. Visibility isn’t a cure-all. It’s just the first step in any movement, and yes, bi people are having a goddamn movement!

Visibility essentially says: Look, we’re real! You need to treat us with some damn respect. It also helps people realize they’re not alone, that they have a community. Given the aforementioned higher rates of mental health issues for bi people, community is essential. But seeing yourself on screen or reading about someone else’s experience doesn’t automatically transport you to a room full of bi people trying to make friends and find romantic partners. There is a large gap between bisexual visibility and bisexual community. Since I don’t think scientists are on the brink of discovering the key to human teleportation, we’re going to have to create and attend bi spaces ourselves in order to feel less alone. We, the bi people of the world, are going to have build bi communities.

“After visibility comes bi life,” Ian Lawrence-Tourinho, executive director of the American Institute of Bisexuality, says. “We’re not so easy to erase anymore, as much as some will try, there are just too many of us out in the open.”

Right now, bi communities are predominantly online. We have bisexual Reddit, bi Twitter, and my favorite, bisexual TikTok (or BiTok). Using hashtags, we can find and connect with other bi folks around the world, which is wonderful and how I’ve met many of my own bi friends. But it’s time for bi people to move away from the internet (and digital spaces) and actually exist in the real world. We need physical bi spaces.

We need bisexual bars! I want a queer place where I can bring my queer girlfriend and feel comfortable making out with her without gay men judging me for erroneously believing we’re a straight couple co-opting their space. (For what it’s worth, I get why gay men are protective of their spaces, but like, shit, where am I supposed to go? A straight bar? I’d rather die.)

We need bisexual sex clubs! At every queer sex party I’ve been to, I’ve only ever seen women hooking up with women, and men…also hooking up with women. Which, fine! But men should feel empowered to hook up with all genders—in raunchy positions, no less! I want a safe place where my boyfriend, girlfriend, theyfriend, and I can all go to town on each other. As it is now, it feels like sex clubs either cater to gay men exclusively or to a very straight clientele (e.g., men aren’t allowed down in the play section unless accompanied by a woman)—they are fundamentally not inclusive of bisexual folks.

Of course, we also need sober, non-sexual places for bi people. Hello, bisexual rock climbing meet-ups! Bisexual people are obsessed with rock climbing. Why? Unclear. Personally, I’m a grown-ass man who has better things to do than climb rocks, but I’m in the minority of bi folks. I’ve accepted that. So let’s give the bi people what they want!

Maybe you’re not a rock climbing bisexual, but instead, you’re a Dungeons and Dragons bisexual. (Don’t you dare make a “Why not both?” joke!) Why not D&D meet-ups where bi folks can bring everyone in their polycule and nerd the fuck out?

“LGBTQIA+ spaces are often dominated by gay people, in particular gay men,” Vaneet Mehta, author of the forthcoming book Bisexual Men Exist, says. “And while you’d hope that they would be more accepting of bisexuality, they often do not understand or support others in the [bi] community.”

So let’s make our own damn spaces. Any bi person can work to create a safe bi space, even those who work traditional nine-to-five jobs. I know this, as I actually threw a massive sex party (over 170 attendees) in Brooklyn, New York called BISLUT. Since I hadn’t been to a sex club that felt genuinely bisexual for all genders, I threw a party for bi men and their admirers. At the risk of tooting my own horn, everyone has been and continues to be absolutely obsessed with it—not just because of the sex, though the sex was awesome, but because bi people were in a safe space surrounded by other bi folks where they could express their sexuality fully and be their most authentic selves.

“Like people of any sexuality, most bis want to have fun, meet each other, and have friends who ‘get’ them,” says Lawrence-Tourinho. “And let’s be honest, we want to have exciting, fulfilling sex and love lives.”

A loving, supportive, and fun bisexual community is what comes after bi visibility. Not only can this type of community improve mental health outcomes, but it can also encourage more bi folks to come out and embrace who they are. Countless studies have indicated how much better life can get once you embrace your sexuality, but there’s a caveat: Queer folks need to have friends, community, and support in coming out. If you lose your friends, your family and your home as a result, your mental health only deteriorates. Safe, physical spaces to foster community can be game-changers in helping bi people come out safely.

These spaces may even help decrease rates of homelessness in the bisexual community. For bi youth who get displaced or kicked out after coming out, safe spaces are essential for finding support.

Am I dreaming big here? Maybe. But why the hell not? By giving people the opportunity to be themselves, we might unknowingly raise the next President of the United States, or the next Lady Gaga, or the next bisexual icon.

Sign me up. My fellow bis: Let’s get to work.