DR MAX PEMBERTON: William and Harry should go to therapy together

DR MAX PEMBERTON: William and Harry should go to therapy together

The whole country held its breath recently when Princes William and Harry went on a joint walkabout with their wives to view the floral tributes at Windsor Castle.

It had been rumoured that they were no longer speaking, and they hadn’t been pictured together since the Duke of Edinburgh’s funeral last April. Surely this is what the Queen would have wanted — to bring the warring brothers together in their time of grief?

The Princes have been putting on a united front at the events surrounding their grandmother’s lying-in-state and will be together again at her funeral today.

But what we all want to know is: will the truce last? 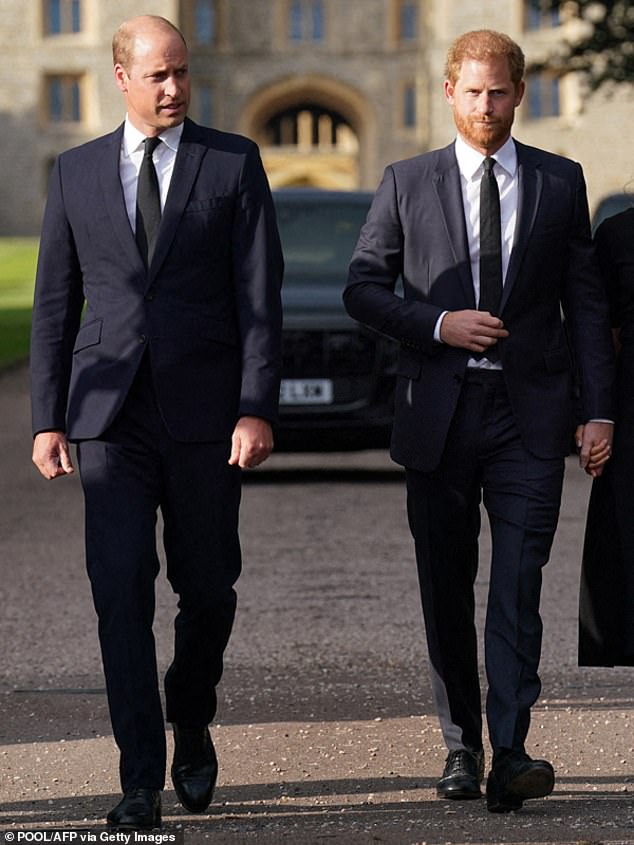 Fallouts with relatives are always complicated. I have sat in many family therapy sessions over the years and these kinds of rifts always have incredibly deep-seated, complex roots.

Even in cases where one person seems to be clearly in the wrong, the purpose of any group therapy is to try to help everyone understand what has happened and reach a resolution.

While a schism can be triggered by a specific event, it is usually the culmination of age-old wounds that have not healed.

Family members can be baffled about what’s really going on until they start therapy together.

Harry has behaved unreasonably — on the face of it at least. He wants to escape the duties of royal life but still have its privileges.

And Meghan has made some incredibly hurtful and damaging claims in public, which must have been exceptionally painful for the royals. 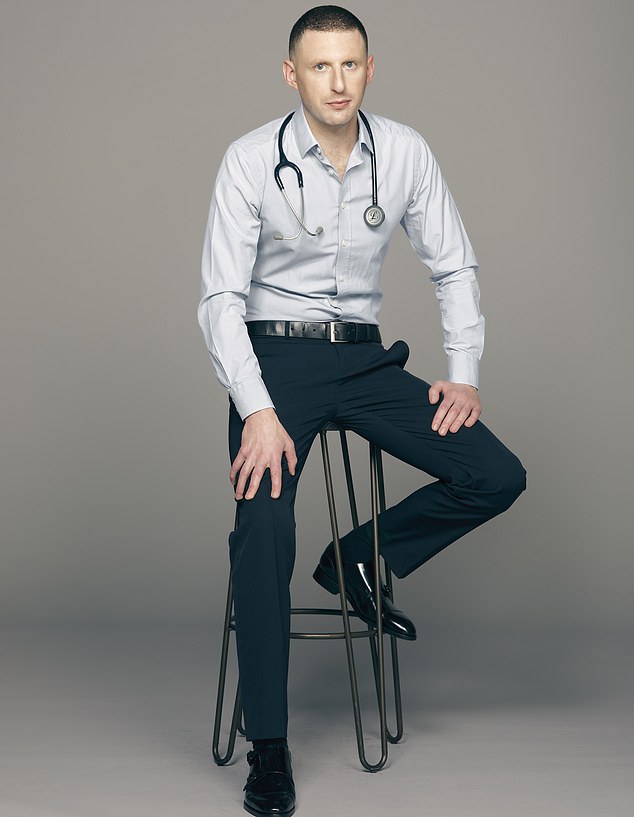 Dr Max Pemberton (pictured) explains that family rifts have deep-seated, complex roots. He argues that Prince William and his brother should attend therapy together

On paper, they would appear to be a couple with whom it would be hard to reconcile.

But I have no doubt that this feud runs deeper than just recent events. We cannot know what really lies behind the falling-out — the deep wounds on both sides that caused the split.

The display of unity we have seen over the past week or so — while an enormous gesture — is only the beginning. A lasting reconciliation will, I suspect, require the brothers to meet privately in order to try to understand each other’s pain.

I would urge them to do so with a family therapist so they can properly understand what happened to their once heartwarming bond.

At a later date, their wives and father might be invited to attend, too. This is the only way key issues can be addressed.

Harry has spoken about having therapy himself, which is to be commended, but there is sometimes a risk that too much introspection can lead to self-pity, with the patient becoming stuck.

To be able to move on, it is helpful to sit down and try to understand what is going on between the individuals, rather than simply focusing on one person’s feelings. This involves getting both parties in the same room.

I’ve often had patients astonished by what their relatives tell them. They’d had no idea that certain things that happened many years ago were being played out again and again within the family.

But family therapy isn’t about attributing blame. It’s about trying to help the different parties understand how a situation has developed; it’s a study in profound interpersonal understanding and empathy.

A therapist may focus on analysing a previous grievance, or review a past incident and suggest alternative ways family members might have responded to one another at the time.

They might also address the sources of conflict at a more abstract level, such as pointing out patterns of interaction the family might not have noticed. Family therapists tend to be more interested in the maintenance or solving of problems, rather than trying to identify a single cause. They are focused on finding a way forward, rather than simply looking back.

The reality of reconciliation is that, whatever the circumstances may be, there are only a certain number of ways it can end.

The ideal solution is that everyone listens to each other, understands the roots of each other’s pain, is able to put pride aside and apologise even if what they did was unwitting or unintentional.

They come to an understanding of how a situation has developed and how it can be prevented in future. They do this in the spirit of moving forward with the understanding that they will think about the patterns that have emerged and actively engage in addressing them in a constructive way.

Sometimes they have to agree that the past is in the past and to put it behind them. The relationship will never be as cordial as it once was as the wounds are still there.

But occasionally it is clear that at least one party is not ready to address their behaviour. I have had therapy sessions where family members have simply refused to attend, and an empty chair is placed where they would sit.

In this instance, it is accepted that the relationship is unlikely to be salvaged. Instead, individuals work on their own to try to understand what has happened and, hopefully, no longer feel aggrieved. They accept that they cannot change the person, and then they move on.

More often than not, while some of the individuals dreaded the prospect of family therapy, once they attend, they are astonished at how helpful it is.

In 20 years I can count on one hand the number of people who have told me it didn’t help. The most frequent feedback is that they wish they’d done it sooner. 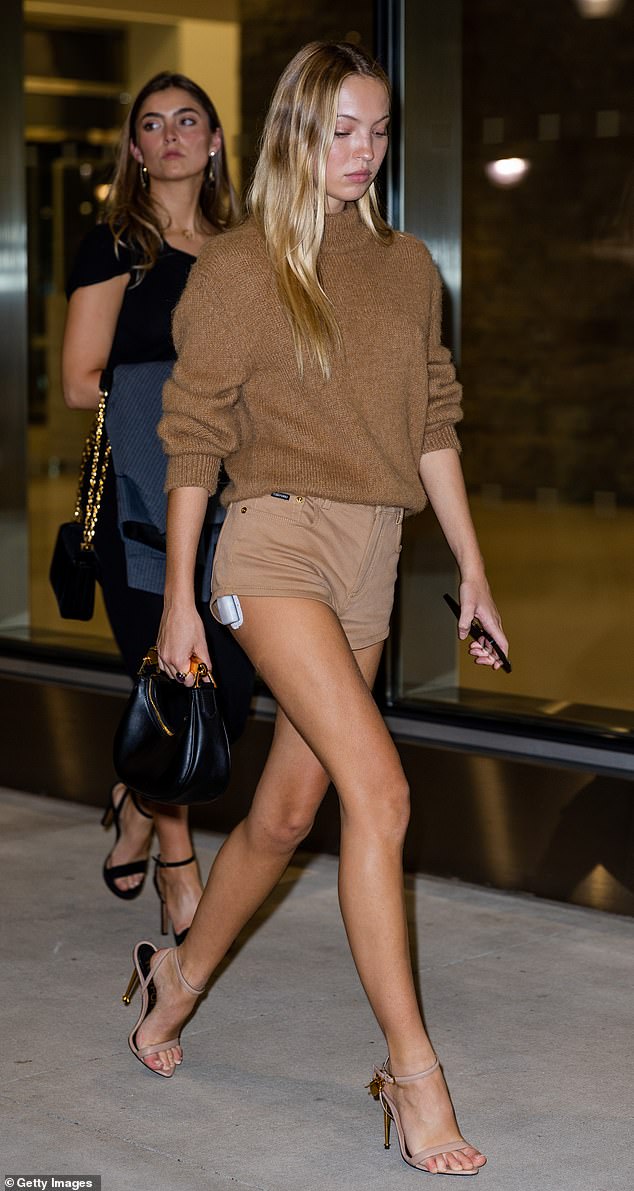 Good for her. No matter that she’s a successful model and the daughter of Kate Moss, it takes courage for a 19-year-old to do that.

I’ve had a number of young patients with Type I diabetes over the years and, while insulin pumps have revolutionised the way the condition is treated, people are often self-conscious about them.

I remember one young woman who’d never been to the beach because she was so worried that people would see her insulin pump.

She felt it marked her out as ‘different’ from her friends when all she wanted to be was the same as them. It sometimes takes a celebrity in the public eye to show that there’s no reason to be ashamed.

While I understand the Queen’s funeral today should be marked with a public holiday, I feel sympathy for those who had been waiting to see doctors or had an op cancelled. I had my clinic axed but insisted all patients be put in next week. This means working late while we play catch-up, but I think Her Majesty would approve. 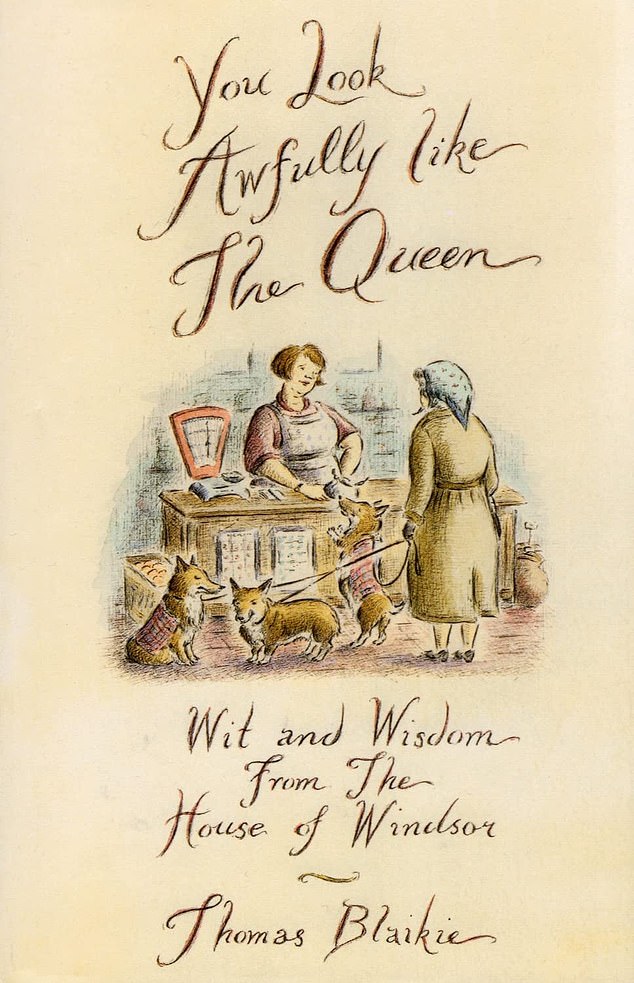 This book was published some time ago but I picked it off my shelf after the sad news of the Queen’s death and it did raise my spirits. You Look Awfully Like The Queen is packed full of wit and anecdotes from Her Majesty and the Royal Family. It reminds us how, despite all the pomp and ceremony that came with her title, she was only human and had a rather wicked sense of humour at times.