Happy in her own skin! Marie Osmond has been candid about her weight loss journey through the years — and has already reached her initial goal.

Celebrities’ Weight Loss and Transformations: Before and After Pictures

“I’ve stayed at my goal forever,” Osmond, 63, exclusively told Us Weekly on Tuesday, January 10, while promoting her partnership with Nutrisystem’s Complete 55 plan for individuals over the age of 55. “I have fluctuated five pounds here and there, but what I found is that when I hit [age] 55, it was a little tougher.”

The Utah native, a longtime spokesperson for the diet company, revealed that Nutrisystem’s plan for menopausal women has helped her manage the “real issue” that “real women” face as they get older.

“Immediately, boom, the weight came off,” Osmond told Us on Tuesday of losing weight once she started the plan. “It’s the hormones, it’s the foods, it’s the proteins you use and you just feel good. That’s the most important thing, and they teach you how to do it, so they don’t leave you abandoned.”

The “Paper Roses” singer has long struggled with her body, even trying “every diet the planet.”

“You know, when you grow up in the ‘70s, everything was being a ‘lollipop head’ and I had so many head trips,” Osmond recalled. “It was the, it was the era of Twiggy [model Lesley Lawson] and emaciation for women. It was very abusive, but what it did [was] started really bad habits for me. And so, food was always an enemy.” 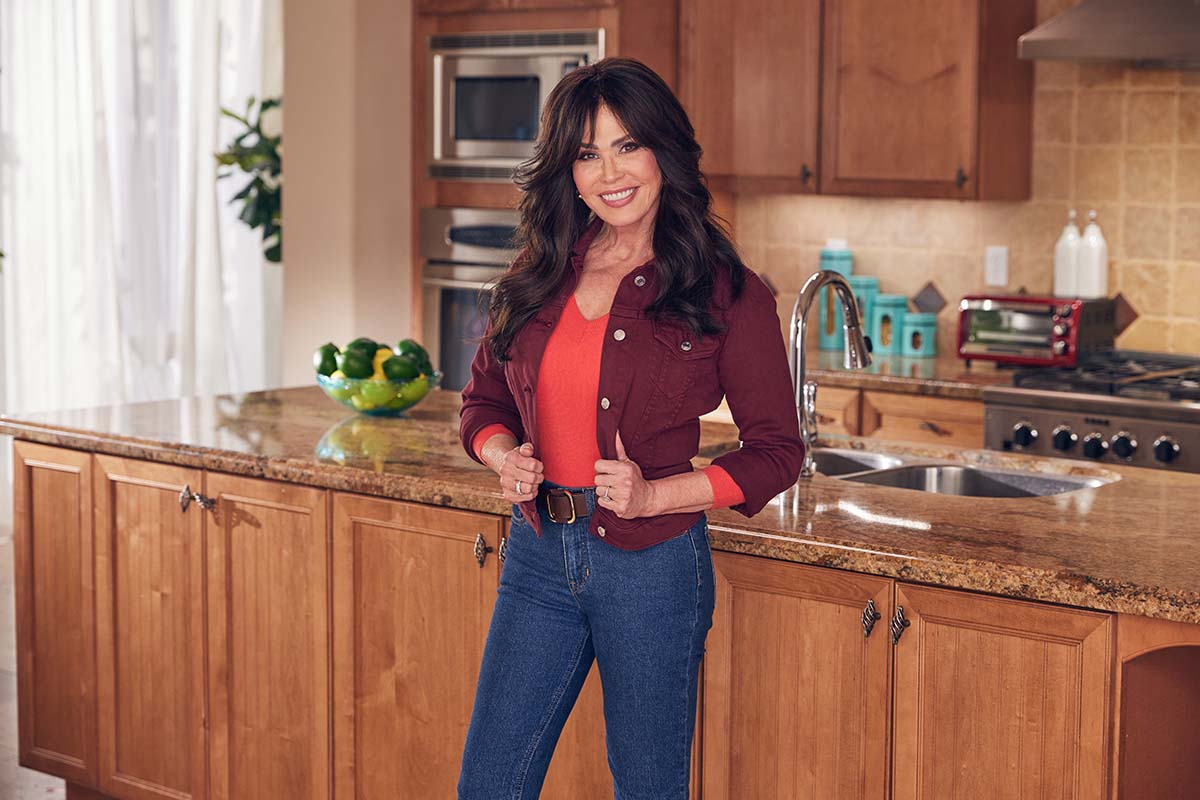 Ultimately, the Donny & Marie alum turned to Nutrisystem in 2007, shortly before she competed on Dancing With the Stars. “I had tried every [diet], you name a name. I’ve done it. [This] was literally the last shot,” she explained. “And not only did it teach me that portion size, it revved up my metabolism. I was never hungry and the weight poured off me.”

Celebs Who Lost Weight on ‘DWTS’: Before and After Pics

Osmond added: “That’s really what started [me thinking], ‘Oh my gosh, I could walk upstairs.’ I didn’t have that terrible, awful feeling that I was exhausted all the time. I mean, carrying around 50 pounds of sugar [is] a lot. Every 10 pounds is basically a dress size.”

Now that the musician has found success using Nutrisystem’s weight loss plan, she hopes other women above the age of 55 can find similar results.

“Once you hit, I call it the terrible ‘M word,’ and I’m not saying Marie, no. It’s menopause. It’s hormones. It’s this terrible thing that you go through and you’ll find it when you get in that 50 [range],” the Maybe This Time alum said on Tuesday. “It’s like, ‘Who am I? What is this?’ [I like] working with Nutrisystem ‘cause I love aligning myself with things that work. … I went to them and I said, ‘These are the struggles when you get into this.’ And they’re so brilliant. They put together this Complete 55 [plan] and I told them the things that I felt good about this. It’s brilliant. It is like the coolest thing — and it works!”

With reporting by Mandie DeCamp