Rick and Morty co-creator Justin Roiland, who voices the cartoon show’s two titular characters, has been dumped from the hit animated comedy by its network after domestic violence charges against him were revealed.

A post on Rick and Morty’s official social media account on Wednesday (AEDT) said Adult Swim, the network that airs the show, had ended its association with Roiland, but the show would continue. “The talent and dedicated crew are hard at work on season seven,” the post said. 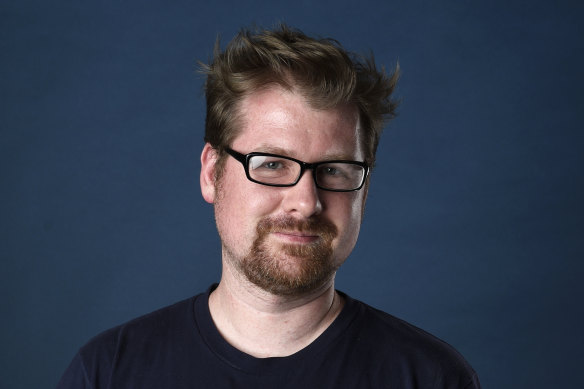 Rick and Morty co-creator Justin Roiland has been kicked off the show after he was charged with domestic violence.Credit:Chris Pizzello/Invision/AP, File

Prosecutors in Orange County, California, have charged Roiland, 42, with corporal injury and false imprisonment by menace, fraud, violence or deceit against a woman, according to a criminal complaint obtained by Associated Press. The woman – who Roiland was reportedly living with and dating at the time – was not identified in court documents. Roiland has pleaded not guilty.

The incident occurred in January 2020 and Roiland was charged in May of that year, but the charges apparently went unnoticed by media outlets until NBC News reported them on January 12, when a pre-trial hearing was held.

Rick and Morty will recast Roiland’s voice roles, according to The Hollywood Reporter.

After Adult Swim said it was cutting ties with Roiland, video game developer Squanch Games also announced that Roiland, who co-founded the company, had resigned.

Roiland’s attorney T. Edward Welbourn said in a reported statement about the domestic violence charges earlier this month: “It is hard to overstate how inaccurate the recent media coverage of this situation has been.”

“Not only is Justin innocent, but we also have every expectation that this matter is on course to be dismissed once the district attorney’s office has completed its methodical review of the evidence.”

Rick and Morty, which Roiland created with Community’s Dan Harmon, streams on Netflix in Australia and has developed a popular cult following thanks to its absurdist humour. It follows mad scientist Rick and his timid grandson Morty’s sci-fi adventures.

Roiland is also an executive producer on Australian-American animated sitcom Koala Man and co-created the sitcom Solar Opposites, both of which stream on Disney+.

Roiland is set to return to court on the domestic violence charges in April. A trial date has not been set.