‘The fights were epic’: Olivia, Sophia and Aurora Culpo on new reality show

The Culpo sisters are photogenic, with shiny hair and perfectly sculpted brows, and cute designer clothes. They have more than 5.5 million Instagram followers between them. Two of the three date NFL players.

They also — to paraphrase the most famous of the bunch, former Miss Universe Olivia — have no boundaries, no filter, and no personal space.

Naturally, they now have a reality show.

“The Culpo Sisters” debuts Nov. 7 on TLC/Discovery+, and it follows siblings Aurora, Olivia, and Sophia as they live, laugh, love, and post-spon-con in sunny Los Angeles. And just as Olivia promised, they really don’t hide anything from the camera. 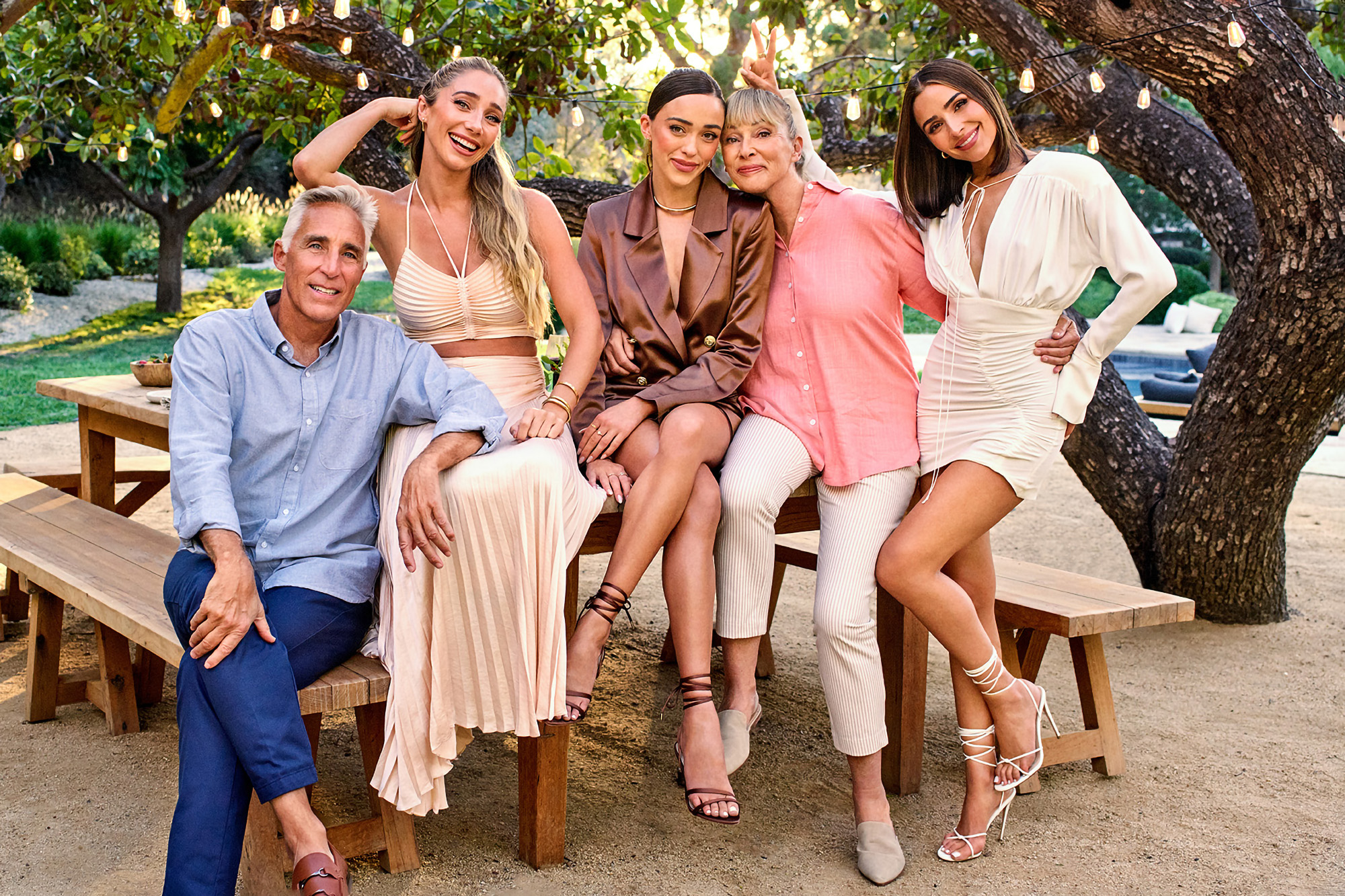 In one episode, Aurora, a 33-year-old mommy blogger and the sole blonde in the group, starts talking about the previous night’s sex with her husband during a “Euphoria”-themed party. (She filed for divorce from “Survivor” contestant Michael Bortone in April.) Fashion influencer Olivia tortures her family with her cello-playing for their parents’ 35th anniversary.

“I like watching [Mom’s] face when you play and she’s like — it’s kind of painful but she wants to be sweet and grateful but she would rather you stop,” Sophia recalled with glee. 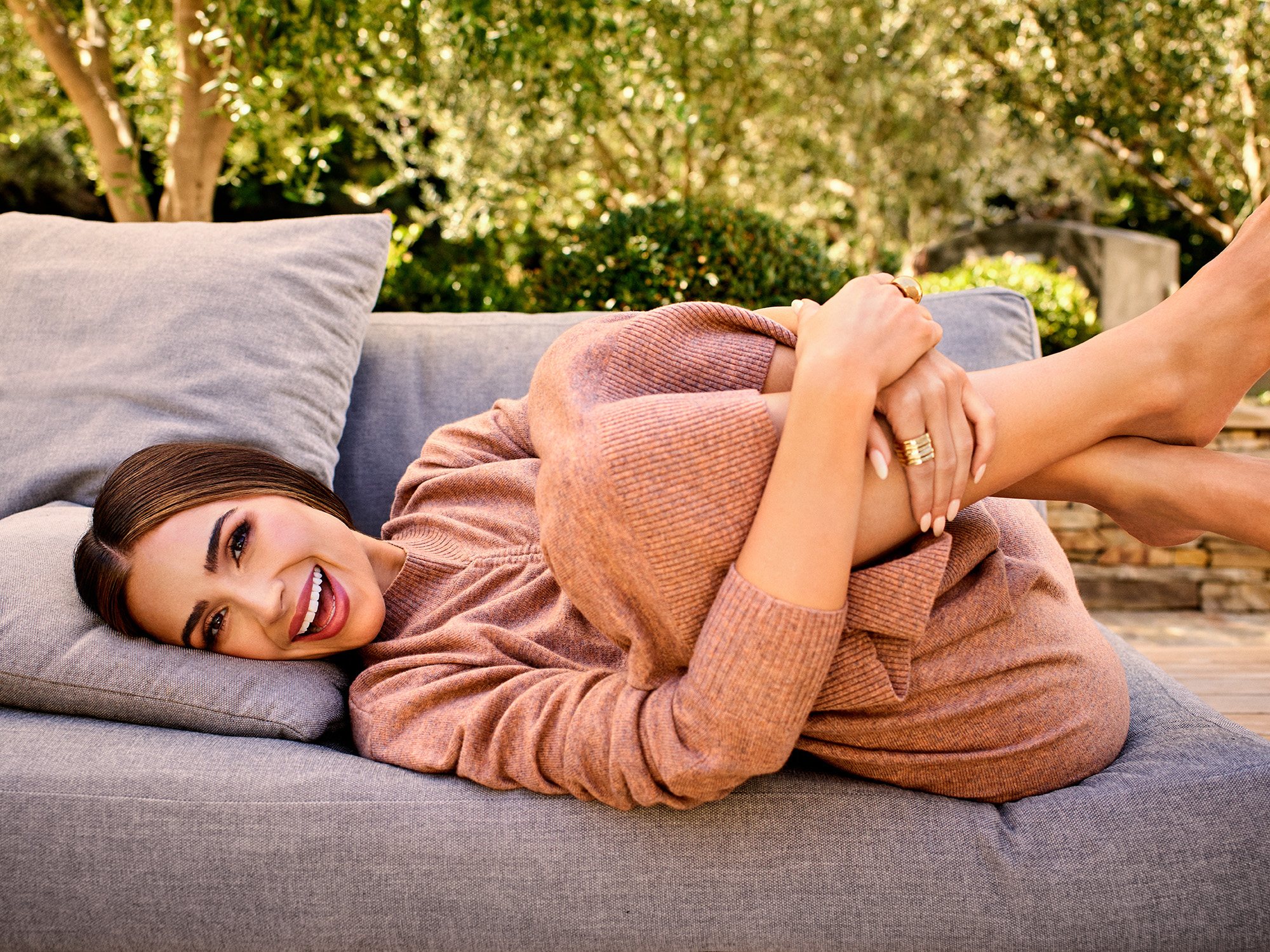 As for the 26-year-old “baby” Sophia, she helps herself to her sibling’s brand-new designer stilettos without asking for permission.

It’s not the only time in the series when Sophia filches her sisters’ belongings — prompting Olivia to get a padlock for her closet door.

Sophia remained unapologetic when the Culpo crew spoke with The Post. “What are sisters for if not for their closets?” she said, smiling. 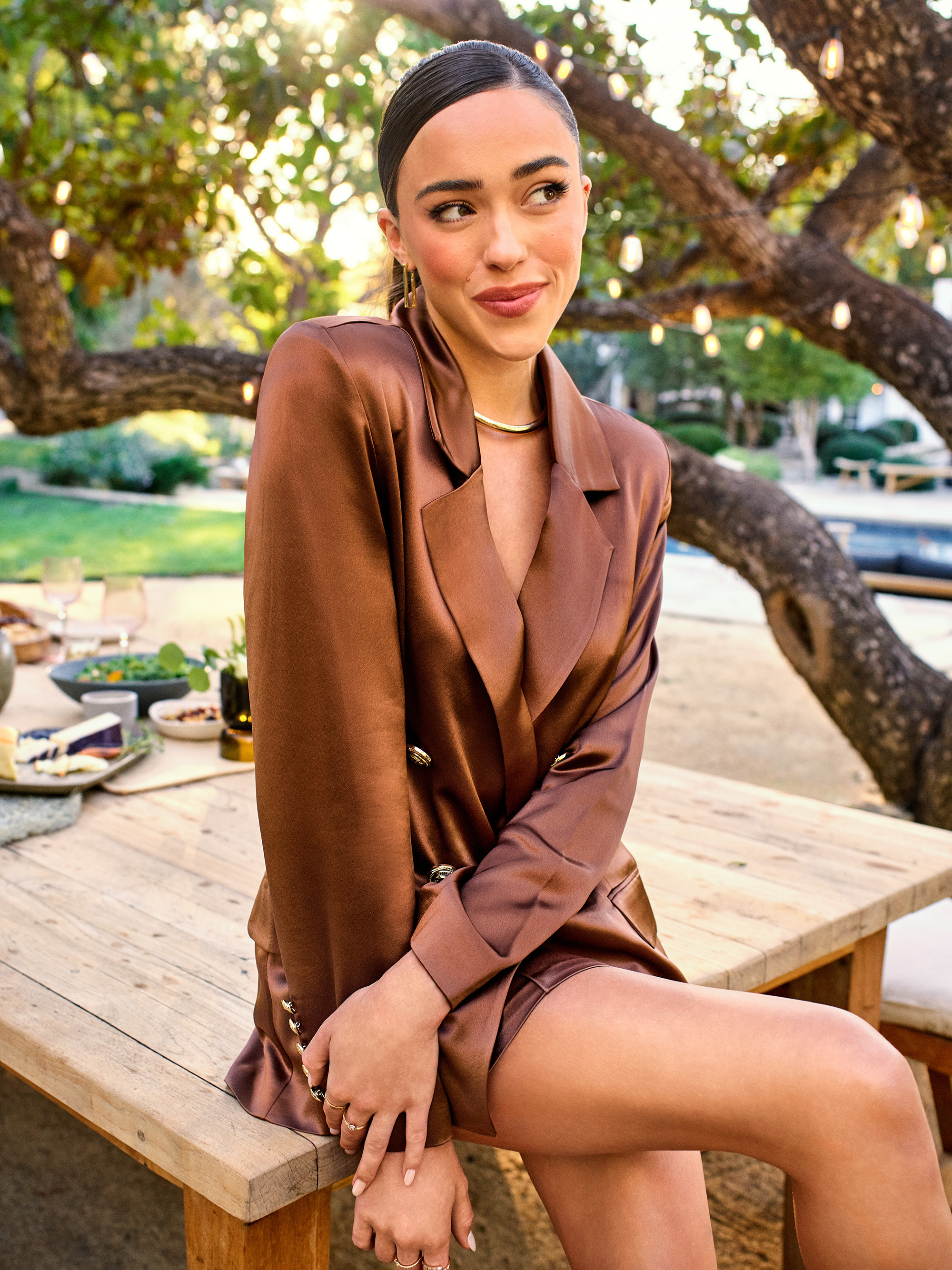 “The Culpo Sisters” is mostly a romp, but the trio navigates some pretty serious, emotional territory too, including romance, heartache, divorce, and — of course — sibling rivalry.

“I really thought that these types of reality shows were more contrived than they are,” said Aurora. “I thought that we would have to be doing a little bit of acting or fabricating, but there really wasn’t any. They really do just follow you around all day, every day … I realized that the way they get drama out of you is that you’re so tired that everything just comes to the surface, and it ends up being a great show.” 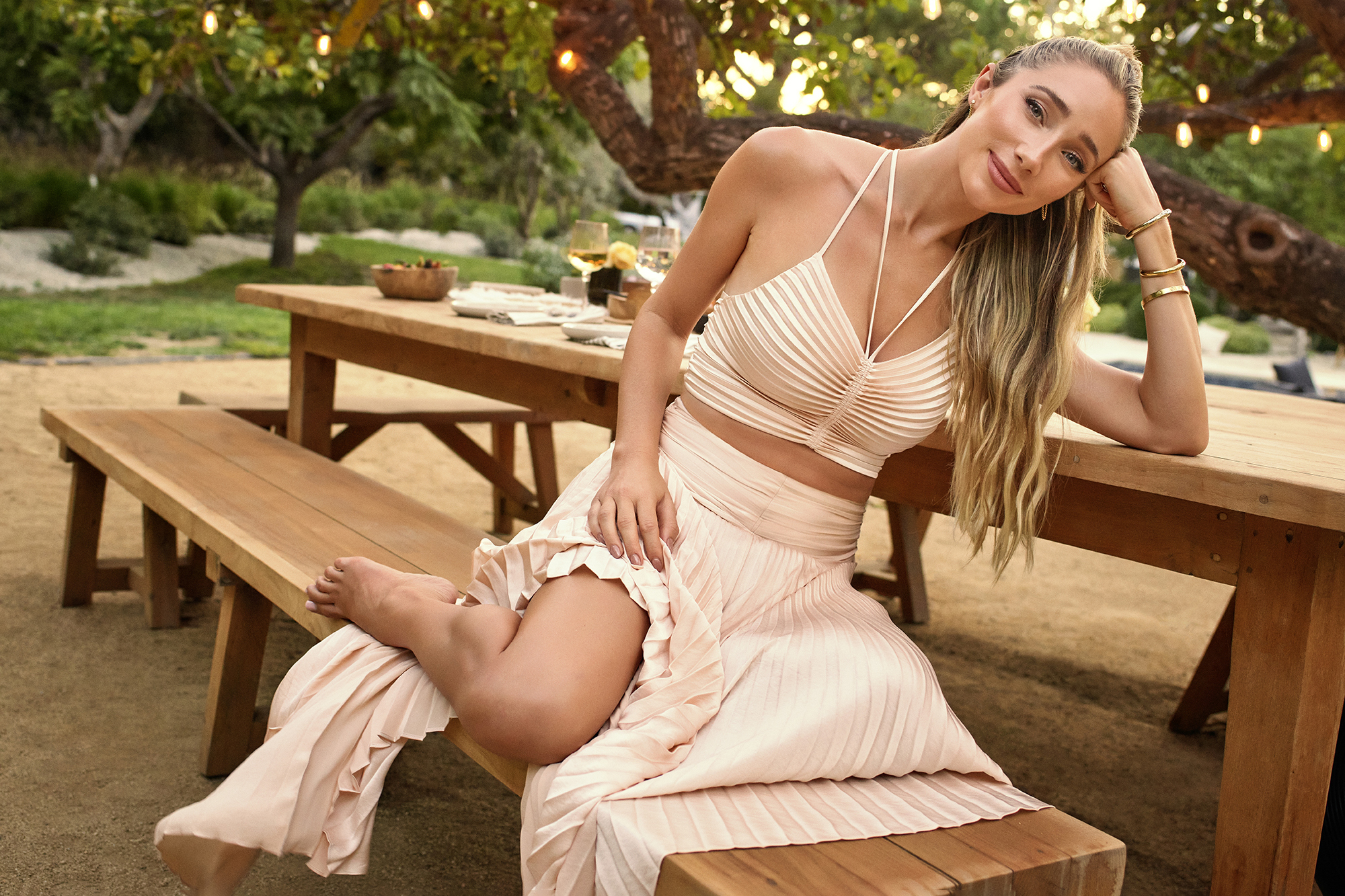 The sisters do share a few traits with the most famous reality-star siblings, the Kardashians: They’re wellness/beauty/fashion peddlers, have various brands or businesses, and often dress provocatively. But unlike Kim & Ko., these ladies hail from small-town New England and grew up in an eccentric, artsy family who had little interest in fame, celebrity, or designer labels.

And they still don’t. “They call Olivia an influencer, but we don’t know why because we’re not influenced by it,” their bemused mom, Susan, says at one point in the show.

The siblings and their two brothers, Pete and Gus — who, along with the parents, appear intermittently in the new series — were born in Cranston, RI Their father, Peter, opened several restaurants in the Boston area; mom Susan played viola for various groups, including the Boston Symphony and the Rhode Island Philharmonic Orchestra. 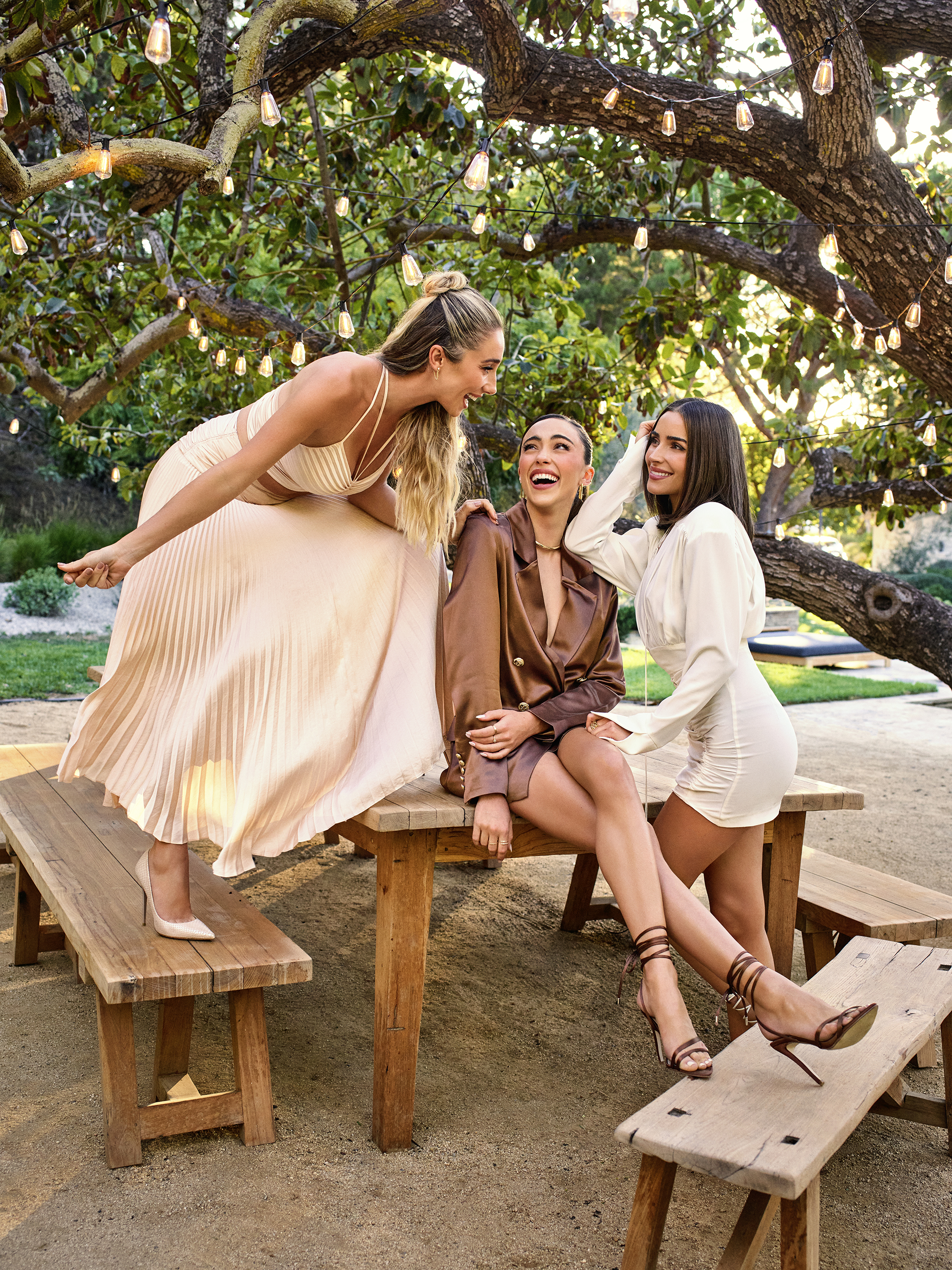 “We were all so close in age — there’s five of us within eight years — and our parents worked all the time, and so we had to rely on each other,” Olivia said. The older kids cooked, cleaned, and babysat the younger ones, letting them stay up late until they heard their dad’s car screeching into the driveway and had to spring upstairs to bed as fast as they could so they wouldn’t get in trouble. “It was fun,” she said.

Aurora was the mothering, sometimes domineering older sister; Sophia was the coddled baby. 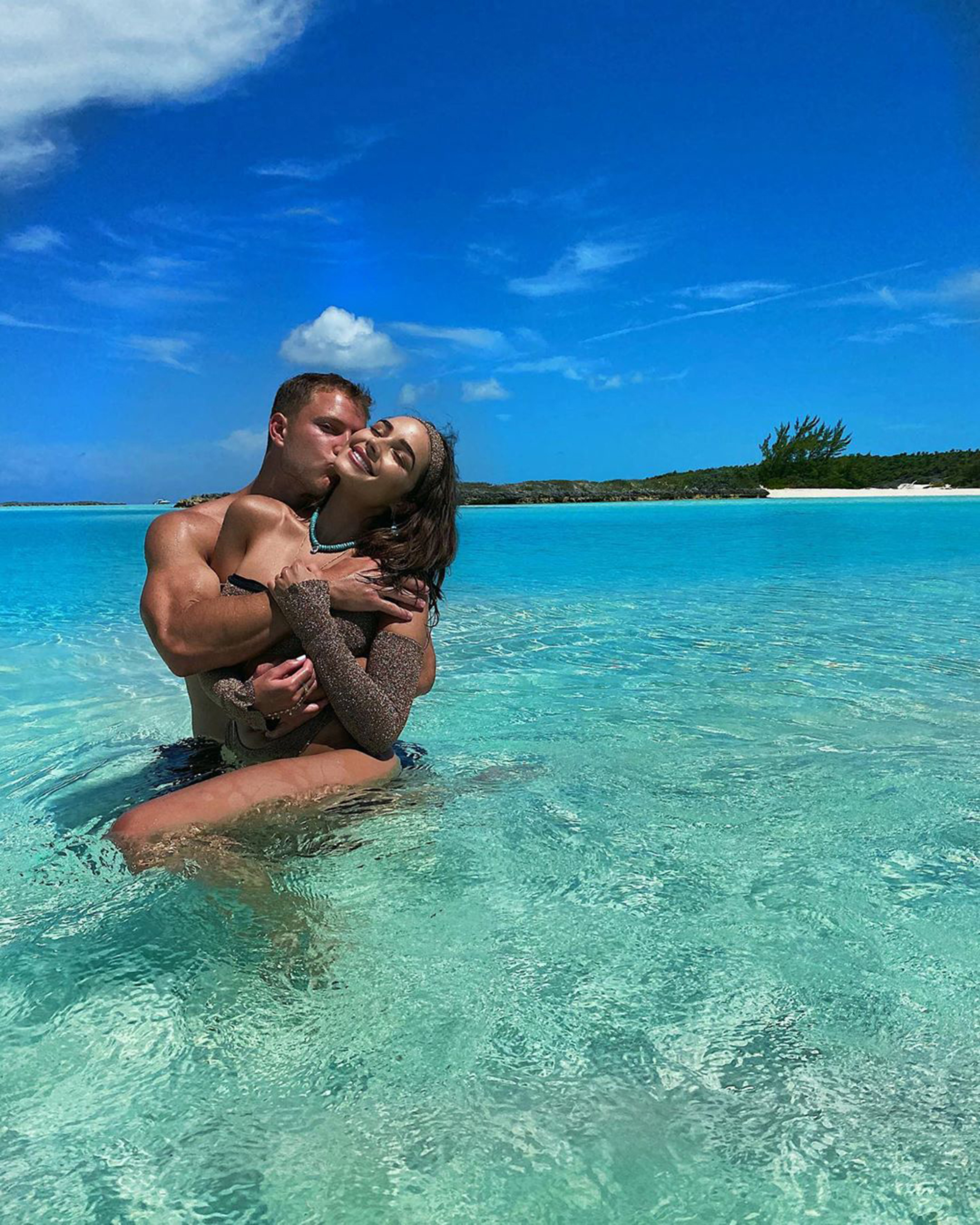 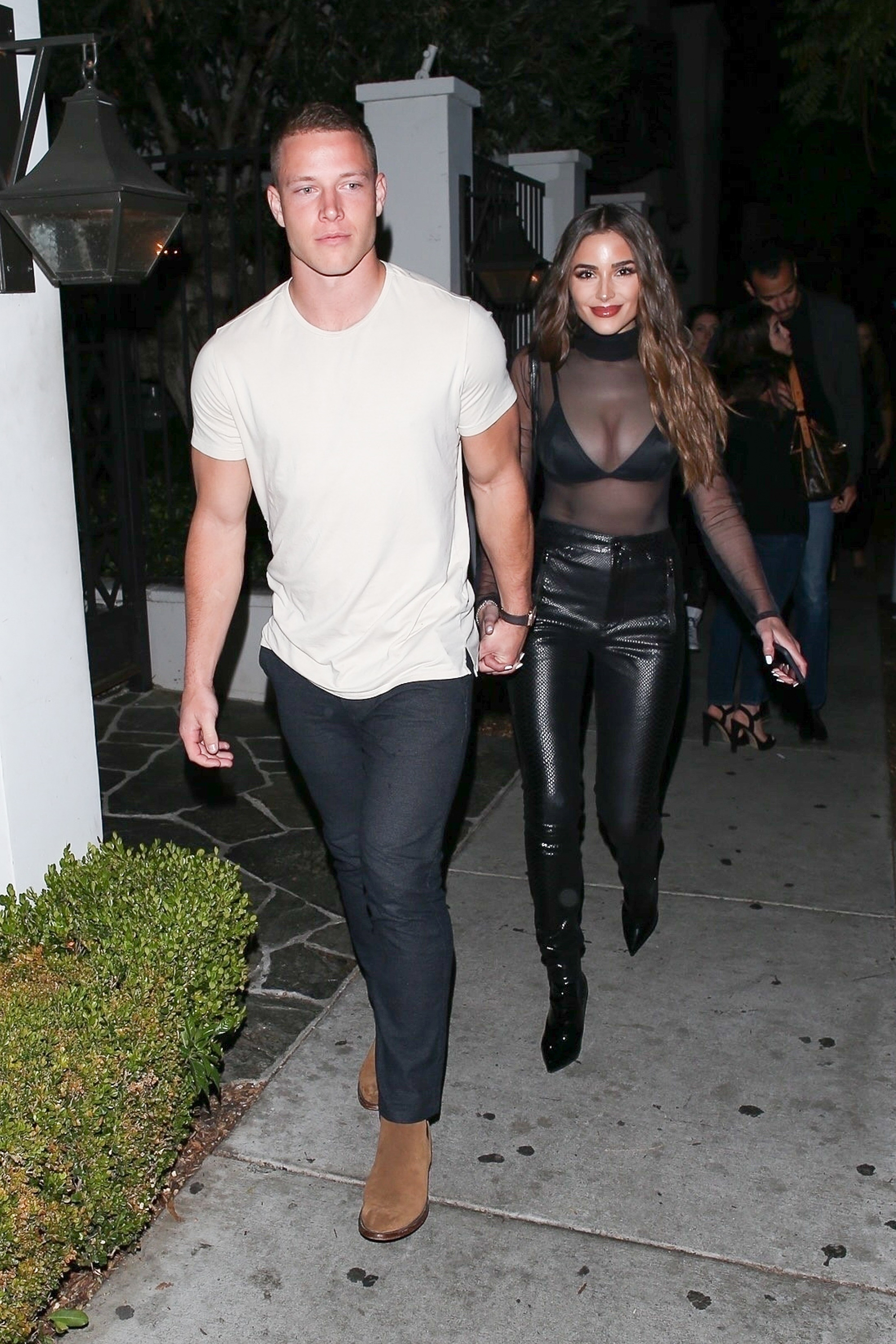 She said she is proud to be a WAG and understands that sometimes football comes first for McCaffrey.