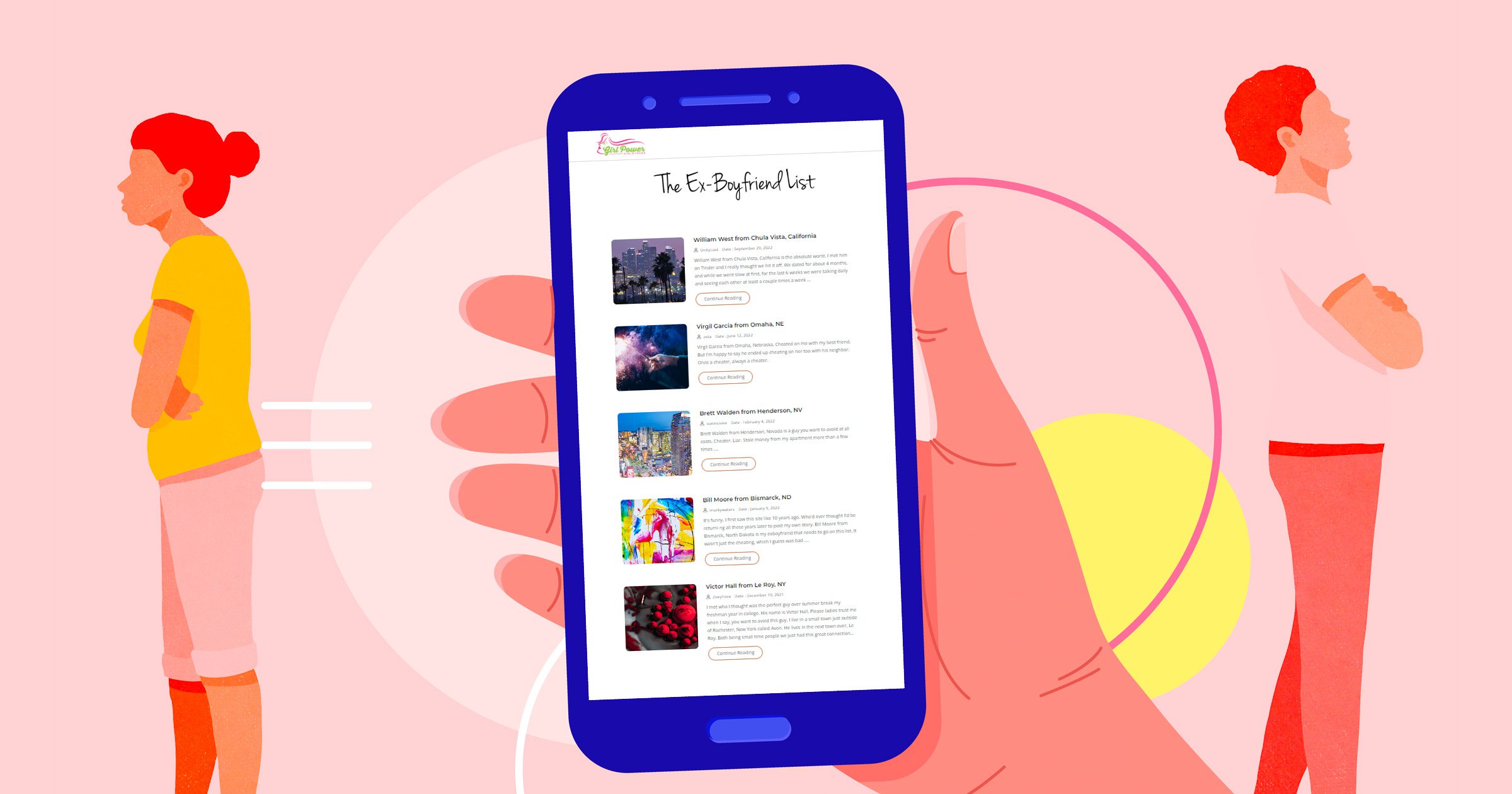 Wanting to create a hub for women to share stories about their dates, one woman has decided to set up what she calls ‘Tripadvisor for exes’.

Tracy Tegan, from the US, decided to set up the page after dating someone she says had an affair and stole rent money from her.

The site, called the Ex Boyfriend List, reads: ‘We all have that loser ex we want to warn others about, and now you can do just that with the ex boyfriend list.’

It allows women to leave detailed reviews – and you can even search by name.

‘We all go through that bad breakup, and we just need a space to share our feelings,’ Tracy, who is senior editor at blog Girl Power Girl Strong.

‘I started the website when a family member was going through a divorce.

‘I’ve also experienced my own bad breakup, and I was left heartbroken, I just wanted a place to share my story.

‘It was a really ugly end to our relationship. I had been cheated on.

‘It was the most traumatizing experience of my life because I had been lied to this entire time.’

Things got so bad with her ex, she was kicked out of her apartment.

She said: ‘Each month, I gave him my portion of the rent, but it turned out he was keeping it all to himself and not paying the landlord.

‘I ended up getting kicked out, I was devastated.

‘Being that traumatized, I just needed a place to express myself and tell others who understood me.

‘I started the Ex Boyfriend List back in 2008, and it really took off – so many girls had similar stories that they were keen to share.

‘Other women would add their stories one by one, and the next thing they knew, their truth was out there.’

People have shared stories of cheating and being bad in bed, among other dating sins.

One woman wrote on the site: ‘He is my ex-boyfriend, and he is a cheater, he will cheat on you, a habitual cheater.

‘He is also, in my opinion, really bad in bed, never had it so bad as I did when dating this guy.

‘Just avoid dating him, he isn’t worth your time, trust me.’

However, there are rules users have to stick to.

Tracy said: ‘You share his name and where he is from – there are no contact details posted, and this is crossing a line.

‘It’s good to get your anger out by posting on the site, but I have had some men contact me claiming that some statements on the site were not true.

‘It’s hard to prove either way, but I wanted to create a space where women can share their stories.’

Despite the controversy, Tracy says the site has ‘saved’ some women.

‘A girl contacted me saying that she knew the man [on the site] and was dating him,’ she said.

‘She was then very worried and woke up to him taking pictures of her.

‘Understandably, she freaked out but was glad it stopped before going too far.

‘It’s such a small world, but it’s good to see women helping each other out in that way.’