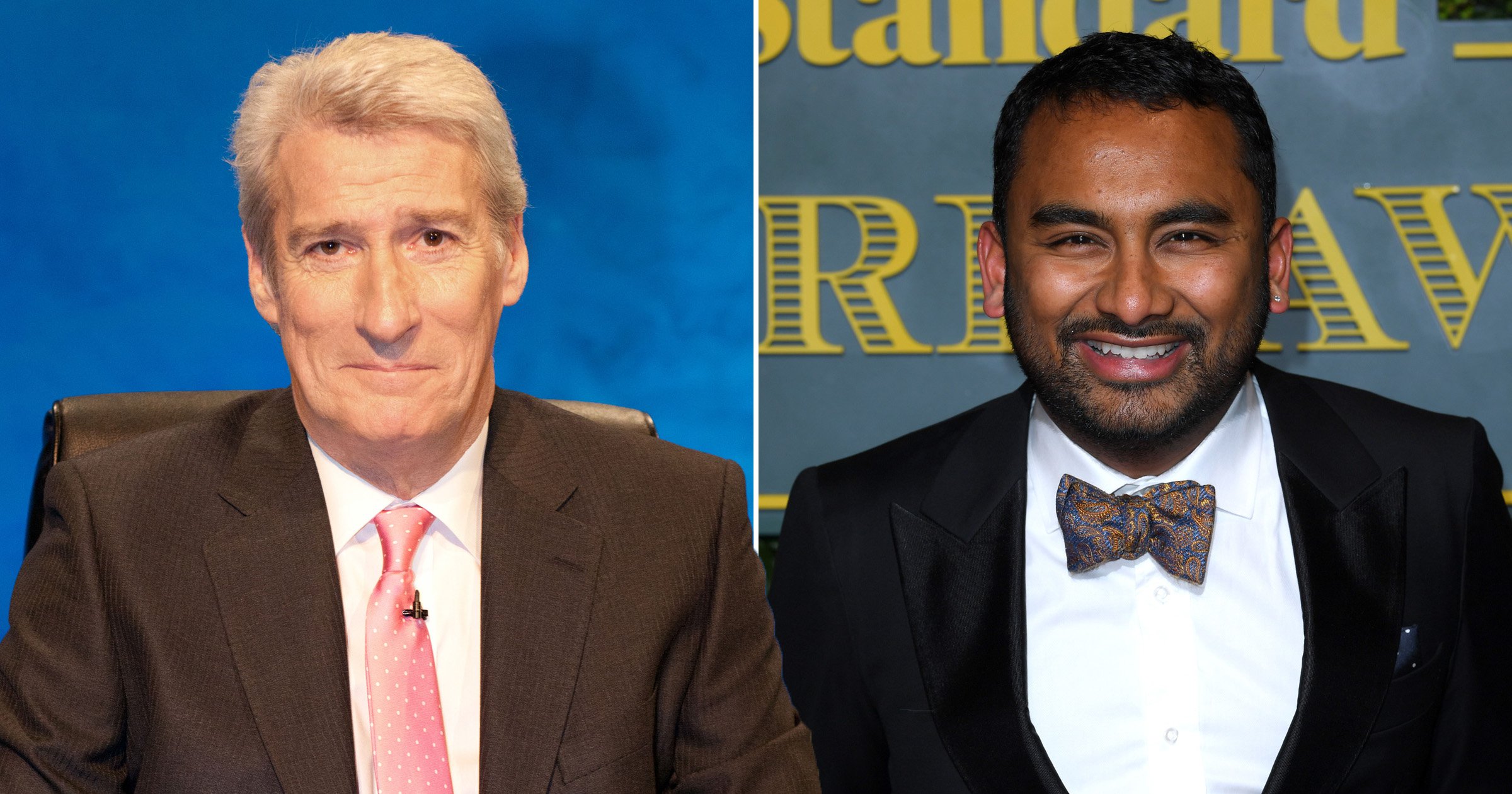 The BBC’s current media editor Amol Rajan will take over as the University Challenge quizmaster from Jeremy Paxman in 2023.

Jeremy, 72, confirmed he would be stepping down from the role earlier this week after nearly three decades.

Now, the BBC has revealed who will replace him, with Amol lined-up to take over.

He said in a statement: ‘Being asked to host my favourite TV programme is dream-come-true territory. I have watched University Challenge obsessively for years, addicted to its high standards, glorious title music, and inspirational contestants.

‘It’s the best possible antidote to cynicism about young people, allowing millions of us to test our wits against the best minds of a new generation, and annoy and impress our families by barking answers from the sofa.

He went on to share that he was ‘conscious’ of following in the footsteps of the late great Bamber Gascoigne, who died earlier this year, and Jeremy, who fronted the programme for 28 years.

Of Jeremy, he said: ‘I have vast shoes to fill. With his immense intellect, authority, and respect from students and viewers alike, Jeremy hands over a format, and show, as strong as ever.

‘I won’t stop thinking today about my late, beloved Dad, whose devotion to Education brought him to England, whose love of Knowledge I imbibed as a kid, and whose belief in the noble challenge of university so shaped my life.

‘I’ll devote my first Starter for 10 to him – and to the millions of quiz fiends who, like me, love those rare occasions when they know the answer before the students do.’

Kate Phillips, BBC’s Director of Unscripted, says: ‘University Challenge is an incredibly important staple of our entertainment slate as it continues to entertain, challenge and educate audiences.

‘We’re delighted that Amol has agreed to be the new host. Jeremy leaves a very big chair to fill but Amol’s experience, expertise and sense of humour makes him the perfect fit for one of Britain’s longest running and toughest quiz shows. If future student contestants think they’ll get an easier ride with Amol taking over, they can think again!’

Amol, 39, will step down from his role as the BBC’s media editor when he takes over the role, but will remain in place as the host of Radio 4’s Today Programme.

‘We’ve long admired him as an outstanding journalist and broadcaster – especially as he had the guts to play for his own college in our Christmas series a few years ago!’

This is a breaking news story, more to follow soon… Check back shortly for further updates.