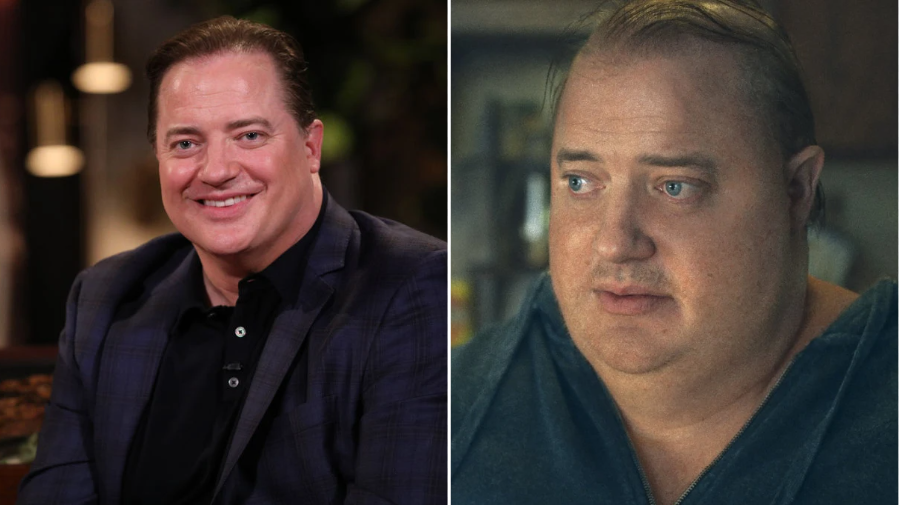 Brendan Fraser has snagged an award for his performance in upcoming movie The Whale, which could stand him in particularly good stead ahead of next year’s Oscars.

Yes, it’s never too soon to be talking about the next Academy Awards apparently.

The Darren Aronofsky flick sees the 53-year-old play a reclusive English teacher who is battling with a compulsive eating disorder and trying to rebuild his relationship with estranged teenage daughter, Elle (Stranger Things actress Sadie Sink).

The dramedy is based on the play by Samuel D Hunter and has already caused a stir with its transformation of Fraser into a 600 pound man, as well as celebration over the Fraserenaissance as the actor lines up more high profile roles.

Now, it’s been announced that Fraser has won the Toronto International Film Festival TIFF Tribute Award for his acting as Charlie, boosting his career comeback to the next level.

The accolade may be relatively new, having first been awarded in 2019, but several Oscar nominees and winners have already received it, suggesting a not significant amount of influence.

The annual film festival has bestowed its prize so far on last year’s best actor nominee Benedict Cumberbatch (The Power of the Dog) and best actress outright winner Jessica Chastain (The Eyes of Tammy Faye), as well as both 2020 and 2021’s best actor Oscar winners: Joaquin Phoenix for Joker and Anthony Hopkins for The Father.

Could Fraser be next?

The ex-action hero, who first won hearts and minds with his turns in feel-good films including George of the Jungle and The Mummy, has blown people away with just the first peek at him as Charlie in The Whale, which will have its world premiere at the 2022 Venice Film Festival.

‘It’s gonna be like something you haven’t seen before,’ he told Unilad last year.

He added: ‘That’s really all I can tell you…The wardrobe and costume was extensive, seamless, cumbersome. This is certainly far removed from anything I’ve ever done but not to be coy… I do know it’s going to make a lasting impression.’

Despite Warner Bros’ decision to can Batgirl though, thereby robbing us of Fraser’s take on villain Firefly, there’s still plenty more to come from the star.

Following a supporting role in 2021’s No Sudden Movie, directed by Steven Soderbergh, he is also in the cast for Martin Scorsese’s Killers of the Flower Moon opposite Leonardo DiCaprio and Robert De Niro, set for release next year.