Cate Blanchett & Zar Amir-Ebrahimi Discuss Sundance Pic ‘Shayda’ & Its Iranian Perspective: Its Important To Let Women Talk About Themselves And Make Movies About Their Own Female Journey

A few weeks after Zar Amir-Ebrahimi won the Best Actress Award in Cannes for her performance as journalist Arezoo Rahimi in crime thriller Holy Spider, the Iranian-French actor flew to Melbourne, Australia, to take part in what was set to be another urgent story from an Iranian filmmaker: Noora Niasari’s debut feature Shayda.

The film, which is described as a “love letter to mothers and daughters everywhere” and opened Sundance’s World Cinema Dramatic Competition last week, sees Amir-Ebrahimi star as Shayda, a brave Iranian mother who finds refuge in an Australian women’s shelter with her six-year-old daughter (played by Selina Zahednia) after fleeing an abusive relationship.

Based on Niasari’s own mother, who fled an arranged marriage to raise her daughter in Australia, Shayda takes place over the Persian New Year, when the mother-daughter duo take solace in Nowruz rituals and new beginnings but when her estranged husband reenters their lives, Shayda’s path to freedom is jeopardized.

For Amir-Ebrahimi and Cate Blanchett, who exec produces the film via her Dirty Films banner, the story is exactly the kind of project that each feels compelled to get involved with.

“I’m not that interested in doing a comedy or something that doesn’t really change anything in our society,” confesses Amir-Ebrahimi. “Life is short and if I can shoot two movies per year that make a difference or make a change in this world, then that’s important.”

Blanchett, who was nominated for a Best Actress Oscar yesterday for her role in Tár, and Andrew Upton (her husband and Dirty Films co-founder) were brought the project from producer Vincent Sheehan, whom Blanchett had worked with on Little Fish in 2005.

“Vincent and Noora had been developing Shayda for some time and they brought it to us toward the end of the development process to help secure financing and key cast members,” Blanchett tells Deadline. “We knew this story was strong and had perspective unlike any Australian film we had seen before. It’s an intensely personal and domestic scenario but the story Noora drew out of it, we felt had wider cultural resonances. Noora’s short films [17 Years and a Day, Tâm] proved she was a visceral filmmaker with an emotionally rich point of view.” 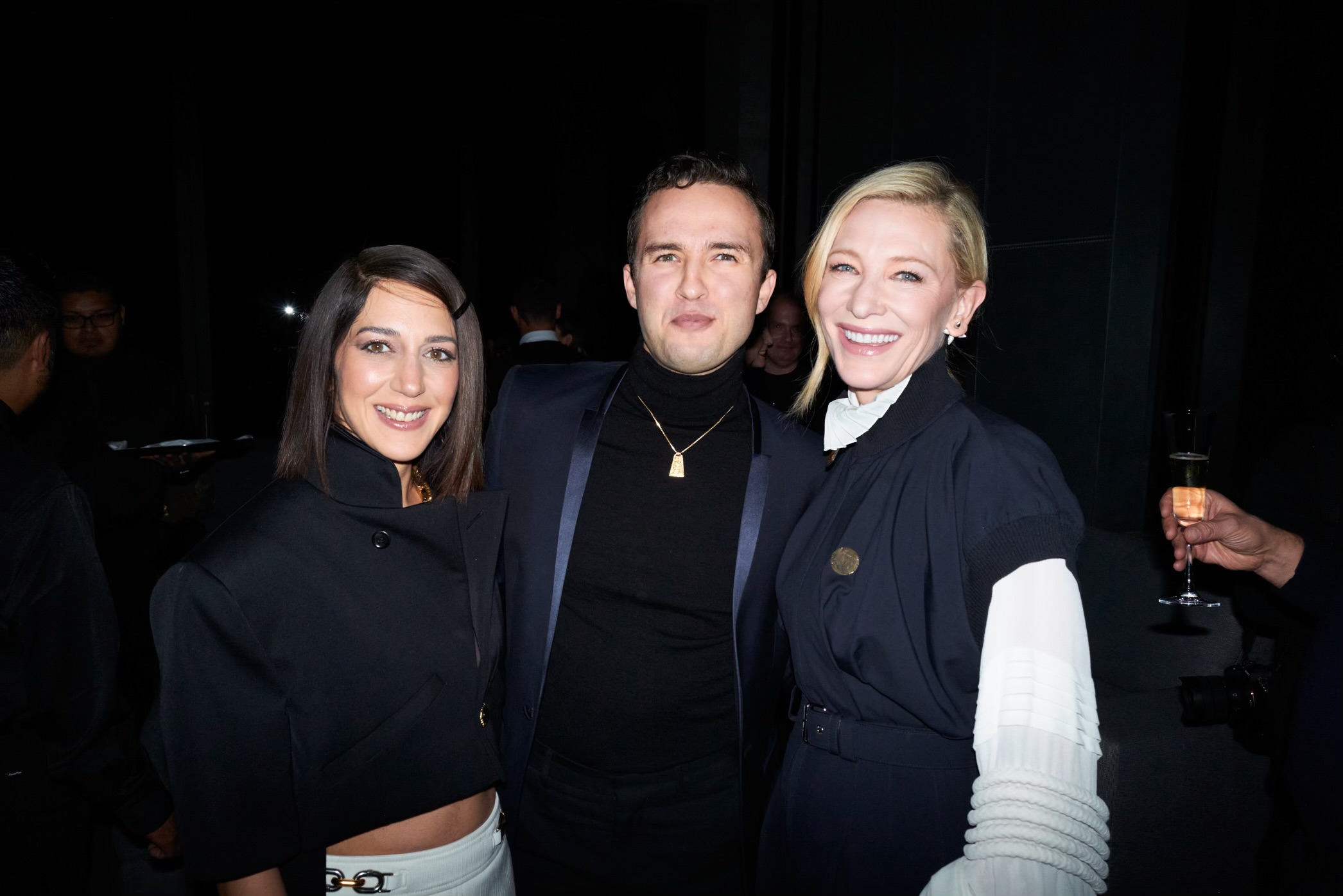 Working with Niasari, says Amir-Ebrahimi, was an “amazing” experience. “Everything with this project happened so fast and the whole editing process happened in like six months and now we are in Sundance, which is amazing,” she says. “I really appreciate the courage of Noora as a filmmaker and as a person who had this experience. It was such a smooth shoot for such a sensitive story.”

Niasari had generously given Amir-Ebrahimi recordings of Niasari’s mother’s retelling of her own story, which helped Amir-Ebrahimi create the character inside her head before she arrived in Australia. The actor, who got to know Niasari’s mother throughout the process, says that the director was generous with her actors and gave them lots of trust and space to improvise whilst also being “really protective” about young Zahednia.

“I think the hardest part for me was that at times I wanted to protect Noora too,” says Amir-Ebrahimi. “Sometimes I didn’t want to ask questions because I was trying to find my way somehow without putting her in the position of asking her so many questions about her personal life. But Noora handled everything in an amazing way.”

In September, while the film was in the editing suite, 22-year-old Mahsa Amini was killed in Iran after being arrested by morality police in Tehran for allegedly violating the country’s strict rules requiring women to cover their hair. Her death sparked outrage in the country and since then, more than 500 people have been killed in Iran as ongoing protests see women fight for their rights.

Both Blanchett and Amir-Ebrahimi admit that it has shaped the way they look at Shayda as Iran finds itself in the midst of the biggest revolution since the year of its birth.

“The current situation in Iran is horrifying and advancing each day into darker waters for women,” says Blanchett. “In Noora’s deft hands, Shayda, whilst set firmly in Australia in the 1990s, powerfully resonates domestic personal tribulations into an urgent cultural conversation.”

Amir-Ebrahimi adds, “This violence towards women happens everywhere. But in Iran, the system doesn’t lead you to have your basic rights as we know now. Women in Iran are second class citizens in law and that’s why protection against domestic violence is low and even divorce, or how you share your life, everything is ten times more complicated than in any other country.

“When I see Iranian women right now and someone like Noora’s mom and how she’s strong and she became even stronger out of this story and how she saved her life and her child’s life, I really appreciate it.”

She adds, “It’s important to let women talk about themselves and make these kinds of movies about their own female journey.”

For Amir-Ebrahimi, playing these kinds of characters is somewhat therapeutic to her and helps her come to terms with her own relationship with her homeland. The Iran native fled to France in 2008 after she was in danger of being imprisoned when an alleged sex tape of her was leaked in Iran, despite her insistence that it is not her in the tape. The incident has left her persona non grata in Iran and, she tells Deadline that she has spent the last ten years writing her story, which she hopes she will be able to bring to light one day.

“These kinds of characters that I play help me to find my way as a human person and maybe towards being a better person,” she says.

For Blanchett, she’s keen for audiences to take away a nuanced perspective on the issues that Shayda throws up.

“The most powerful and lasting effect of dramatic narrative is not ‘goodies and baddies’, but the murky spaces of motivation and desire and the more complex understanding of social and cultural power relations. Noora’s work has a clear moral compass and simple instructive melodrama. Shayda is tender and heartbreakingly vulnerable in its exploration of a disintegrating family, which anyone of any gender or culture can hopefully make a connection with and understanding.”