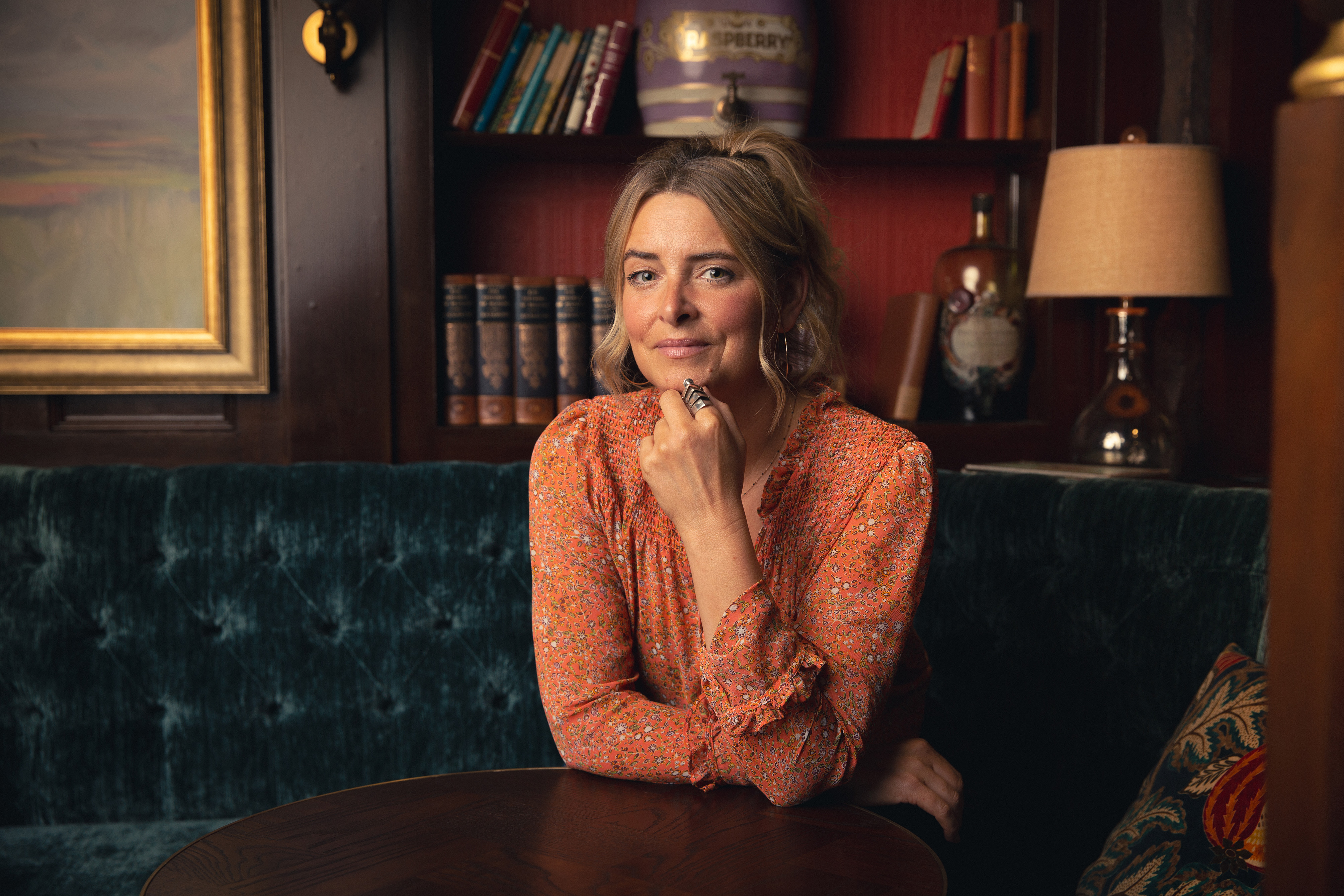 When we think of Charity Dingle (Emma Atkins) in Emmerdale, ‘chaotic’ is one of the words we’d use to describe her.

Over the years, Charity has been through a lot and when we say that, oh boy do we mean it.

From time behind bars to a very confusing and absolutely inappropriate relationship with her cousin, Cain (Jeff Hordley), Charity has made many mistakes in her very messy attempt at getting by in life.

Just like many other soap characters, Charity has her flaws but we love her and honestly? It wouldn’t feel right if she wasn’t around for Emmerdale’s upcoming 50th anniversary.

With just a few weeks to go, Emma Atkins has been speaking about the history of her character, how settled she feels on the soap and Charity’s most shocking moments…

What was your first day on set like and who were your scenes with?

That is one of the things that is so vivid to me even though it was 22 years ago. It was a location day so filming outside, a freezing cold day in the winter with Andy Devine who played my uncle Shadrach. I had a scene where I had to get a wallet that we had both stolen from Pollard, back from him. He’d taken it from me but it was my turn to get it back.

We were in this outside barn and I was wearing a ‘pleather’ skirt that was so short and I had to get so close to him it was really awkward. Obviously Andy made me feel so at ease but I was just so nervous and having to do something so intimate; I don’t think I could forget something as intense as that but it was fun.

How long was your original contract for?

A few episodes here and there over 3 months. I remember my agent telling me as I was still at university doing my degree so when I got that call I just couldn’t get my head around it. I was thinking I’ve got a job on a soap as a big character “Charity Dingle”. It was one of the best things I will ever remember.

Has it changed your life?

The job has undoubtedly changed my life. It’s given me a wonderful security; being part of the Dingle family. Whether I’d have left years ago or sustained my time here I just think I will forever be a Dingle. It’s an honour.

What is your standout storyline?

My stand out story is from way back when, it was revealed to the audience that Charity had a secret daughter that she had never told Cain about. It was an eruption waiting to happen and then Debbie turns up and says “I’m your daughter” and Charity being Charity fully denies it! She has to face the truth. Having that time working with Charley (Webb) and Jeff (Hordley) was really special.

I could never forget the storyline where Chris Tate framed Charity for his murder. He had this inoperable brain tumour and he discovered Charity was having an affair with his sister and she’s been intimate with Cain and he decides enough is enough. I have one vivid memory is of me in a boiler suit, after Charity has been stripped and had her finger prints taken, and I remember thinking this is real, I’m in Emmerdale, being framed for murder!

What is the most shocking thing that you remember Charity doing?

There are hundreds of things she has done that I can’t really defend her for but the one that stands out is when she made a pact with Zoe Tate that she would technically sell her child to buy her freedom from prison. Who sells their own child?!

Charity and Cain’s love triangle was legendary. Did you enjoy working with Jeff?

I love the fact that people always mention the history and the “legendary chemistry” that went with Cain and Charity. Jeff (Hordley) is probably the closest thing I have to calling a brother. The more feedback we got to say it was working, the more we wanted to do even better. I do look back fondly on that time and hope one day it will re emerge. Some of my favourite memories are of their scams; putting wigs on and going to rob cars with Jeff! It was so much fun.

Charity has had some memorable weddings – which was your favourite?

Charity’s had so many weddings, she’s the Liz Taylor of soap! Some of them she didn’t go through with of course. I really loved the wedding with Cain because it didn’t happen. I remember it was snowing, I had this ridiculous pink dress on, I think. It was really emotional then they have this split second where she says she doesn’t want to go through with it as it will change the dynamic and may ruin the chemistry, she questions why they need to get married.

I remember that being really special. The wedding to Chris Tate was utterly memorable. The costume designers chose this most incredible Moulin Rouge style regalia. I was off the scale. I struggled to get in the building at one point as there was so much going on. I remember it being huge. It was off the scale but it was so much fun to dress up.

Relationship wise do you miss working with any of the actors you used to have lots of scenes with?

Being in the show for so long you get to work with some incredible talent. I would have to say one of my favourite human beings to work with was Leah Bracknell, I miss her so much. We had some incredibly funny, intense stuff together. The secret affair behind Chris Tate’s back was one. We were both really nervous about that to begin with but the more we talked about it and went through our lines the more I realised this is a walk in the park as I am with someone who us so incredibly understanding, such a great team player and such a decent human.

What is your favourite or most memorable scene?

There are so many memorable scenes it’s really difficult to pick. I really enjoyed working with Patsy Kensit (Sadie) as it was always “handbags at dawn”. There is a moment when Sadie pushes Charity down the stairs and she ends up being in a neck brace. It ended up being funny as there would be serious showdowns in the Woolpack and I couldn’t turn with this neck brace, we just used to corpse all the time, good memories.

Are you glad to be part of the Dingle family?

It feels pretty special to be a Dingle. You know you are going to get those memorable moments. You can’t get a better bunch of people together. When you are all together and celebrating something and there are these amazing one liners or someone says something inappropriate you genuinely feel like you are in this incredible family.

Favourite Emmerdale storyline not been involved in?

There is one storyline that I feel a bit bereft not to be involved in as it was so good; I was all the lead up to Emma Barton’s demise. It culminated in the car crash where she is on top of the bridge in her white wedding gown stained with blood. She’s locked John Barton in the house, she’s beheaded a chicken. The way Gillian (Kearney) played it – she nailed it. I was screaming at the television, I was genuinely on the edge of my seat. I am in this show and I’m watching something
that I’m loving so much. I felt so proud but I was fuming not to be in it!

What do you love most about Emmerdale?

I do love Emmerdale because of the people. I always say it, but it really is true. Some of my most amazing friends are not just cast but production and crew too. Without a doubt it’s the people.