Euphoria just lost a student! It’s been revealed that actress Barbie Ferreira has decided not to reprise her role as Kat Hernandez in the teen drama’s upcoming third season.

Barbie, who is a fan favourite among audiences of the show, took to Instagram to confirm the news this week. Alongside a framed piece of fan art of her character, she wrote: “After four years of getting to embody the most special and enigmatic character Kat, I’m having to say a very teary-eyed goodbye.

WATCH: Did you enjoy season two of Euphoria?

“I hope many of you could see yourself in her like I did and that she brought you joy to see her journey into the character she is today,” her statement continued. “I put all my care and love into her and I hope you guys could feel it. Love you Katherine Hernandez.”

MORE: Who are the cast members of Euphoria dating? 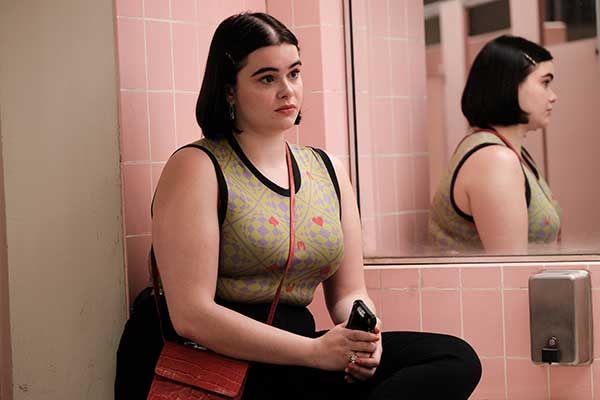 Barbie Ferreira will not be back for season three

However, she had a reduced role in the HBO show’s second season, which was released earlier this year. Viewers didn’t really see her character or her storyline develop further, despite appearing in all eight episodes, and according to reports, it was all down to a behind-the-scenes feud with show creator Sam Levinson.

Barbie allegedly butted heads with the writer over some elements of the direction of her character, which resulted in her walking off set and her screen time getting cut back significantly.

According to The Daily Beast, the 25-year-old actress also injured herself while filming a scene in a hot tub during season two. However, HBO has denied that the production was unsafe, saying in a statement it “was in full compliance with all safety guidelines and guild protocols” and “there were never any formal inquiries raised.”