George R.R. Martin’s Fire and Blood serves as the basis for House of the Dragon with fans able to read ahead to find some of the major twists and turns coming in the TV show.

With the show undergoing a 10-year time-jump between episodes five and six, many viewers are keen to know who is going to be sitting on the Iron Throne and if King Viserys Targaryen (played by Paddy Considine) and Alicent Hightower’s (Olivia Cooke) children will be the ones to rule the Seven Kingdoms – or if his heir Rhaenyra (Emma D’Arcy) will be the one to rule as the first female monarch of Westeros.

WARNING: This article contains major spoilers from Fire and Blood

Alicent and Viserys had a total of four children with the king with viewers witnessing the queen available to her husband’s every beck and call to procreate in the show.

In the source material, after Viserys’ death, Alicent conspired with the small council and they put her son Aegon II on the throne, even though Rhaenyra was still her father’s heir.

Rhaenyra only later found out about her father’s death and was left furious she was kept in the dark. 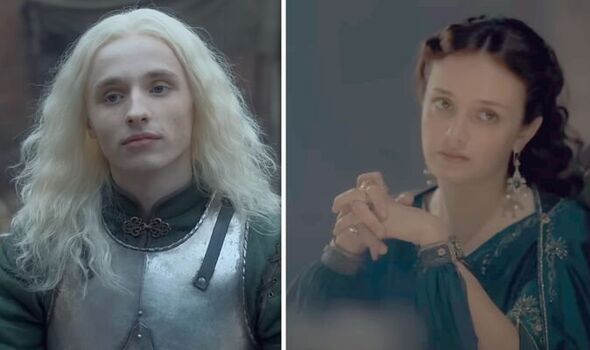 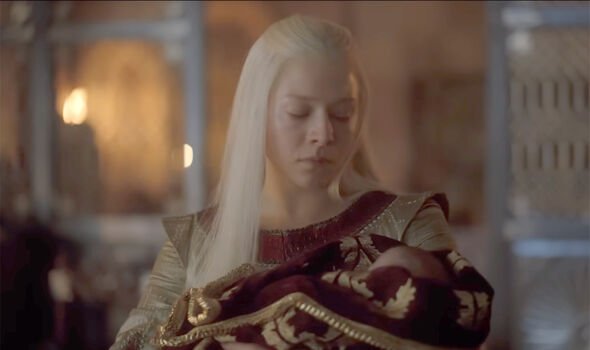 According to a Wiki of Ice and Fire: “…Aegon at first refused to be a part of his mother’s plans to crown him, insisting Rhaenyra was heir.

“However, Ser Criston Cole, Lord Commander of the Kingsguard, convinced him that should Rhaenyra take the throne, Aegon and his brothers would be executed.”

Interestingly, in the show, this is what Ser Otto Hightower (Rhys Ifans) told Alicent when he was forced out of his position as Hand of the King.

In the source material, Aegon II was married to his sister Helaena to carve out their own line of succession and cutting out Rhaenyra. 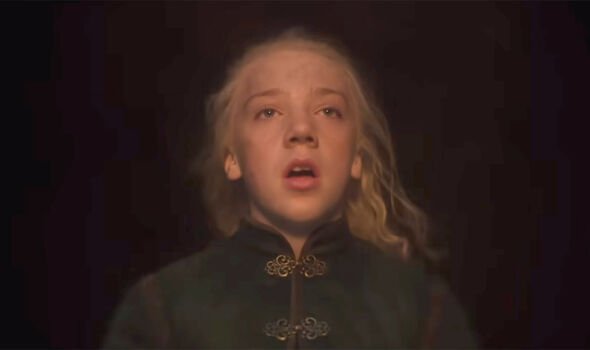 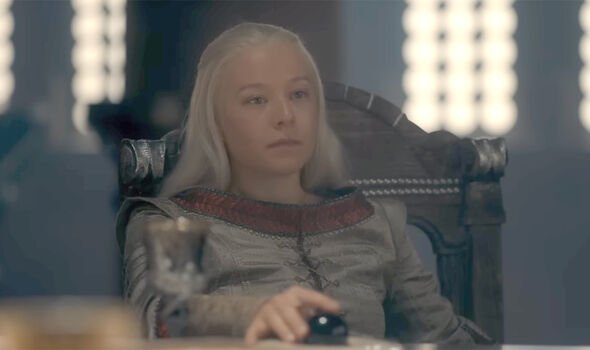 This led Rhaenyra to hunger for power and take the capital from Aegon II by force.

Rhaenyra did briefly sit on the Iron Throne for half a year but she was soon driven out as the small folk turned on her amid rising taxes and discontent.

There was then a fight for the Iron Throne with Aegon II and Rhaenrya going head-to-head in the Targaryen civil war The Dance of the Dragons.

Sadly, it was a war Rhaenyra would lose with Aegon II ending up on the Iron Throne with Alicent’s son feeding her to his dragon Sunfyre.

Tragically, Rhaenyra’s son Aegon III bore witness to his mother’s harrowing and painful death but was spared the same fate out of his step-brother’s mercy.

In another twist, Aegon II later died with the king being poisoned and had no children after Helaena took her own life and the monarch failed to sire any other children.

So, the crown passed to Rhaenyra’s son Aegon III whose rule was a mournful one as he struggled with the grief of his mother’s death and losing most of his family.

He in turn was succeeded by his young brother and Rhaenyra and Daemon’s (Matt Smith) second son Viserys II.

Given House of the Dragon has been diverging from the show, it’s highly likely this will continue to happen and the events from Fire and Blood won’t necessarily play out on screen in the same way.

Nonetheless, the fundamental plot points in the adaptation seem to be unchanged even if the manner of how the story gets there is different.

For instance, the show has pivoted Alicent and Rhaenyra’s relationship differently to the source material with the two women only falling out after the princess lied to her best friend about having a sexual relationship.

In the book, they fell out after Alicent had four children which led to discontent on Alicent’s part of her children to sit on the throne instead of Rhaenyra.

Alicent defended Rhaenyra but it was to her detriment when it emerged the heir apparent had slept with her personal bodyguard Ser Criston Cole (Fabien Frankel) rather than her uncle Daemon Targaryen.