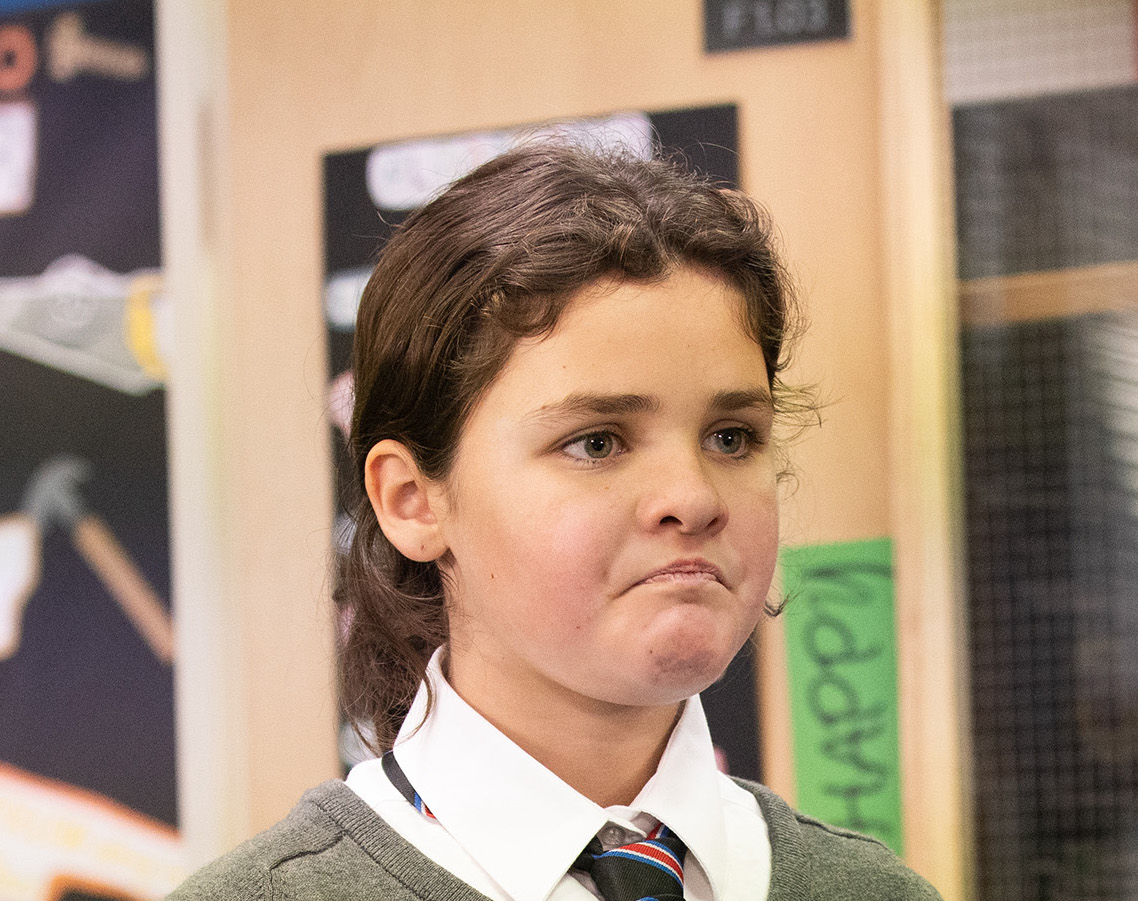 Hope Stape (Isabella Flanagan) has absolutely been added to the list of Coronation Street icons after tonight’s episode.

The young girl has been busy at school recently, attempting to make friends after being bullied.

Sadly, Hope’s classmates have only been paying her attention because of the John Stape book, something she’s been flogging at school, signing and reading extracts of.

By the lockers, Hope told two girls about her plan to read the book again at break, delivering the absolutely amazing line ‘pay for the whole seat and you’re only gonna need the edge’.

Before Hope prepared to read another section of the book in front of the students, she went out into the corridor to check if the cost was clear.

Outside, Hope overheard the students making fun of her so when she returned, she pulled out a hammer from her bag and threatened them.

When Fiz (Jennie McAlpine) and Tyrone (Alan Halsall) arrived, Mrs Crawshaw informed them that Hope re-enacted Charlotte Hoyle’s death – who John Stape murdered by hitting her with a hammer!

Fiz and Ty (who had his visitor’s badge on upside down…minor details) were completely horrified but that wasn’t the end of the matter as Mrs Crawshaw went on to reveal that Mr Graham, who worked with Charlotte, had gone into early retirement because he was so traumatised by Hope’s actions!

Back at home, Hope wasn’t really that fussed she had been suspended for a week.

She asked her parents for the cash that she had made from selling the books, later telling Sam (Jude Riordan) that she’s planning on making Tyrone pay – who upset Hope after breaking his promise that he’d stop the John Stape book from being published.