During Monday’s instalment of the Lorraine show, host Christine Lampard, who is fronting the show over the summer, spoke to Married At First Sight stars Chanita Stephenson and April Banbury. Although the women were speaking about their experiences on the dating show, viewers were left distracted by one of their outfits.

Ahead of the new series of the dating show airing on Monday 29 August, Christine welcomed both April and Chanita to the show.

The two brides, who were both wearing their wedding rings, spoke to the ITV host about why they decided to star in the social experience where people tie the knot to a stranger.

However, when viewers saw what Chanita was wearing, people quickly took to Twitter to comment on how similar her silk blouse resembled loungewear.

Kate Logan said: “Why is that woman in her dressing gown.” 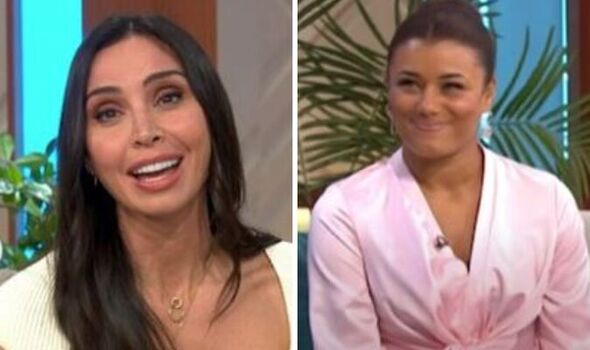 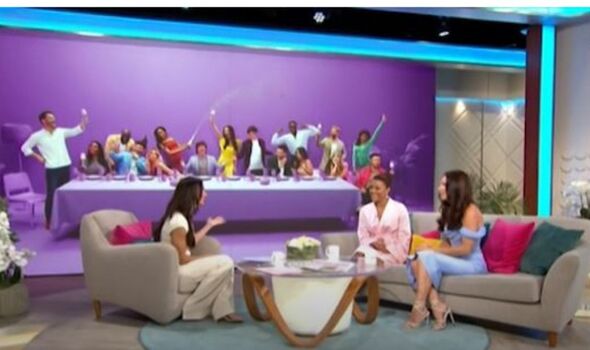 Carole added: “Why’s one of them turned up in her nightgown?”

While user @Flopsypickle commented: “Is she wearing a dressing gown? #Lorraine.”

Lee-Ann baker said: “#lorraine did she arrive at the studio late? Why was she in a satin robe #dressinggown #MarriedAtFirstSight.”

During the interview, the reality star admitted to Christine that the whole experience has been surreal as after she sent her application in, she didn’t think it would go far. 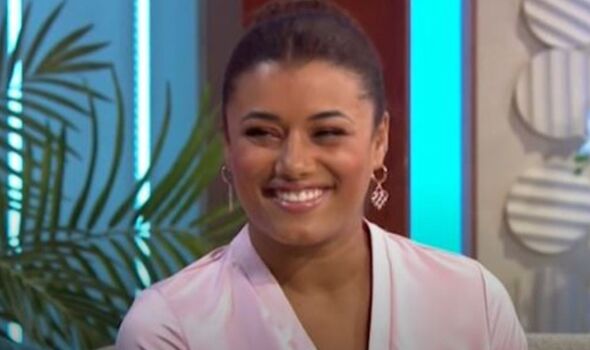 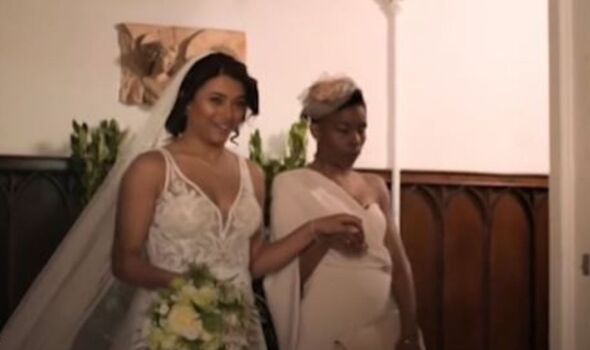 Commenting on why she decided to take part in the show, April said: “It was kind of like, ‘I’ve tried everything else so why not this?! Why not marry a stranger.”

Christine touched on how they must have felt the morning of their wedding day as the asked both brides if they were stressed.

However, Chanita revealed that before meeting her future partner for the show she was “weirdly calm.”

She said: “To the point where people around me were really nervous and I thought, ‘Am I ok? Should I be more nervous’

“But as you get to that point where you’re about to walk down the aisle, it just hits you.

“Then all of a sudden you think, ‘oh god, are we doing the right thing!”

The E4 dating show follows the journey of a group of couples who have been scientifically matched by a panel of experts.

Each week, the newlyweds will get to know one another better while speaking about their problems with Mel Schilling, Paul Carrick Brunson and Charlene Douglas

This year, the show will be welcoming its first-ever lesbian couple on the show following last year when the programme had its first male couple, Matthew and Dan.

According to Dan’s official Instagram, the couple has stayed together since filming ended back in April 2021.

The new series of Married At First Sight airs on Monday 29 August on E4 at 9:00pm.

Lorraine airs weekdays on ITV from 9am