Most travellers do their best to avoid indirect flights or begrudgingly accept a long layover in an obscure airport if it saves some cash.

But one British couple are spending their time actively seeking the smallest and most remote airports they can find, having visited nearly 1,000 already.

Alan and Agnes Forbes, 44 and 62, stick to a strict hand luggage only policy so they don’t have to waste time waiting for their suitcases and can focus on making their next flight.

The pair, from London, dedicate their lives to travelling the world while visiting as many airports as possible, with a tally currently surpassing 950.

Their odd journey together has taken them from a completely remote runway on a South Pacific island to the terminal for the shortest commercial flight in the world.

Alan, a former airline operations manager who says there is no such thing as a bad airport, introduced Agnes to his hobby when they were dating, now the happily married duo do it together.

When the couple can’t spend their time jetting around the globe, they have a significantly less exotic hobby of visiting every Wetherspoons in the UK.

They have visited more than 700 of the establishments and are on a quest to visit all 861. 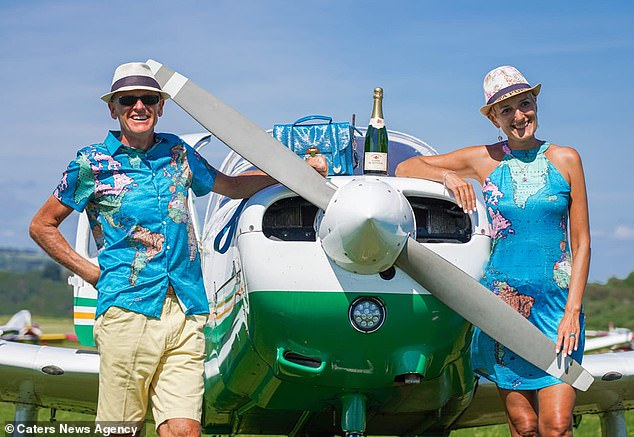 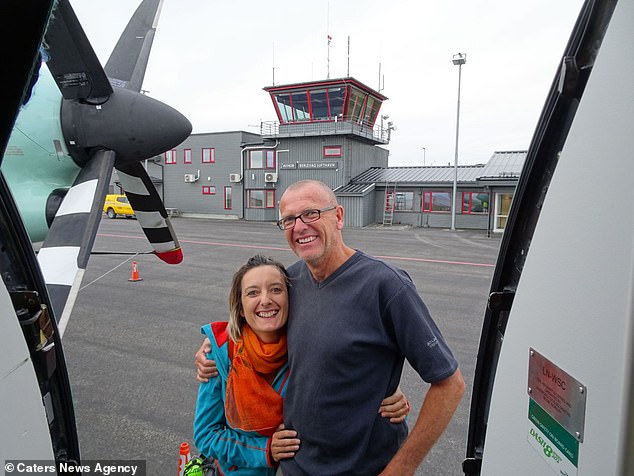 The couple, 44 and 62, are also trying to visit every Wetherspoons in the UK 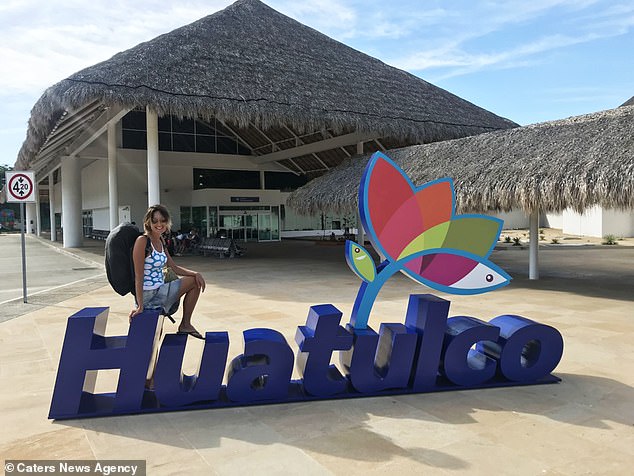 Agnes started the hobby of visiting airports in 2012, when she started dating Alan (pictured at an airport on the south coast of Mexico) 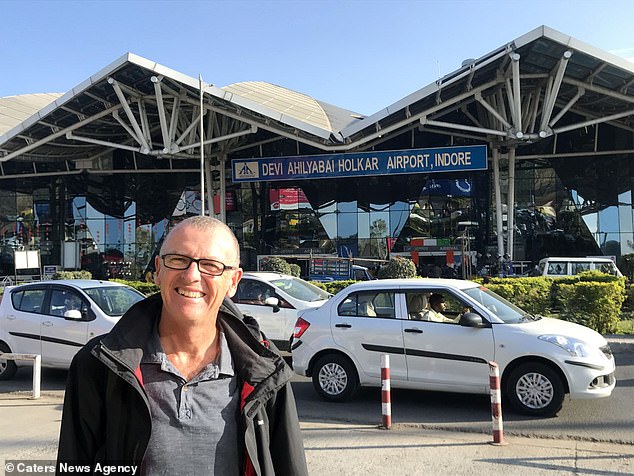 Alan explained: ‘I started ticking off airports way back in 1980 and embarked on my journey alone, until I met Agnes and then she joined up with me in 2012.

‘I’ve been around the world twice stopping once and going both ways, people may love the hustle and bustle of big airports but Agnes and I have had our best moments going to the smaller airports.

‘They just have much greater personality than the big airports and it allows us to visit places that no one has ever even thought to go to and we have been absolutely blown away by how beautiful and memorable those places are.

‘The Rarotonga International Airport in the Cook Islands, is probably the furthest one I’ve visited.

‘The Queen Tamar airport in Mestia, Georgia is one of the most outlandish airports I have visited. The terminal looks like it’s been designed by someone on acid and either side of the runway there are cows just wandering about.

‘We always say, contrary to opinion, there is no such thing as a bad airport.’ 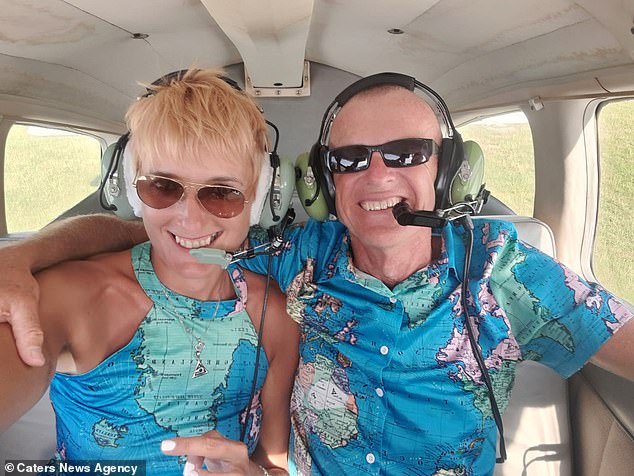 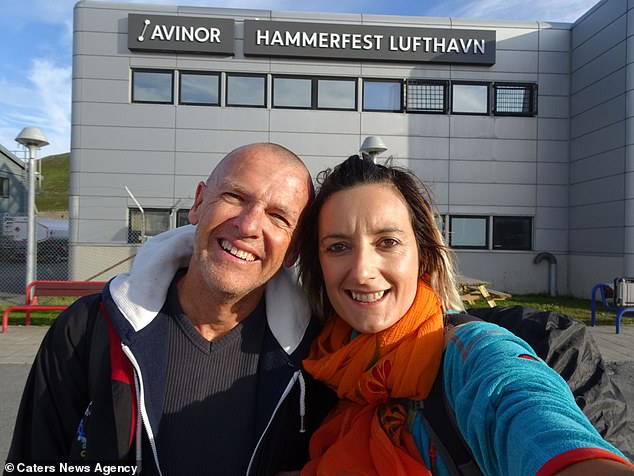 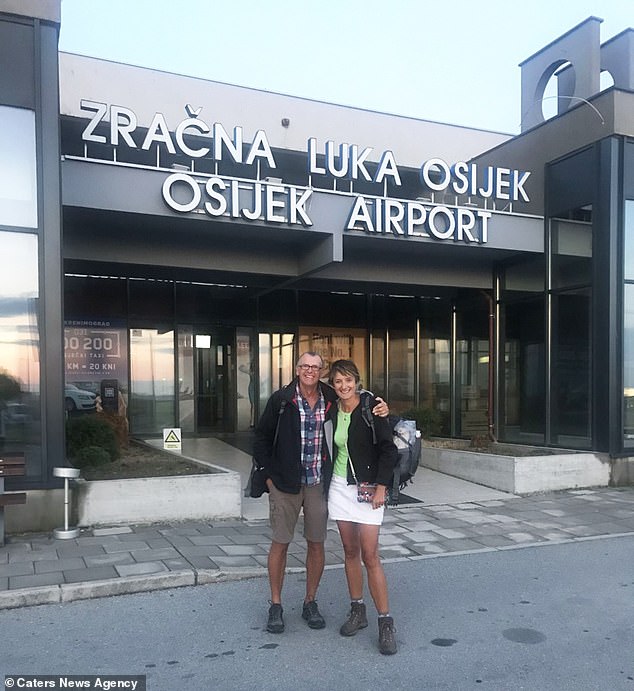 Agnes has visited 442 airports in total, while Alan who started much earlier has visited 955

He continued: ‘The most stops we’ve done in one flight was in Northern Norway where we did six stops and only changed planes once, Kirkenes to Alta to Vadso to Batsfjord to Mehmann to Honningsvag and finally to Hammerfest!

‘Most of these sectors were done with one of us on the flight deck, which was a big no no after 9/11 but the Norwegians didn’t seem to mind, we had an air pass and did 36 airports in 9 days.

‘We’ve had some funny moments, once we arrived unplanned in Tijuana, having crossed the border from San Diego. With no flight booked, 30 minutes later we were on a plane to Culiacan which we we later learned is one of the major drug cities in Mexico.

‘We’ve even had monkeys on the runway in Aurangbad which caused an overshoot. 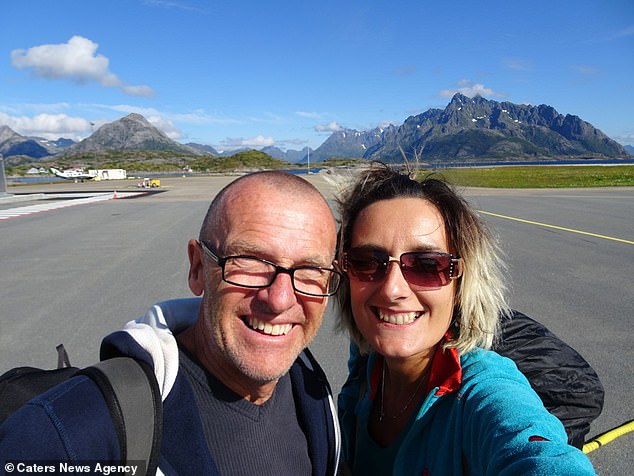 Their top five airports are:

1: Mestia, Georgia. Which has an ‘Unbelievably scenic mountain location and weird as anything terminal design’.

2: Papa Westray, Orkney Islands. Full of ‘beautiful scenery’ and boasts the shortest commercial flight in the world from Westray – it takes under 2 minutes and is shorter than the runway at Heathrow.

3: Potosi, Bolivia. It was the highest commercial airport in the world before the China started building new ones.

5: Kastellorizo, Greek Island. The aiport has a ‘crazy little runway up in the hills’ on one of the ‘most beautiful and remote’ Greek islands. 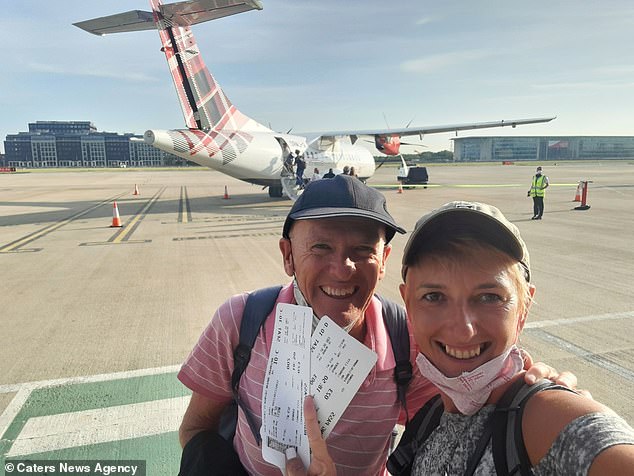 When they don’t have tickets to jet away, Alan and Agnes go around the UK and visit Wetherspoons 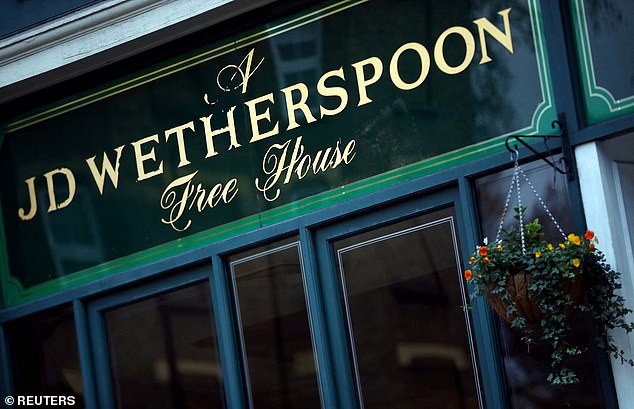 When the couple are back at home they spend their time travelling around the UK on a journey to visit every Wetherspoons.

They started the hobby together, six years ago and have drunk around 1,000 cups of ‘spoons coffee, hundreds of pints of ale and wolfed down more than 400 burgers, according to The Sun.

A small past time of popping into Wetherspoon pubs on days out developed into an ‘addiction’ and soon the decided to visit them all.

To do so they often use public transport and sleep on friends’ sofas, and occasionally stay in the chain’s hotels.

The most pubs they’ve visited in one day is eight.

Much like their airport hobby it allows the couple to visit beautiful parts of the country that they never would have otherwise visited.

They have visited 750 and say there are 861 in total, but because of the sheer number of them combined with closures and openings they say there’s never a definitive number.

Their top five Wetherspoons are:

1: The Man in the Moon, Newport, Isle of Wight

5: The Chief of Justice, Keswick