For over 40 years Sir Michael Palin has travelled around the world entertaining viewers with his unique takes on some of the most fascinating places on the planet. Recently, the Monty Python legend endured trips to North Korea and most recently Iraq and he is now worried about what Channel 5 has in store for him next.

The TV travel show legend has jokingly questioned the motives of Channel 5 ahead of his new travel series Michael Palin: Into Iraq.

Sir Michael told Express.co.uk and other press: “Channel 5 seem to be quite keen on sending me to places where I will be killed.

“Going to North Korea and then they go, ‘Oh let’s go to Iraq.”

He quipped: “I had to feign heart surgery in order to get out of that one.” 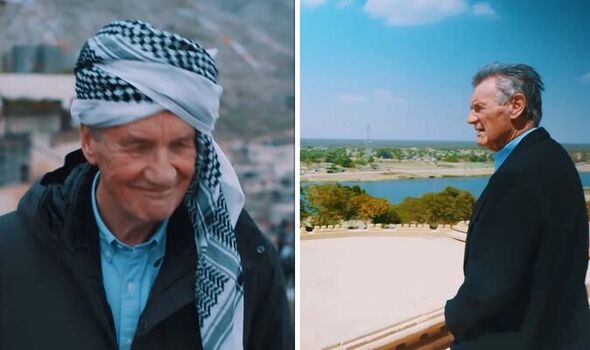 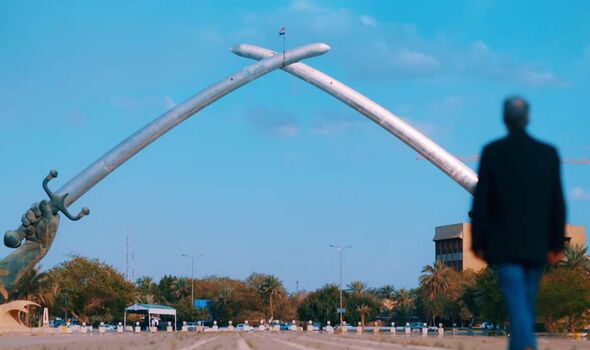 The TV legend added: “That might be the future, to find somewhere else which is dangerous and go there together and try to survive. “

The documentary-maker experienced an emotional trip to a shrine at part of the River Tigris which honours victims of the Camp Speicher massacre.

In the horrific murder, up to 1700 Iraqi cadets were killed and thrown into the river by members of the Islamic State.

Sir Michael said during that moment his “eternal optimism took a beating”. 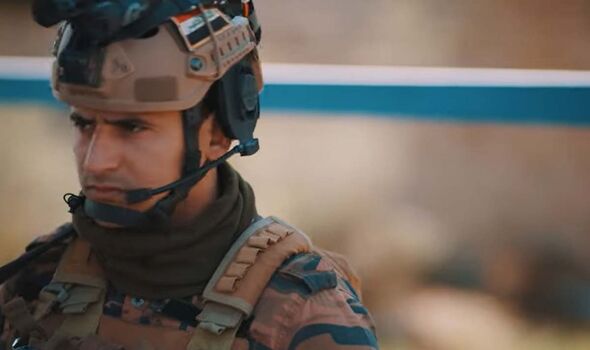 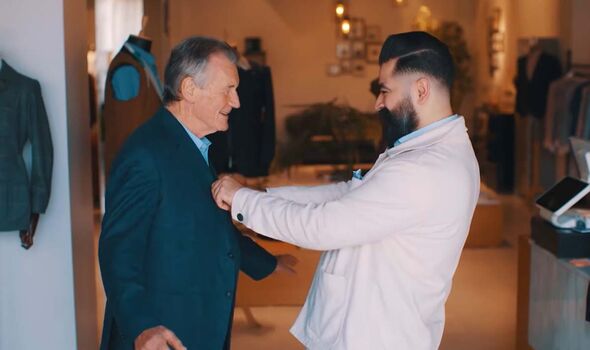 Throughout the three-part documentary, his team visit Baghdad, where they met suspicious soldiers at checkpoints in an attempt to gauge what life is like in modern-day Iraq.

Reflecting on that experience, he said: “I like the fact you work very hard, it’s so fabulous to work with a team like we have, where everyone tries to do their very best work.

Michael also explained how he copes with the dangers of the show, which saw him travel to an area recently the victim of a terror attack.

He added: “I don’t go into these experiences expecting to be frightened. I go into them expecting them to be absolutely fine like they’re only headlines in the papers.

“But you get there and realise it’s a different matter, you realise there is a lot of anger around and that could be dangerous.”

“I was told not to go out at night because we would be a target, but that’s my favourite thing to do, to go out for a walk and grab a coffee or a beer.

The 79-year-old had to undergo open heart surgery in 2019 after a routine check revealed “a leaky valve.”

In a blog post, he wrote: “My heart scare reminded me that my body isn’t indestructible and if I want to keep it that way I must know when to stop working as well as when to start again.

“Over the last year, I discovered a rather enjoyable equilibrium, a balance between work and relaxation that for the first time in my life favoured the latter.

Fans will be hoping the star has many more travel shows in him.

Michael Palin: Into Iraq premieres on September 20, on Channel 5.