Former Strictly Come Dancing professional Brendan Cole appeared Friday’s instalment of Countdown. During the episode, the Australian dancer revealed to temporary host Colin Murray the longest word he could make from the series of vowels and consonants on the board in front of him was scrotum. Rachel Riley was left looking awkward as she stood next to the graphic word on the Channel 4 game show.

Colin told Brendan: “Let’s see if dictionary corner can grab this by the short and curlies.”

Brendan laughed: “It’s funny you should say that, it’s not every day you get to come on television and say scrotum, but there you go.”

Colin added: “Not only do you get to say it but now Rachel Riley has to stand beside it.”

Rachel was seen raising her eyebrows looking embarrassed next to the word while the studio members started chuckling. 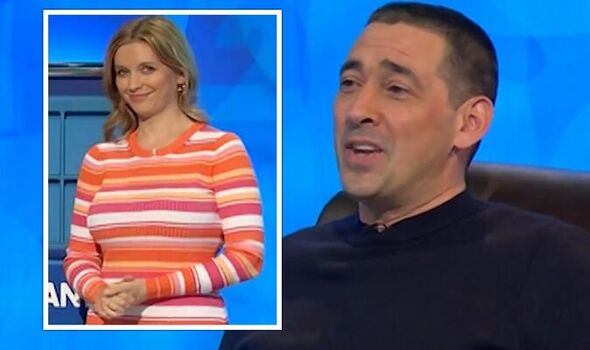 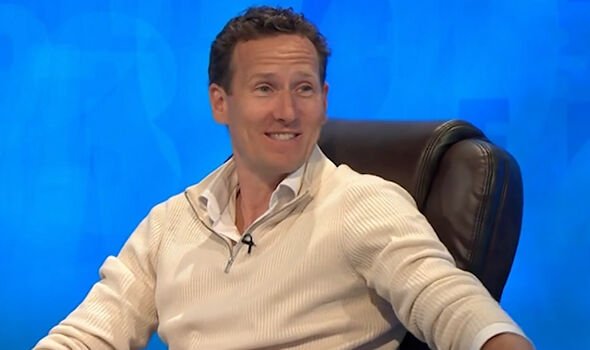 “Well, it’s one of those moving on moments,” Colin quipped before asking another contestant for his letters.

They swiftly moved on from Brendan’s word and continued with the rest of the episode.

Many Channel 4 viewers took to Twitter to praise Colin’s presenting abilities as he has only fronted the programme for the past few days.

He is the temporary replacement of former host Anne Robinson who presented her final episode on Wednesday. 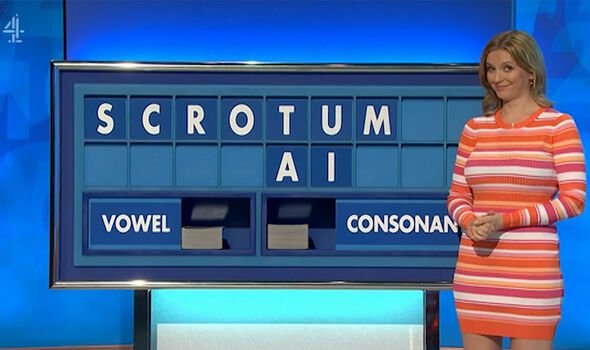 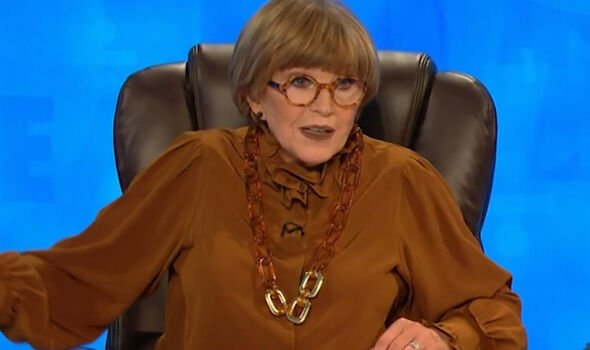 Mike Davies penned: “Colin Murray has got to have the full-time hosting job he is doing a great job when filling in as a temp.”

Lynsey said: “First time seeing Colin presenting the show; what a breath of fresh air! I hope he’s made a permanent presenter as it’s obvious that he loves the show and that you all love working together.” (sic)

Emma Roberts exclaimed: “He’s been a pleasure to watch the last couple of days.”

Other viewers have been missing Anne, with Carol Hanson commenting: “I’m sad Anne’s left, I liked her feisty style. I do like Colin though, nice chap, good luck.”

The former Weakest Link host announced she was quitting Countdown after just one year as the show’s host.

The 77-year-old made history as the first female to take the hot seat after she replaced The Apprentice star Nick Hewer.

Radio presenter Colin addressed his role as interim presenter on his Twitter account in May, writing: “I’m like the assistant manager, given the job until the end of the season.”

Colin is expected to present the Channel 4 gameshow until November.

A full-time replacement is set to be announced in due course.

Countdown airs on weekdays at 2.10pm on Channel 4.