Spoilers: Leyla set to finally reveal her drugs torment to Liam in Emmerdale 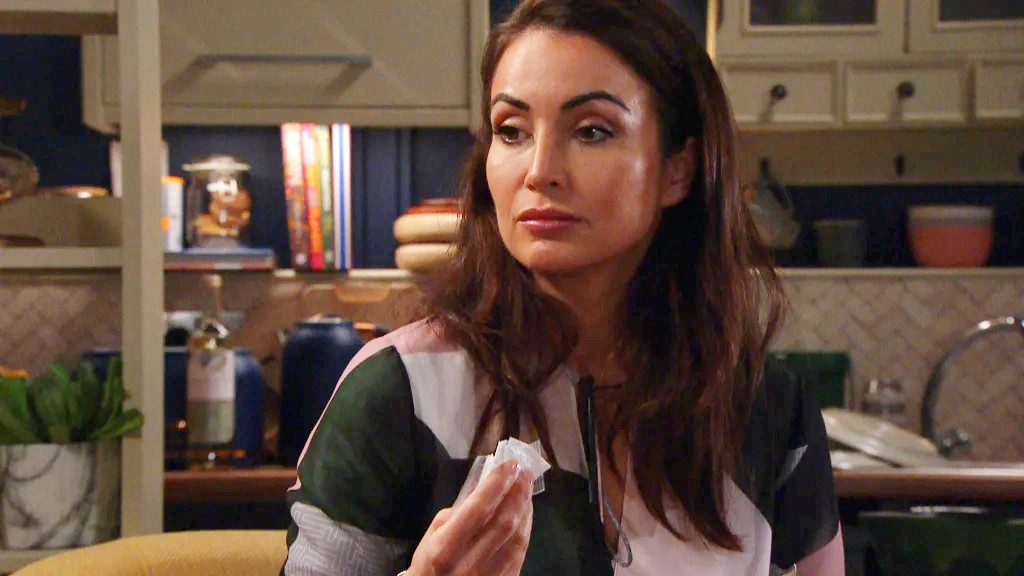 Leyla (Roxy Shahidi)’s drug problem has been getting more and more out of control on Emmerdale. She’s tried to stop taking cocaine on numerous occasions after almost being caught or after warnings from Suzy (Martelle Edinborough) about the danger she’s putting herself in, but she keeps being drawn back to drug-taking.

Her husband Liam (Jonny McPherson) has been getting increasingly concerned about her erratic behaviour and has come up with various explanations – that she has PTSD after her horrific experiences at the hands of Meena, or even that she might be pregnant.

Obviously something has to give, and in upcoming episodes Leyla makes a big decision – she’s going to confess everything to her husband.

It all comes about after Liam gets worried about the amount of alcohol his wife is drinking and he’s even more concerned when Priya (Fiona Wade) tells him that Leyla wasn’t out drinking with her, as Leyla told him she was. Leyla tries to cover by saying she’s struggling with grief after the death of Liam’s daughter, Leanna.

Exploiting Liam’s grief over his beloved daughter in this way is a cruel move, and it’s perhaps realising that she’s stooped so low that finally brings Leyla to her senses.

Coming home late at night after Liam is already asleep, she places her bags of coke on the table, ready to confess everything in the morning.

Will she go through with it? And how will Liam react?