After 177 episodes, 11 seasons and 12 years, The Walking Dead has said its final goodbyes and has ended in a suitably dramatic and bloody fashion – kind of.

MORE: The Walking Dead: why did Jon Bernthal leave and will he return as Shane Walsh?

While it’s true the landmark zombie series has said its final goodbye, much like Walkers, the series will continue to live on after its death with the help of a series of spin-offs. But the main series will remain a cult favorite for years to come, with the series finale “Rest in Peace” doing exactly what it says on the tin.

WATCH: The official trailer for The Walking Dead’s final season

So what exactly happened in the season finale, how exactly did Rick Grimes (and a couple of others) make a comeback, and what does the future hold for some of the shows most beloved characters? Here’s a full breakdown of everything that happened, and who didn’t make it out alive.

Who died in The Walking Dead series finale?

The Walking Dead wasted precisely zero minutes before the body count started, with Luke (Dan Fogler) and Jules (Alex Sgambati) being the first two to shuffle off this mortal coil.

MORE: 8 of the best Christmas films to watch on Netflix right now 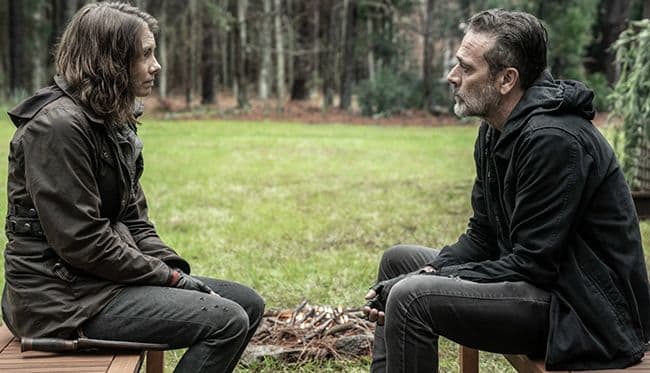 The show has ended after 11 seasons

After being cornered by a horde in the Commonwealth at the end of the penultimate episode, “Family”, Jules was eaten alive by Walkers, and while Luke tried to fight for his life, he eventually succumbed to his injuries in the hospital.

Despite fears for her safety, Judith (Cailey Fleming) actually managed to survive getting shot, proving once and for all she is practically indestructible. She was given a helping hand by Daryl (Norman Reedus) with a blood transfusion to keep her going after getting to the hospital.

As she recovers, she tells Daryl her hopes to reunite with her dad Rick (Andrew Lincoln) and Michonne (Danai Gurira) one day soon, with Michonna already trying to hunt down the missing former-leading man.

MORE: Welcome to Wrexham: everything we know about season 2 so far

Next up on the chopping block was, sadly, Rosita, who got bitten in her escape attempt with her daughter Coco, Gabriel, Eugene, and children in an ambulance. When they were surrounded by walkers, Gabriel and Eugene managed to shimmy up a pipe to safety, but Rosita slipped, and while protecting Coco, one of those pesky zombies grabbed a bite.

Initially hiding it from everyone, she eventually tells Eugene. Saying her goodbyes in emotional scenes later before she becomes a walker, Rosita leaves her fate in the hands of Eugene, telling him she was glad it was him in the end.

Someone most fans were hoping would die was Pamela, governor of the Commonwealth, this also didn’t come to pass, though she was finally captured by our leading squad and arrested. When she considered feeding herself to a now-Walkered former right-hand man Lance, Maggie shoots him to make sure she can’t. Instead, she’s going to suffer.

The show fasts forward a year and we now see our favorite group of survivors rebuilding a world where they are far more content. King Ezekiel (Khary Payton) has replaced Pamela as leader of the Commonwealth, with Carol (Melissa McBride) and Mercer (Michael James Shaw) his backups. Daryl and Connie seem closer than ever (though are they together? Guess we won’t know until his spin-off), and Judith is remaining penpals with an absent Negan, who sends her back the compass she once gave him.

MORE: 9-1-1: Lone Star new post worries fans that character will be killed off in season 4

As Daryl sets off on his own, he has an emotional goodbye with his long-time best friend Carol as their lives head down different paths and new responsibilities, and leaves his beloved Dog in the care of Judith. His mission? Find Michonne and Rick.

How does The Walking Dead finale set up the spin-offs?

On top of the already existing Fear The Walking Dead and World Beyond, fans are already aware numerous spin-offs are in the works. While there’s the upcoming Rick Grimes series (more on that in a second) and of course, the Daryl Dixon spin-off, there were some major developments regarding warring pair Negan (Jeffrey Dean Morgan) and Maggie (Lauren Cohan). The duo really starts working through their issues in the season finale, with Negan trying to make amends for murdering Maggie’s other half, Glenn.

Did you enjoy the finale?

Turns out, it’s hard to mend things after you force someone to watch their soulmate get their head bashed in with a barbed wire baseball bat (funny that), and since Maggie returned into the fold, she’s not been best pleased with Negan being present, even with a redemptive arc.

So, he attempts to prove to her he’s changed by killing Pamela off on her behalf. The pair later reflect on their fractured forced friendship, and she admits while she’ll never forgive him, she “doesn’t want to hate him anymore”. This sets the stage for their upcoming spin-off, where they team up as they move forward.

How does Rick Grimes return to the world of The Walking Dead?

The return of Andrew Lincoln as Rick Grimes has been the million-dollar question since he left the series back in 2018 after nine seasons as the main protagonist. While he didn’t die, he was mysteriously taken away by a helicopter when he was on the verge of death, never to be seen again.

Michonne (Danai Gurira) made her exit soon after in an attempt to find him… and finally, we have some answers about what that all means. In the show’s final moments, viewers are reunited with both Rick and Michonne… although they’re still not together. It’s not clear where they are or when. 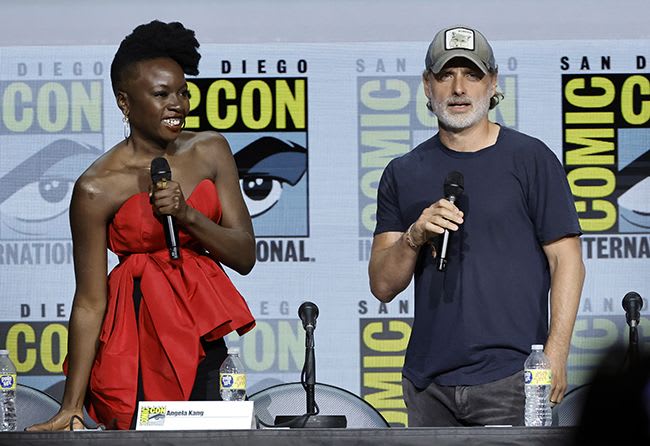 Rick Grimes made a comeback for the finale

The scenes see them both writing letters, and cuts between what each of them is saying. In a poignant moment, both acknowledge the dead, and the living, and what they’ve been through up to that point. The letters and notes after for Judith and their shared family, as Michonne notes to her distant daughter Judith, “We’ll always be together, even when we’re apart. We, together, are the strongest thing. We’re love, and love is endless.”

Michonne vows to find Rick because, as she says it, she knows “he’s trying to find us.” Rick meanwhile has a handful of his belongings and is sitting on a riverbank, alone. “I know you’re back there. I know your brother is back there. Just as sure as I know [Rick’s] out there. Somewhere,” Michonne writes. “Not just as a part of us. He’s alive out there.” As Rick is chased down and told to surrender by a helicopter, Michonne seems far more on her feet (or horseback) as she finishes her letter. In both of their final moments, each recites one sentence: “We’re the ones who live.”

The Walking Dead is available on AMC+ in the US and Disney+ in the UK.